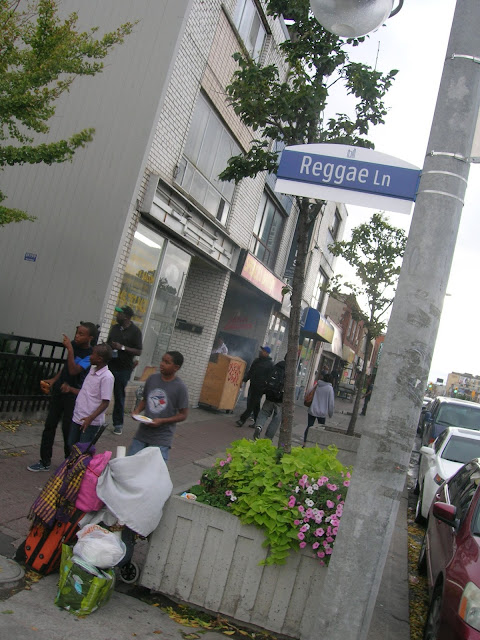 My friend Julion King will be describing for you the historical events of last Saturday when Canada became the first country in the world to acknowledge the cultural real estate value of a community that birthed conditions for the cultivation of true reggae artists. From his blog comes the following text. For photos and more detail, please visit him here: http://www.canadianreggaeworld.com/blog/julions-reggae-lane-celebration-review-on-19th-september-2015 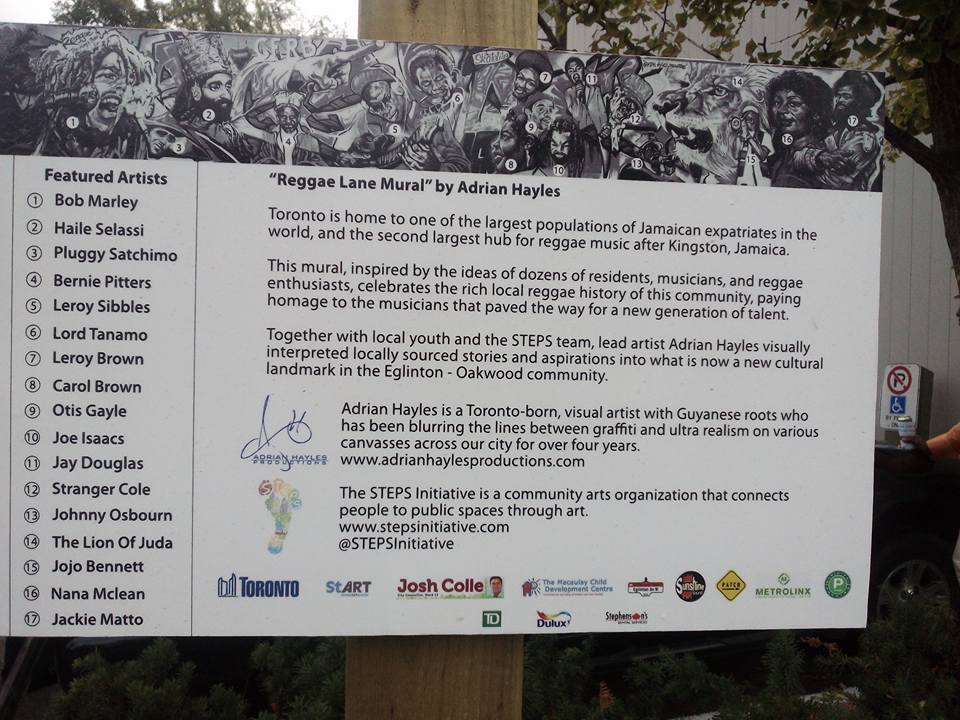 Grateful
That is what I feel about how the Reggae Lane celebration on Saturday 19th September, 2015 went.  The greetings of long time brethrens and sistrens who travelled a long road together, some not seeing each other for over two decades hugged and greeted each other with such love!  Those moments trumped any thoughts that I might have had in regards to whether the RL initiative was a good idea or not as it pertained to the supposedly controversial location. 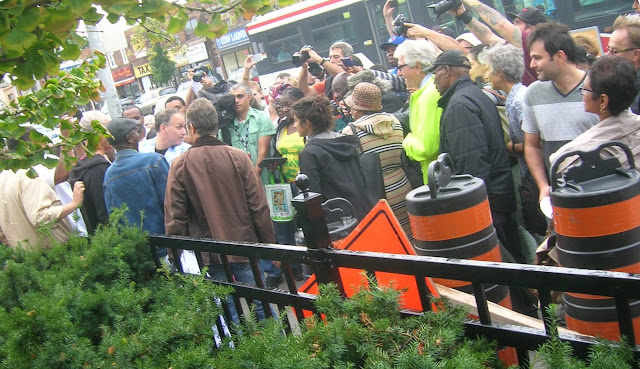 Reggae won on this day!  I got to witness the pure LOVE these veterans felt and the fact that many were able to speak on the microphone and share their day in the sun.

Overcast skies, heavy downpour that threatened to hang around all day yet I knew that all was well.  Turned the corner in the parking lot and saw folks milling around under tents seemingly thinking that the day was lost.  The clouds relaxed and we had our reggae day.
Blue tarps covering all of the musical equipment and stage donated by Sunshine Sound, Mr. Warren Webley protecting his generous gift of equipment for the event as well as the labour to set up and pull down after the days’ festivities was over.  Lots of detractors flapping their gums yet efforts like Sunshine’s must be mentioned as he selflessly aided the event’s success.  Forever grateful Papa Shine!  Even though all of the politicking and stress you put the community and the music first.  Bless Jay  Douglas for taking the time and asking Sunshine for his support.
Honour
What must it feel like to be honored among your peers, Toronto reggae fans and even the world?  Couldn’t tell you what it feels like but I can show you what it looked like.  Look at the faces of the veterans! 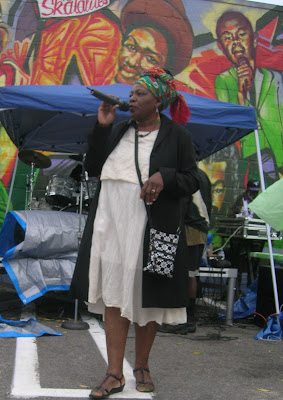 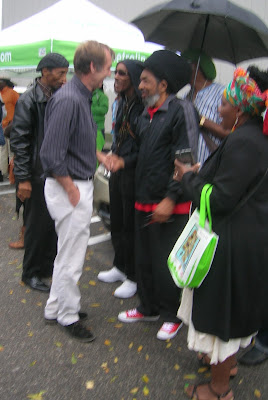 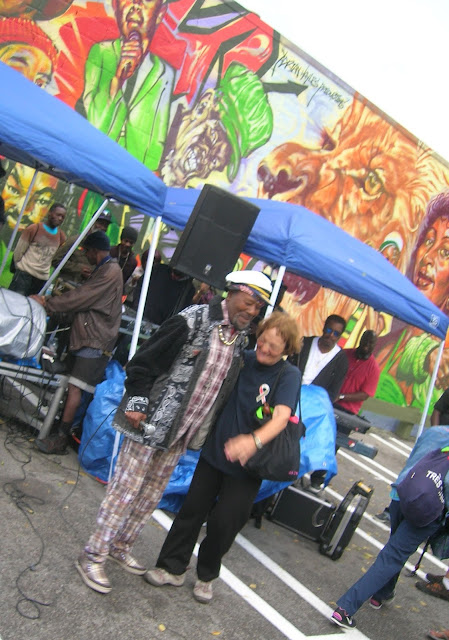 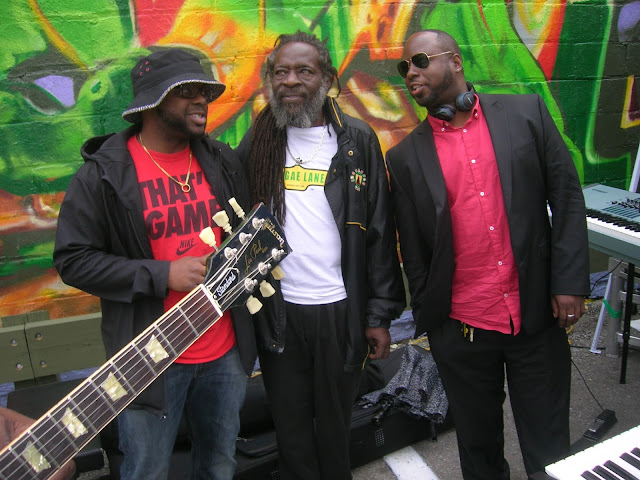 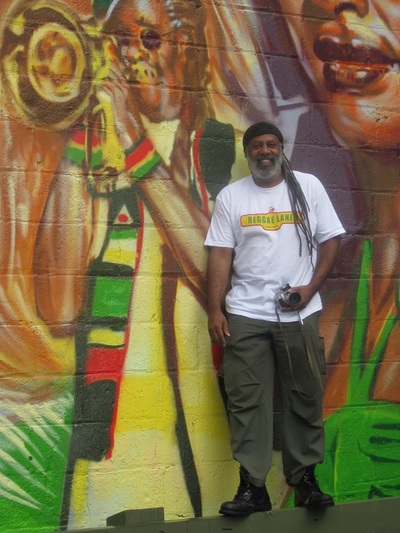 Disregard-ism
The story of Reggae Lane got covered by The Metro News, The Jamaica Star, Tuff Gong Worldwide as well as The Toronto Star yet NO ONE from the Canadian music scene was there.  NONE!  They never are and never will be!
Who wasn’t there?  There were no music people!  Sony, Emi, Warner, Attic (don’t think that they still exist), Universal Music, Much Music, Juno committee, CRTC,  or any other relevant sources that lets one know that they are a part of the music industry.  None were present!  Their ability to discard reggae’s involvement, input, showcasing is normal Canadian music industry behavior.  On top of fighting the crabs within our own industry, we face disregard from the so called Canadian music industry.

Yet as I have always mentioned, we DO NOT NEED VALIDATION FROM ANYONE!  I already know my worth and that of reggae music worldwide so I respect and thank Councillor Josh Colle greatly for recognizing the importance of reggae’s contribution to Canada, preserving it through the naming of Reggae Lane and what we as the fans and participants do with it going forward is totally on us.

Another moment of glee was when Fergus Hambleton held the microphone and free-styled on a riddim.  The place went crazy!  Lots of folks went up to him afterward and asked him who he was....lmaooooooo!!!!  This humble lead singer of The Sattalites answered graciously and moved on to the next.  For those who don't know, The Sattalites have been performing at The Orbit Room, 580a College Street west weekly, for over a decade now.  EVERY TUESDAY NIGHT!

Reggae Futures
What do we do with Reggae Lane going forward?  How do we get an opportunity to use this leverage that has been bestowed upon us and promote the music properly from within colonial Canada?  How do we use the Lane and that parking lot effectively in the years to come?  Tourists from around the world are already headed to Reggae Lane to snap photos with the mural.  I challenge us the fans and the reggae participants to step up our game even in the face of blatant disregard from the powers that be,  Reggae music is needed more in this country and in this time on the planet as is evidenced by reggae's popularity worldwide

Reggae music does not care where the good hearts are...it just goes there. 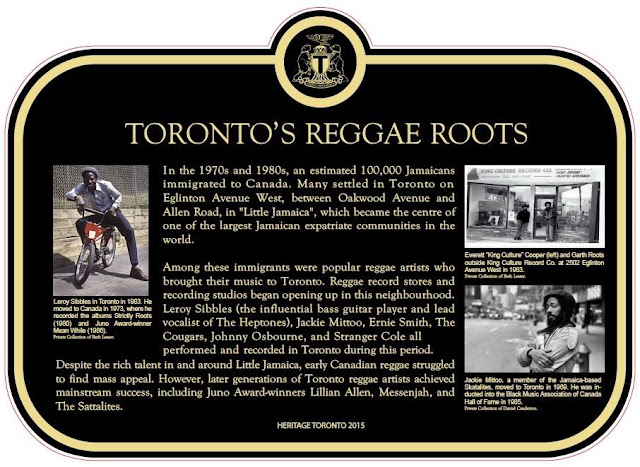