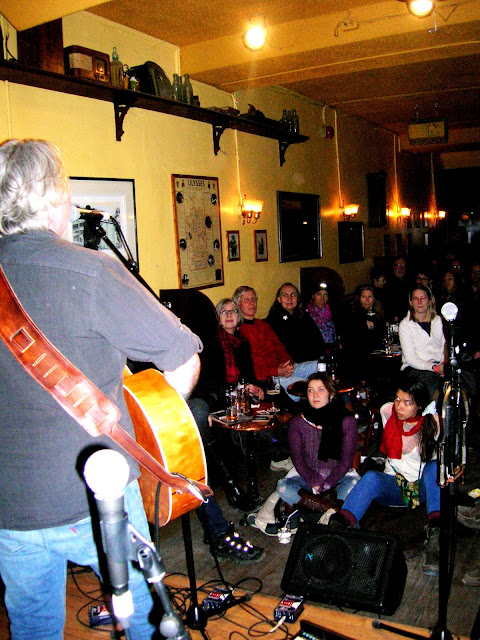 Denim was thoroughly tucked and poorboy caps were pulled down to cover as much ear area as was fashionably possible this past frosty weekend in Toronto's Danforth / Broadview matrix, as families, friends and fiddlers got down to some earnest song-doings.
And yes, there wuz antlers. 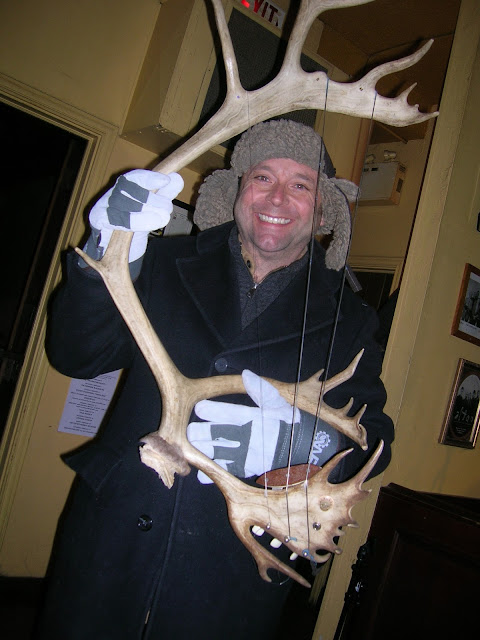 Eyes were a-twinkle with joy, cider and wind-chill factors as a storm of blues, ballads and plunk-rock hovered for three days over this fourteenth annual festival of rootsy Americana and Canadiana music. 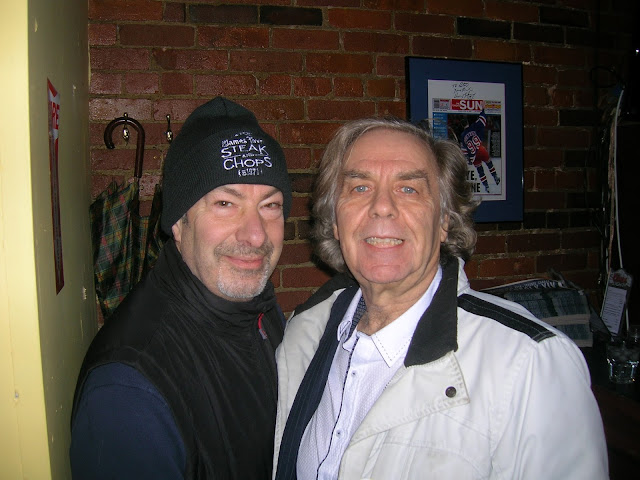 Telecasters and flat tops were in abundance as fretmasters went from pub to pub on errands of guitar wizardry. Valuable instruments were even seen being squeezed protectively into washroom cubicles. Highlights included workshops, song swaps, showcases and one particulary significant tribute on Sunday to the recently departed Ron Hynes. Not only a major representative of the honey flow of Newfoundland lyricism, he was the creator of an inestimable contribution to the world-renowned Canadian Songbook. His death was in the same order of irrevocable heartbreak that his lyrics portrayed. 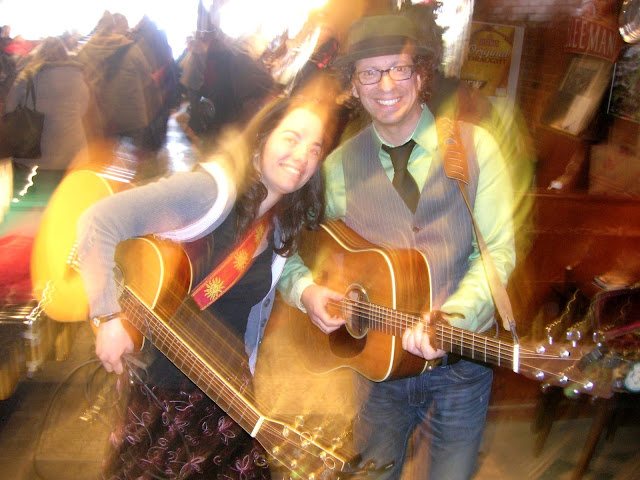 On hand to celebrate his music were the top seed of Canadian singers and songwriters. The finale of Sonny's Dream, led by Shawna Caspi, although set up as an crowd singalong, produced such a haunting blend of strong emotion and harmony that the audience kept a silent respect for the power of the moment.

The permanent smiles and easy camaraderie of the crowds, musicians and volunteers made the whole thing go along smoothly, and the weekend was another success for community and culture in this city. One criticism was the failure of some venues to manage their indoor temperatures comfortably. The question of perhaps extending the event to include Family Day next year was also on many peoples' minds. 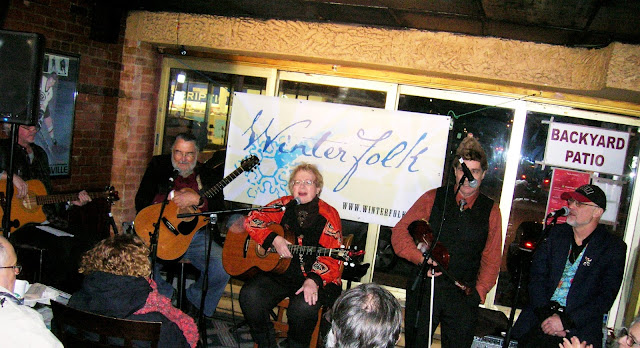 The clarion voice of Joanne Crabtree rang out over the NBA coverage with anthems and authentic folk songs at Terri-o's sports bar Saturday. 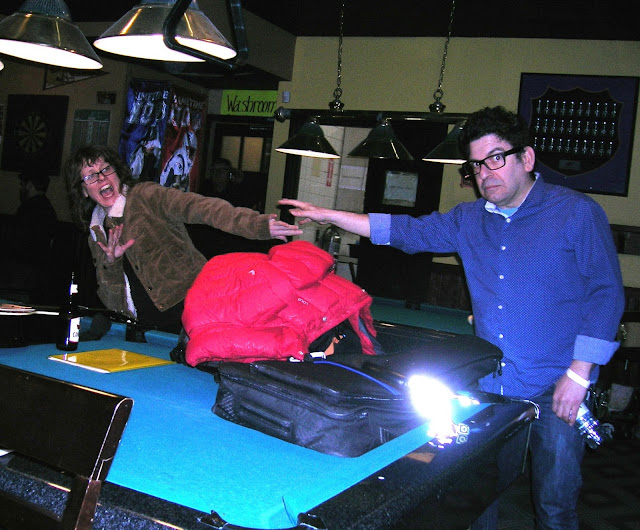 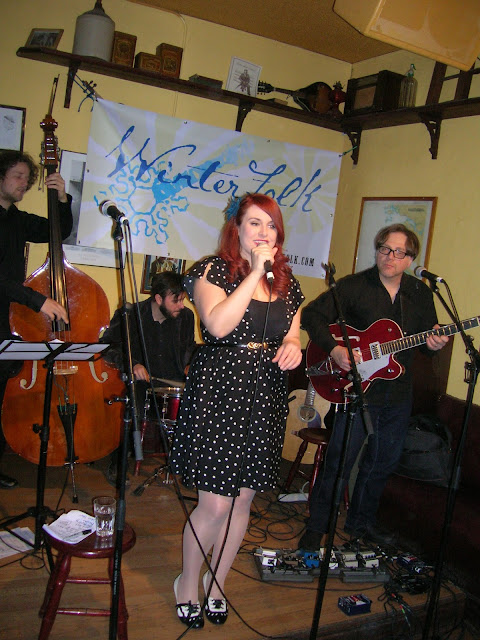 Next year will mark the 15th Anniversary of the event, and it will again provide one of the few reasons to look forward to February. Find out what else you missed here >>>>      http://www.winterfolk.com/xivschedule/
Posted by Corby's Orbit at Monday, February 15, 2016