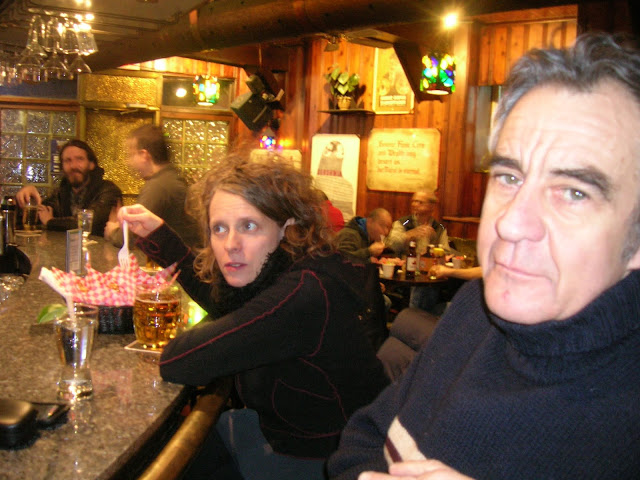 Gaskin & Rebecca Campbell at a favourite venue - The  Imperial PUBlic Library
On one of those miraculously clear and deliriously bright October Sundays recently, a church in a quiet harbour on Toronto Island was filled up to its legal limit with celebration and fond reminiscences of a man who had staged many memorable performances there in its warm and resonant space during his lifetime. St. Andrew by-the-Lake was an epicenter of strong emotion, hot toddies, and pumpkin pie for a day dedicated to impresario / DJ Ron Gaskin's life and legacy as part of the Toronto and international musical community.
The church bell rang brightly just before Ron's son Callum 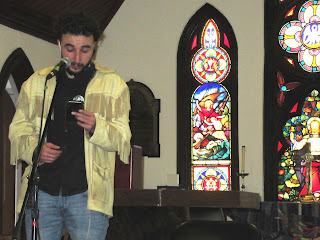 took the stage in his Dad's vintage buckskin fringe jacket ("It smells like him") to summon the attention of friends, family and dogs into a state of that whimsical thoughtfulness which was characteristic of Ron's habitual state of grace. 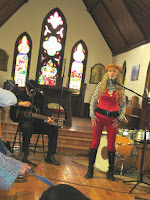 Performances and testimonials evolved with caprice and growing intensity, including music by some of his former compadres Rusty McCarthy and Maja Bannerman (right) 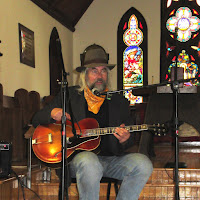 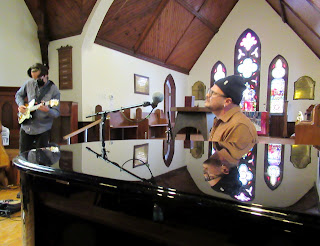 The tributes to the man were by turns hilarious and deeply moving, recounting his association with such pivotal cultural innovations as The Free School at Rochdale, a way-ahead-of-its-time health food store in Peterborough, CCMC, The Music Gallery, This Ain't The Rosedale Library (owner Charlie  below), 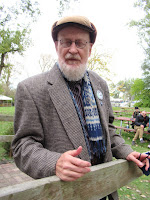 CKLN.FM, The Guelph Jazz Festival, Rough Idea, and countless productions and subversions, building to a teardrop crescendo with the overflowing love expressed by his brother Mark, his sister Donne and finally, his mother Eleanor, 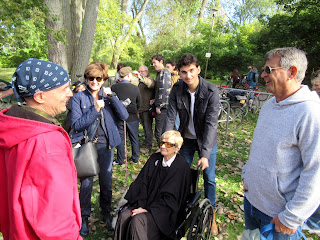 who told us all to "Go out and share some of this love that you feel today with other people, and spread my son's spirit."

Above L to R: Tim Posgate, Donne, Eleanor and Mark 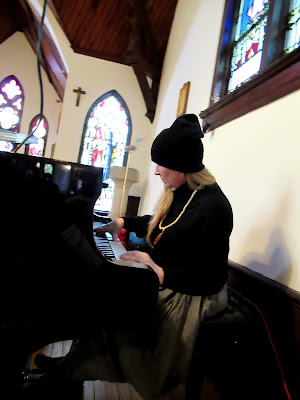 And then, Anne Bourne, who had slipped quietly behind the piano, brought down a heavenly rhapsody that reminded us by example of Ron's message - that music can express truths  and heal pain beyond the power of words.