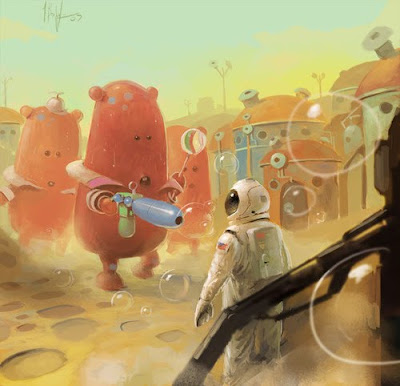 Let go of gravity!!!! Soft Landing Approaching!!!!
Alex Cuba will be there giving us the love as we depressurize for the most delirious and MAJESTIC TRAJECTORY that current flight plans will accommodate. Alex will be touring
a solid spectrum of Eastern Canada in a single week:
Chris Bartos, whose fresh-hatched Fort William disk has been much revolved in the Orbit, will present a vision of the Old York and Moonshine gigs forthcoming. Stay so tuned. And then all Ukuleles break loose with "The Mighty Uke" directors Tony Coleman and Margaret Meagher. This intensely musical film returns to THE ROYAL cinema at 8PM FRIDAY APRIL 9 following its sold-out January premiere, and fresh from a string of successful roadshows in California andHawaii with ukulele virtuoso JAMES HILL and cellist extraordinaire Anne Davison
performing LIVE ON STAGE. Oh snap, did I mention an interview with The Low Anthem? They parlay their exemplary Oh My God, Charlie Darwin cd into a gig at the Church of the Redeemer on Saturday night. You would have heard them already, if you were paying attention. So awaken your inner bouyancy. Awaken your dreams; even the commonplace will in some ways seem strange. A state of martial love has been declared. You will be coerced to kiss, bullied to embrace, and exhorted to consort by Orbital Sensensory Perception. Rise to the occasion