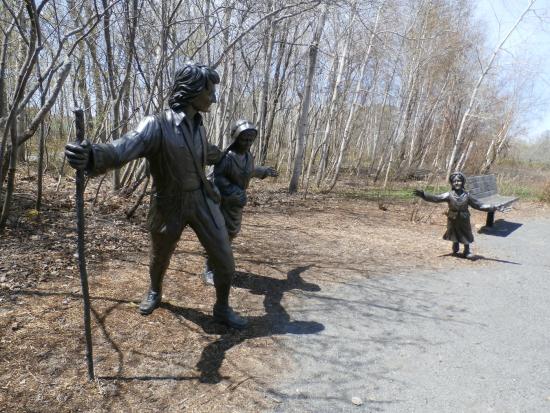 Burnished by Robbie Robertson's robust imagery and his flair for nuanced incident,
The Band's Acadian Driftwood
from 1975's Northern Lights Southern Cross LP presents an episodic insight into the historic disgrace known as the Expulsion of the Acadians.

"They signed a treaty and our homes were taken..."

From 1755 onwards, Maritime French settlers were uprooted and forced from their land by Charles Lawrence and the British government because of their language and allegiances, transformed into refugees by a harsh political environment.

"Loved ones forsaken, they didn't give a damn."

There was no claim to neutrality permitted: all were removed. Racial and religious motivations expedited British political and military goals. Roman Catholicism was unwelcome, and the Mi'kmaq alliance with the French needed to be dismantled as well.

The pathos of this epic song is enhanced by Byron Berline's haunting fiddle and Garth Hudson's synthesized military fifes, by the lyrical coda of nostalgic patois and by the retrospective knowledge that this would be the last great song produced by this country's most musically significant rock ensemble ever.