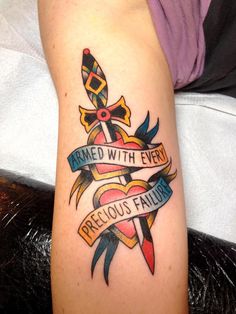 The songs of John K. Samson bleed out through the deliberate and epic patience of his band The Weakerthans. The songs render the listener progressively more and more helpless as the lyrics congeal into private articulations that make more sense to the feelings than to the mind. They have never had breakout success, although in 2005, Left and Leaving was named one of the ten best Canadian albums of all time in Chart magazine's reader poll.  The song Pamphleteer, from that epic second album, has an organic connection to Aside and My Favourite Chords and the title track, but stands above them, perhaps most for its noble Canadian stubbornness against “all that I could never overcome.”
Nowadays, the band is essentially broken up, although they claim to be merely “cryogenically frozen”.
It all sounds weird, I know, but that is because they are from Winnipeg, even more so than they are from Canada. Here is a summation from someone who has insightfully explained the significance of the band, and their special city, from an article in GEIST: http://www.geist.com/fact/essays/city-still-breathing-listening-weakerthans/
“ One of my favourite Weakerthans songs is about politics, or maybe about the limitations of politics. It’s called “Pamphleteer” and it’s written from the point of view of a weary, discontented activist standing on a street corner at rush hour, handing out leaflets. The song borrows nicely from the literature of the left; it ends with the line “A spectre’s haunting Albert Street,” echoing the first line of the Communist Manifesto: “A spectre is haunting Europe.” And it quotes from the protest hymn “Solidarity Forever,” like this:
The quote is from “Solidarity Forever”— there’s a footnote in the lyric sheet that says so—but what I love about it is the way that the lyrics subvert the anthem, so that it’s no longer about political struggle but about lost love.” City Still Breathing: Listening to the Weakerthans by Paul Tough

Email ThisBlogThis!Share to TwitterShare to FacebookShare to Pinterest
Labels: Canada 150, The Weakerthans