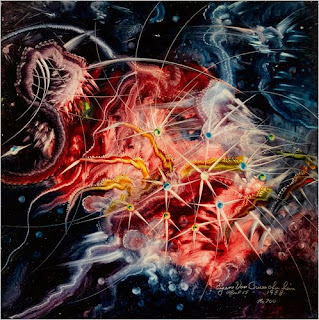 Sade - Soldier Of Love (Official Video)
Uploaded by GaGa-Vision. - Watch more music videos, in HD!
As promised, if the Orbit is rockin', don't bother knockin'...JUST COME IN!!!
On a musical spree for three hours Friday the 15th, the live-ication to the people of Haiti and a long conversation with Danny Marks opened the show. Danny revisited some high and low spots in his career (turning Robert Plant's amp off at the O'Keefe, learning from Rough Trade's Kevan Staples a secret guy-trick)and he played two songs live, including his tribute to Lonnie Johnson. Then Gary, a First-Nations activist arrived to name names and detail his attempts to find justice for the generations of residential school victims.catl arrived and pivoted the Orbit into a country blues trajectory with a preview of their show at the Silver Dollar; a version of Goodnight Irene drew out the fine vocal contiguity between catl and Sarah. (By way of spreadin' musical rumours....
I went 2C catl on Friday..people were dancing and SNEAKING CIGARETTES in the public darkness and th singer was saying very bad words and singing about death and girls loudly and Sarah had a purple sequin dress like on the cover of NOW spinning in tambourine ecstacy and the drummer went off like a machine gun with a heart.
Very XCITING, RAMJAM and DAM' CLOUDY).
Kiosk ESL students present in the studio were then treated to LIVE Acoustic Funk ( is that even possible? YESSSSSS!) from K.C. Roberts, Melodica Tod and Cajone Chino from Live Revolution.
The show was followed by an interview from Stuart Feedback Andrews with Reverend Ken Arnett, who has produced a documentary on the perfidy of the United Church in its treatment of residential schools. A circular spiritual orbit with jam and sprinkles.
Posted by Corby's Orbit at Saturday, January 16, 2010