Asa - The Way I Feel

I feel like we’re not angry enough
That while we wait, time’s ticking away
I feel there’s gonna be an explosion!

More lyrics: http://www.lyricsmania.com/the_way_i_feel_lyrics_asa.html
All about Asa: http://www.musictory.com/music/Asa
Posted by Corby's Orbit at Sunday, August 28, 2011 No comments:

Email ThisBlogThis!Share to TwitterShare to FacebookShare to Pinterest
Labels: Asa 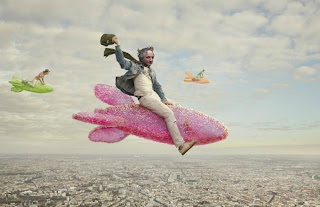 Email ThisBlogThis!Share to TwitterShare to FacebookShare to Pinterest
Labels: I Roy, Mike Angus 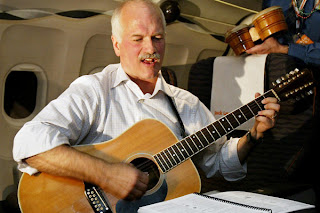 Re: Revocation of the CKLN-FM license
February 3, 2011
Dear Chairman von Finckenstein,
I am writing with regard to the CRTC’s recent decision to revoke the license of
CKLN-FM radio.
Independent, community-based radio is essential to our broadcasting system.
Diversity of ideas and analysis is important for a healthy democracy. For these
reasons, CKLN was created many years ago.
I understand that CKLN may have previously fallen out of compliance with CRTC
regulations. The station’s staff, however, has made efforts to remedy these past
problems. They are making progress and are determined to meet all the
requirements of their license renewal.
In light of these efforts, I believe the revocation of CKLN’s license to be
significantly premature. To echo the dissenting opinion of CRTC commissioner
Louise Poirier, I believe that the measure adopted is disproportionate to the fault
in question. It would have been more prudent and consistent with the
Commission’s common practices to issue a mandatory order accompanied by
close monitoring of the licensee. This would have constituted fair treatment for
CKLN Toronto.
CKLN has always worked hard to provide a voice to the marginalized and to
speak out against inequality.  It is vital that these voices not be silenced.

Should the decision of the CRTC to revoke CKLN’s license be appealed, I would
strongly urge the commission to reconsider the severity of the measure they
have decided to implement.
Yours Sincerely,
Hon. Jack Layton, MP, P.C.
Toronto-Danforth
Leader, New Democratic Party of Canada
Posted by Corby's Orbit at Saturday, August 27, 2011 No comments: 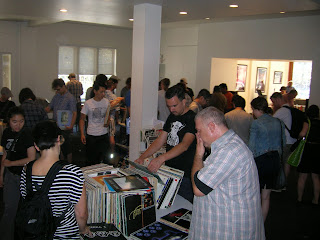 1.      People who don't need air, food or money are sometimes referred to as vinyl collectors. As many as had heard were at CKLN today to pick up legendary amounts of rare and immaculate records, from over 30 years of programming in local community radio at their Vintage Vinyl Sale. Labelled "CRFM" or "CKLN Do Not Steal", thousands of disks passed into private collections and dealerships, at prices that would make a yard sale regular hesitate to bargain further.
Surprising quantities of classical, soundtrack, jazz and even mainstream titles were stacked on floors, tables and corners amongst the alt. rock, funk and roots music that the station rose to prominence with in the 80's. (Hmm... not much reggae at all! ) The avalanche of Canadian content was inspiring, setting off memories of bands long forgotten. (Damn! Why didn't I grab that Vital Sines record?). Whole catalogues of artists were on sale. I realized that I had bought many of these titles from hearing them on CKLN in the first place.
What DID I pick up?
Thanks for asking!
Here's an insight into my programming from now 'til Christmas: 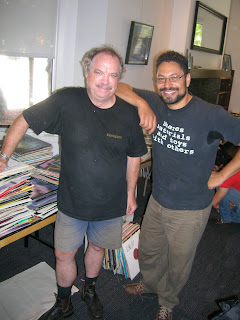 Thanks to Mike and Chris (above) and Jacky for organizing a smooth, fun and unique shopping experience.
Posted by Corby's Orbit at Saturday, August 27, 2011 No comments:

Expresso Abso Tracto at the AGO Toronto 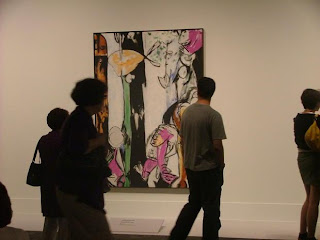 Dave and Linda and I went in out of the solar geometry of the August gorgeosity yesterday and visited the tracings, marks, stains, and discolourations that were jammed into the fuel lines of art in the late forties and burst into Abstract Expressionism New York.
Arshile Gorky, the Groucho Marx of the anti-glyph, met us at the door, with three succinct arguments against symbolism. "What do you feel?", he asked, and we had to dig deep, because we already knew his answers. Tragedy. Loss. Pain. And the intangible secret wind blowing behind the canvas draperies of beauty.
Big paintings were in scarce supply, but two huge exclamations by women dominated the next level of revelation. Eliminating the figures and organic imagery characteristic of the feminine eye, Joan Mitchell and Helen Frankenthaler bend us backwards, up into the scrutiny of emotional calligraphy.
Jackson Pollock is well represented, though nothing big enough to get lost in has travelled from New York. His Easter lily painting is a generous moment of pure colour in the complex grotto of his famous splatter.
Louise Bourgeois, on paper, and a wall or two of black and white photography by Siskind and Harry Calahan illustrate how second-nature this way of seeing has become to our strategic repertoires in these later days of image solution.
A totemic sculpture of wood, rope and ceramic opened the way to the colourfield experiment. As the pretense of connection to the visceral starts to dissolve in the far expeditions of Rothko and Motherwell and the chill of Franz Kline, our interest became critical.
After the drunken collapse of the AbEx style near the end of the exhibit and the gift shop hazard, I suggested we return to the front hall to thank Gorky (and his brothers, William Baziotes and De Kooning, who was playing jazz on the harp of the traditional female figure in a well-lit corner) for a wonderful eye-party. No one had invited Paul Klee or Charlie Parker, who would have been honoured to have been thought of as the most original of expressive avatars. Invite yourself sometime, see what you think. And feel.
Posted by Corby's Orbit at Sunday, August 21, 2011 No comments:

Email ThisBlogThis!Share to TwitterShare to FacebookShare to Pinterest
Labels: Art 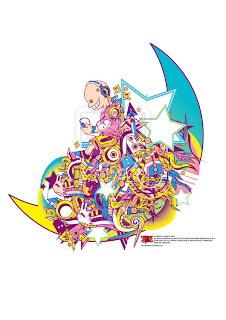 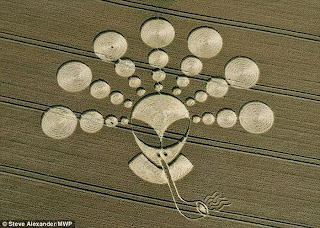 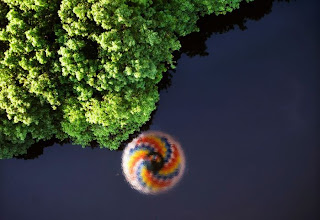 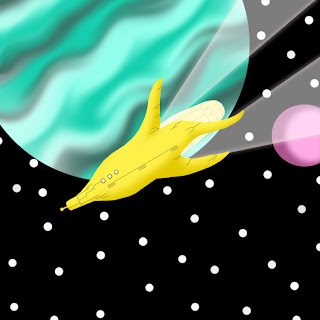 Illustration by Dan Arbro
Posted by Corby's Orbit at Saturday, August 20, 2011 No comments:

The Brazilian Congress is on the verge of approving a major rollback of the Brazilian Forestry
Code, already causing a huge spike in deforestation.
Leading forest guardians have been victims of murder and intimidation.

This is one of the defining environmental struggles of our times; the assault on the Amazon
must stop! We, the international community, need to stand in solidarity with the growing
numbers of Brazilians calling for environmental sanity and respect for human rights in the
Amazon. Together, we can make a difference.

at the Embassy of Brazil in Toronto, Ontario, Canada

In Toronto we will be painting our hands RED and placing red war paint on our face to be in
solidarity with the Indigenous People!

Aquecimento Global by
Posted by Corby's Orbit at Friday, August 19, 2011 No comments:

Email ThisBlogThis!Share to TwitterShare to FacebookShare to Pinterest
Labels: Brazil

Playlist for Corby’s Orbit on CKLN.FM, Show of Friday, 12 August, 2011
Host Paul Corby,
guest host John Leeson of http://to-music.posterous.com/65119692
(brought to you by flares in the sun, tears in the web and instinctive design,)
11-2 p.m. online. Canadians in red. 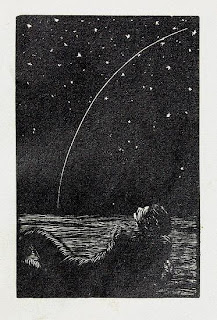 
Blues Comes To Town
The 24th Street Wailers – Got A Way With Me
Downchild Blues Band – Soaring
David Gogo – Do You Know How It Feels?
Doug Wamble – Think About It All 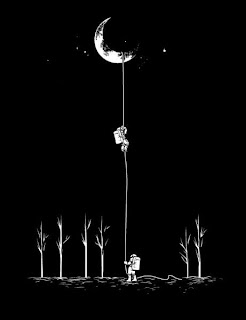 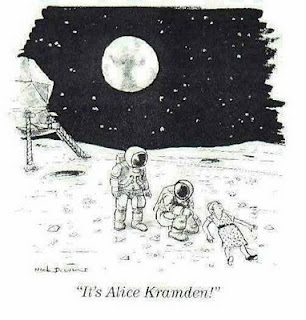 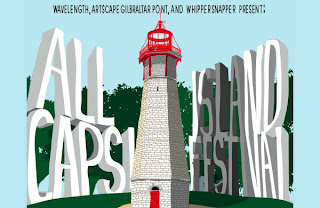 Two days of independent music and visual art - for all ages - in and around Artscape Gibraltar Point on Toronto Island.

Tickets available in advance at Soundscapes and Rotate This only.

John Leeson will be in the Orbital Selector Seat Tomorrow 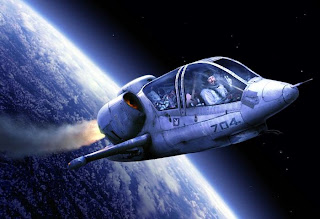 Find out what he has been listening to Friday afternoon at 1:00. 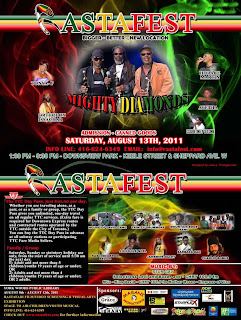 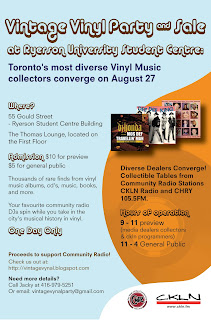 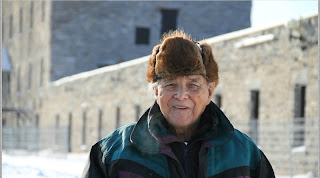