Playlist For Show Of 29 September 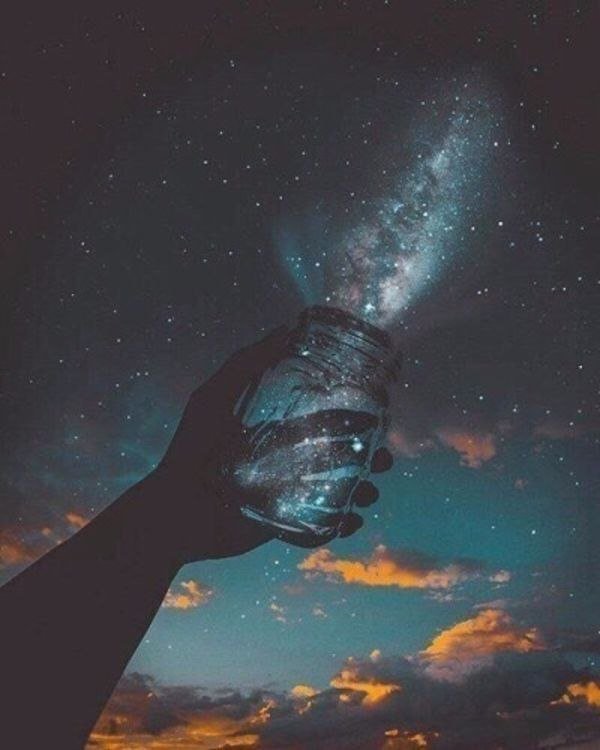 (Brought to you by Radiant Regions, Recess Ratios and Rating Your Agent) 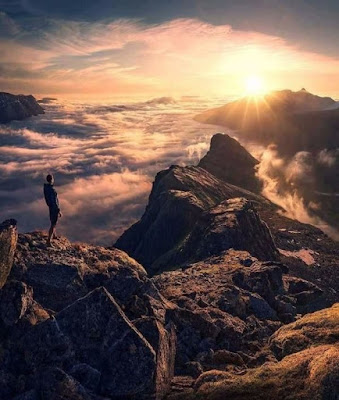 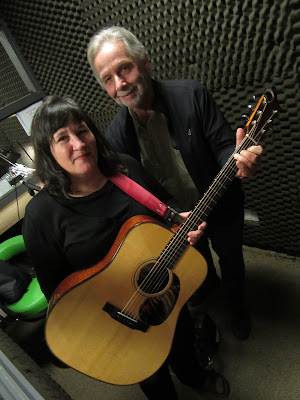 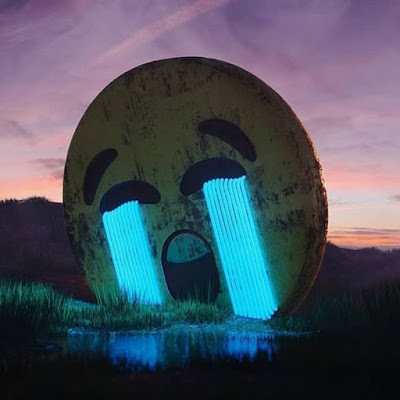 Posted by Corby's Orbit at Saturday, September 30, 2017 No comments:

Playlist For Show Of 22 September 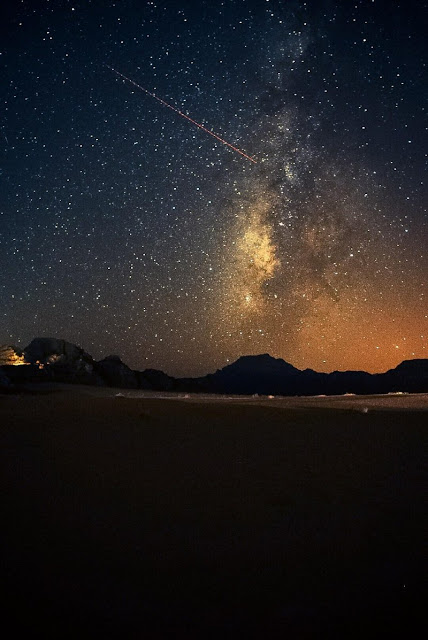 (Brought to you by Astronomic Upturn, Slavings Accounts & Outcome Tax) 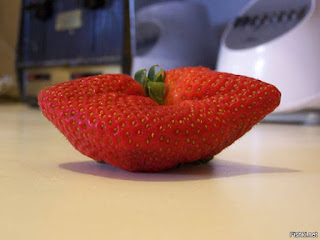 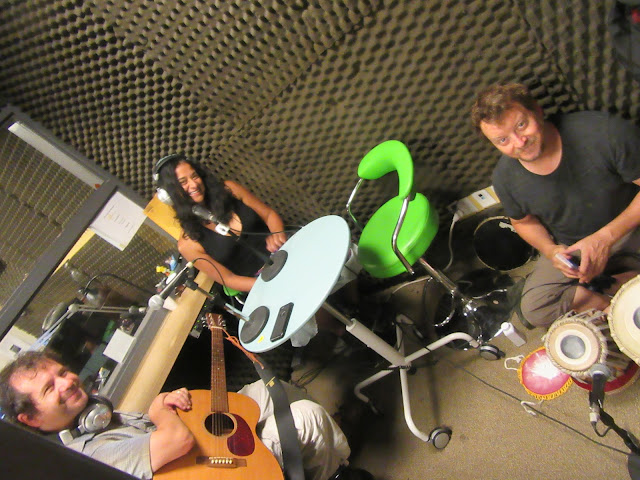 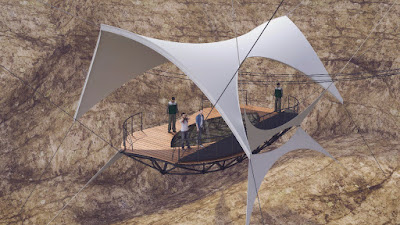 Posted by Corby's Orbit at Saturday, September 23, 2017 No comments: 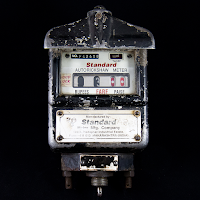 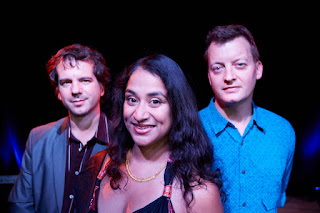 Autorickshaw, long-time large in Toronto, have brought METER, their fifth album, to reality. It 's being unleashed at Small World Music Centre next week, on the 28th and 29th of September. Featuring the mercurial vocal flavours of Suba Sankaran, Ed Hanley's complex tabla recipes and Dylan Bell on crisp butter-fried bass, the sound that the trio has been distilling for almost fifteen years emerges funky and capricious into a fresh new style and relevance. Suba and Ed will align live with the Orbit at 5:15 for an intense convo and live jam. Be so there. 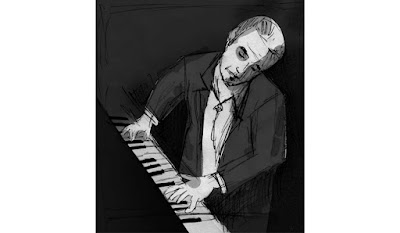 Further to the joint, a piano deity from across the Rockies is flying in for a show at Hugh`s Room Live: David Vest will give us a ding before his sound check to share his current concerns and concepts and discuss his performance this evening, Friday, 22 September with his band of vicious musicians, The Willing Victims.
Posted by Corby's Orbit at Thursday, September 21, 2017 No comments: 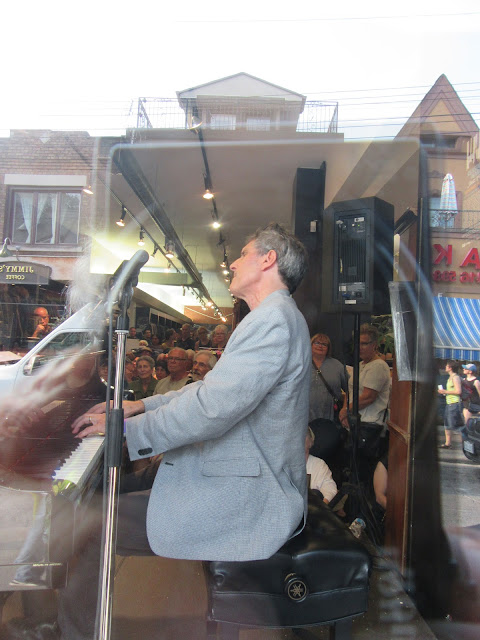 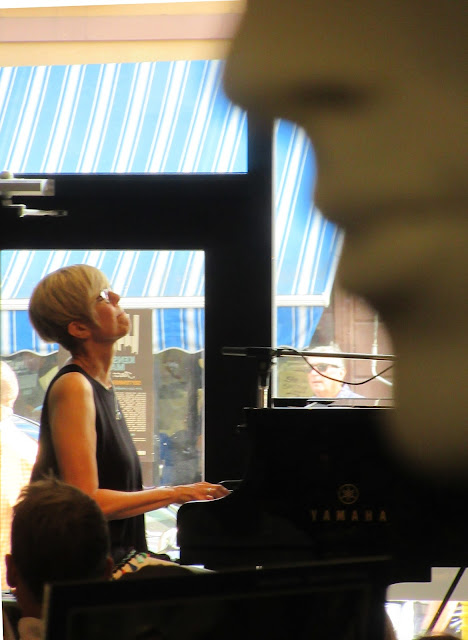 Nancy Walker melds pungence and poignance in her palette. 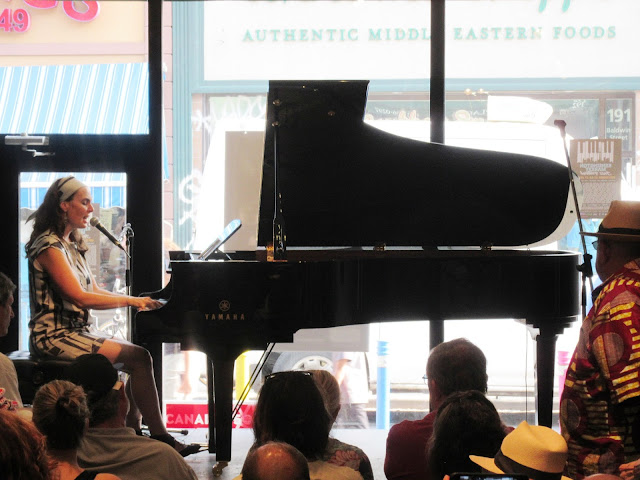 Elizabeth Shepherd addresses expressive and panoramic lyrical portals at Tom's Place, a hidden haberdashery tucked into the fabric of the Kensington community. 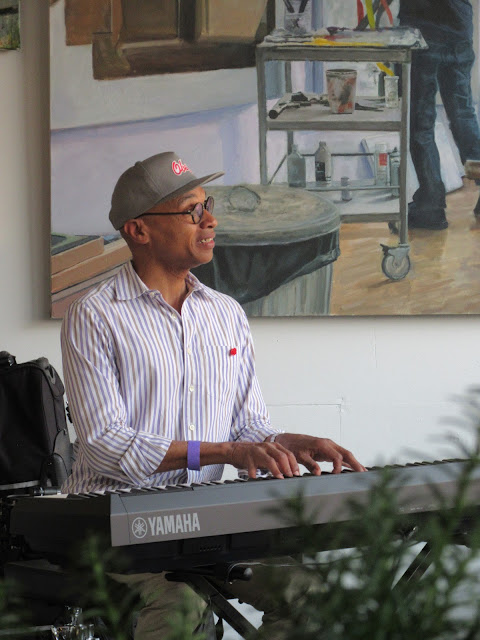 Deep in the shade of rhythm, Eddie Bullen cultivates the cool. 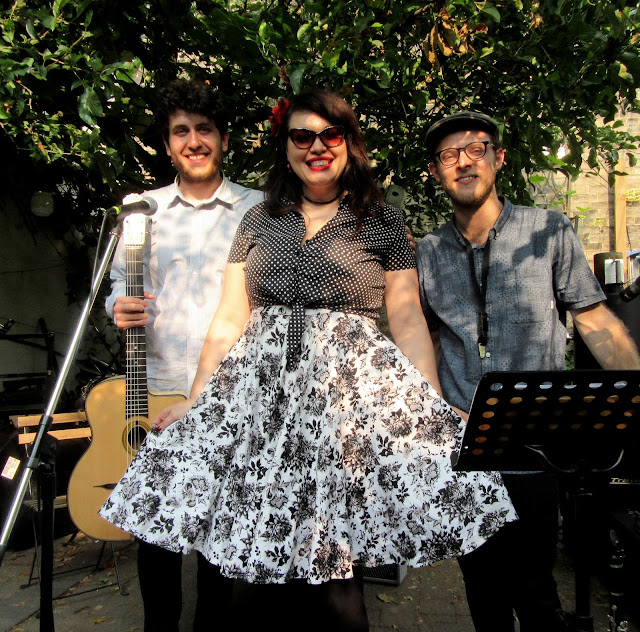 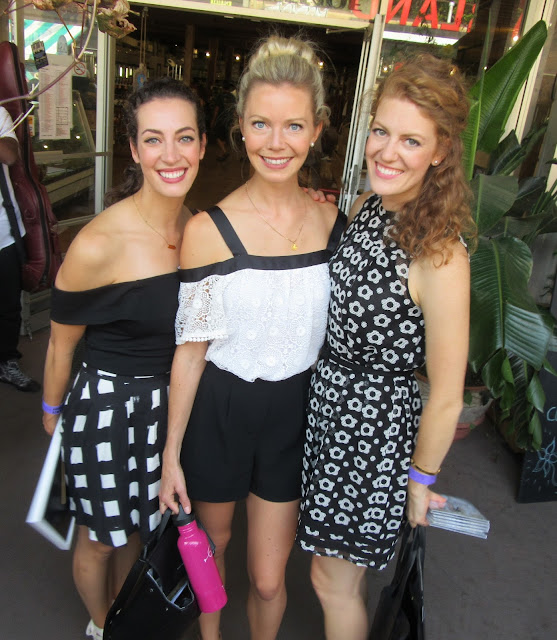 Piquance, pep and pearly whites flashing from Andrea, Lauren and Krista  of The Willows. Jacob Gorzhaltsan sweats out a sax solo to give Blue Jay Bart his first real whiff of jazz. 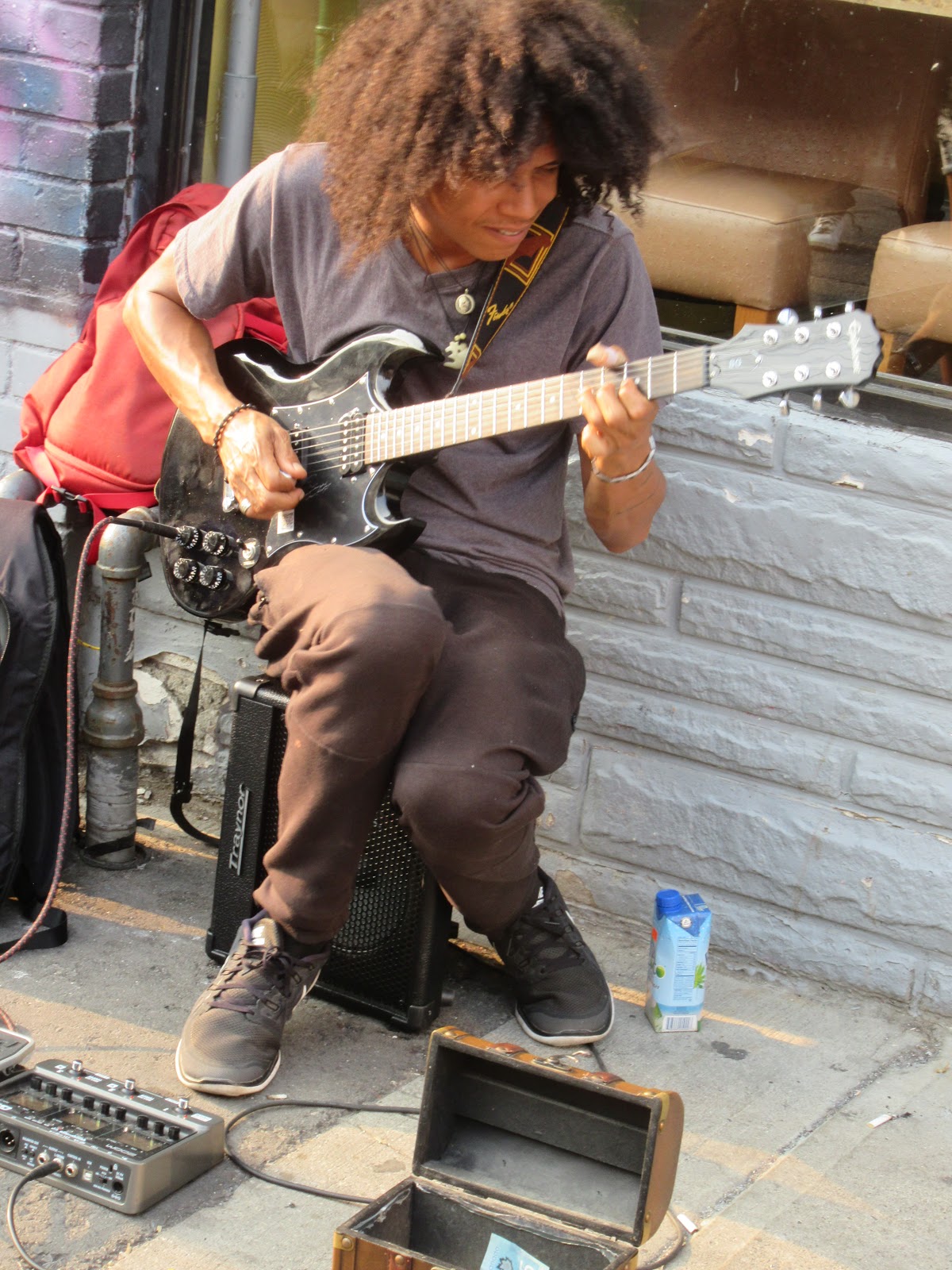 Shane hunkers down on a sweet, gritty, street-dirty groove. 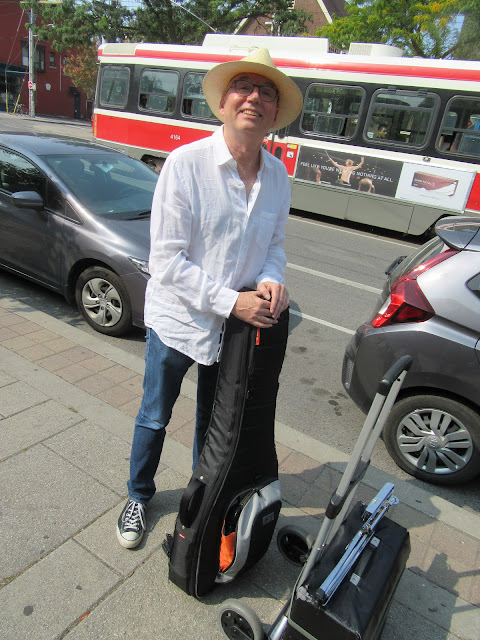 Parking spots are difficult to find in Kensington, but guitarists always have their pick. Ted Quinlan rolls into the festival in style. 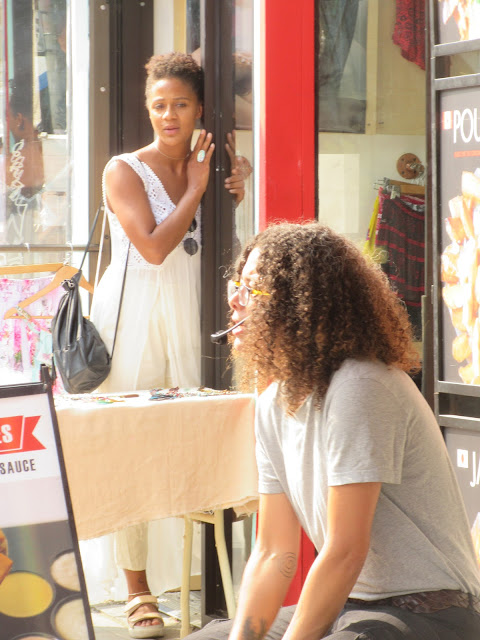 What is more beautiful: the music or the emotion that it summons ?
Posted by Corby's Orbit at Monday, September 18, 2017 No comments:

Playlist For Show Of 15 September 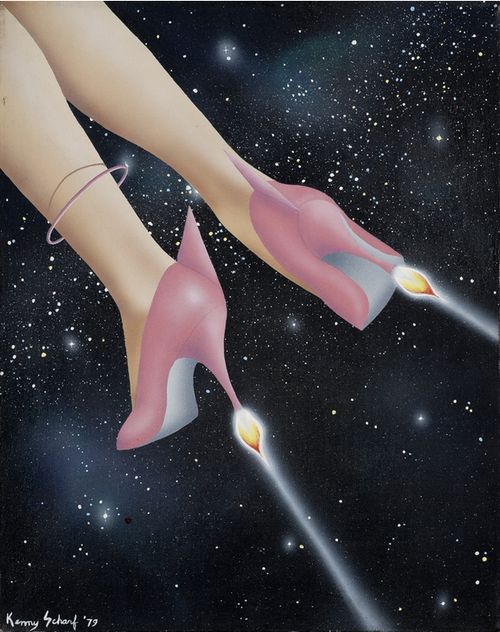 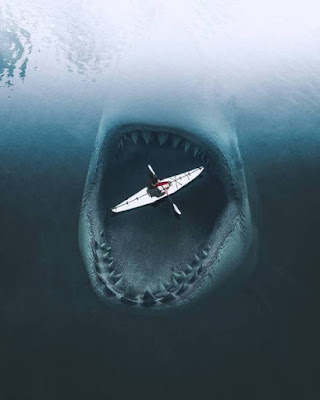 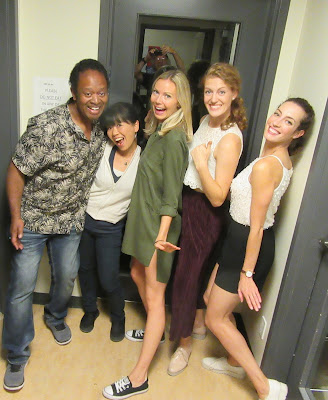 
Donné Roberts and Yuki, with Lauren Pedersen, Krista Deady and Andrea Gregorio of The Willows 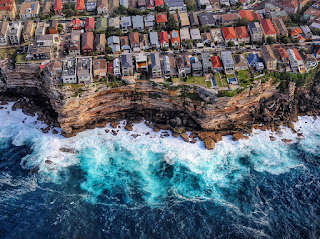 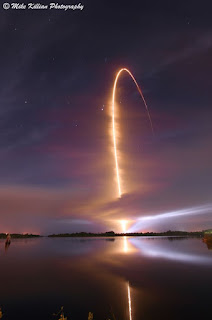 Posted by Corby's Orbit at Saturday, September 16, 2017 No comments: 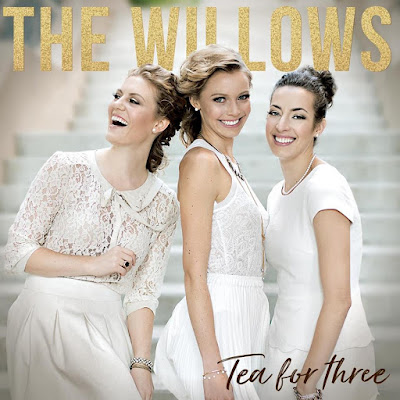 Early in the show, patch in for dreamy jazz a capella, live with
The Willows, who will be launching their new CD
Tea For Three and kicking off their cross-Canada tour at Jazz Bistro next Wednesday, 20 September. 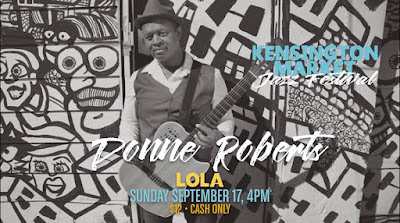 Then an afro-blues wave will roll aboard with a live listen to T.O. guitar champ


Donné Roberts, who is participating in Kensington Market Jazz Festival this Sunday at Lola, 4 p.m. And at around 6:30 intensely curatorial Newfoundland guitarist Matthew Byrne will call in from Saskatoon on his way across the country with news of his latest release
Horizon Lines.
The album carries on the vital legacy of laments, waltzes and shanties that galvanize the history of The Rock. Matthew will be at Hugh's Room Live on Thursday the 28th of September with his unique talents and repertoire.
Matthew Byne dates