Email ThisBlogThis!Share to TwitterShare to FacebookShare to Pinterest
Labels: The Warped 45's

Send Her Victorious, Happy and Glorious

I saw the Queen last night and she is, as the phrase never goes, all that, and extra plus, and then some. Toronto Downtown Jazz caringly curated her to about 6000 people to celebrate the opening of their 25th Festival. (Actually, the Festival began with the immaculate opener Jordan John singing "When You Wish Upon A Star). In return, she sang Cherokee as her opening number, along with a team of pink-faced horn players, a churchy rhythm section and a four piece choir. She sang A Natural Woman and Think perfunctorily, even briefly slipped into the "You need me" bridge instead of the "Freedom" bridge in the latter...and then, sometime during Curtis Mayfield's Something He Can Feel, she actually began to sing. Daydreaming followed, with intense work by the vocal quartet. (Aretha likes the same Aretha songs I like!) I Say A Little Prayer was delivered delightfully, allowing the crowd to echo "Forever" for her.

Time for a little break. She gathered up her foamy white train and step-walked offstage. A few pink-faced solos were passed around. Because Aretha broke her toe falling on a pile of Jimmy Choo shoes last week, she now has an even bigger pile. "Jimmy Choo is good", she joked, " they sent them over and said now don't fall on them all."

She came back after about five minutes and offered some music from her new record, A Woman Falling Out Of Love. B.B. King's Sweet Sixteen gave her the chance to sing the blues and I heard intervals and embellishments that I've never heard any other singer deliver, not even Aretha. When she sat down at the piano, (I always think of Carolyn Franklin when she does, and I bet she does too), everything clicked into place. "Don't trouble the water", chanted the ladies. And Aretha told us what to ask for when we're down and out, when we're on the street. And the ladies sang "Glory Hallelujah" and I looked around at all the women holding cameras over their heads and Muslim families and gay men hugging and noisy Haitians and old pastel jazz fans, and I thought "Here it comes", and she improvised some church lines, and she shook her head, and closed her eyes so that long Wonder Woman wig shimmered under the spotlight, and she ran up the piano with some Ray Charles filigrees and then she sang that word she'd been waiting all night long to sing: so high it was hard to even distinguish it from the other overflowing melismatic decorations: "Jeeeeeee-su-huss".

After that she was in high gear. She ran the opening piano motif of her splendid version of Sam Cooke's You Send Me, the horns took it up, the Haitians started talking excitedly about "Sam Kook", and at this point I noticed a cop dancing. Aretha announced Freeway of Love, complimented the crowd, and commenced her exit from the stage, which lasted about 15 minutes. I walked away in a blue surge of happy people in a proud city on the first Friday of summer. The true effects of authentic royalty were everywhere abundant. Video Courtesy of friendend on youtube.
Posted by Corby's Orbit at Saturday, June 25, 2011 No comments:

Noah & The Whale "Life Is Life" from Miky Wolf on Vimeo.

Email ThisBlogThis!Share to TwitterShare to FacebookShare to Pinterest
Labels: Noah and the Whale

Mr. Clemons, thank-you for your healing.

By Peter Ames Carlin - Posted on 15 June 2011
"I started working as a counselor at a reform school in New Jersey. I always told Bruce that if he'd been a bad kid he'd probably be one of my boys in reform school. But it was a tough job; most of these kids were disabled; it was the special treatment unit, an institution within the institution. Kids who had been taken advantage of by the regular community. And it was tough - trying to help these kids get through, knowing they'd be returning to the same life that got them into trouble. I just tried to give them something to hold onto.
"I taught them how to start a garden; how to use their hands to make things. Had them dig a garden and plant stuff they could eat immediately. The first crop was watermelons. All the other kids would walk by and tease them, but when the stuff grew up we'd sit outside those same kids would be back asking for some. My kids would be overjoyed: 'Now you want what we got!' That was a real sense of ownership.

"Sometimes I took my kids to this gym, these ten kids were so rough and loud. But I did this thing where we'd raise a parachute over our heads and then sit underneath it, on the edges, and as the parachute settled down we'd have to talk quietly, so when they came out they'd be whispering to each other. That was beautiful. 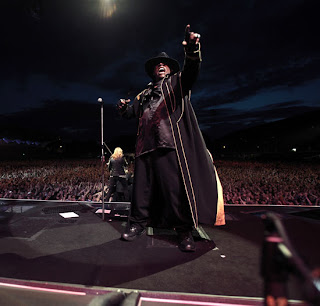 "Narada Michael Walden told me about Sri Chimnoy, and about meditation, and when I first did it I went so deep into it that when I came outof the trance I stood in front of a full-length mirror and didn't recognize myself. It was the freakiest thing I've ever been through. I mean, I liked the person I saw, but I had no idea who the fuck it was. Now before the show I always have a meditation. A quiet time when I ask God to come into my life and help me become a light, a beacon, to help guide people.
Posted by Corby's Orbit at Sunday, June 19, 2011 No comments:

The Best Band In The World is coming to T.O.

As a hard-core reggae gourmet, I feel much has gone undeveloped in the history of
reggae BANDS. The tradition is vibrant: Wailers, Third World, Aswad, Pulse, We The People,
Sagittarius, Roots Radics; but blendings and trendings have slowed the field, so that this century
has very few true innovative teams of musicians who can portray the timing, feel and consciousness
that are required: Easystar Allstars, Souljah Fyah and Skindred head a short list, and Jamaican-born
listeners might even eliminate all them.
So it was my ecstatic pleasure in the swamp of slushy snow that was CMW this year to stand
and listen and jump and prance to the music of Blue King Brown from Australia. They hold up
and add to the principles of highly charged reggae music. In Toronto you will have missed three
opportunities to see them. Van breakdown, snowstorm and bad scheduling have given them little
chance to find their audience here.
That's all changed. 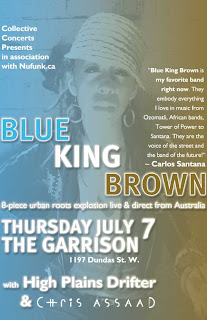 Coming in July to the Garrison. Be there or cut your hair. Satisfaction guarantee.

Never Fade Away by bluekingbrown
Posted by Corby's Orbit at Friday, June 17, 2011 No comments: 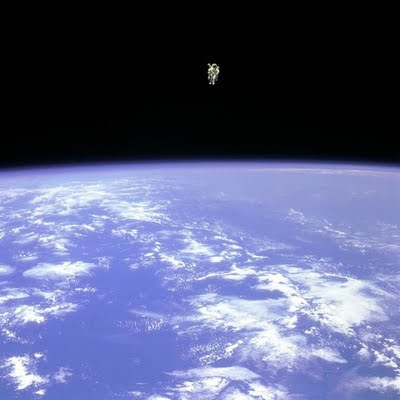 Muchachos! I will be earning an unexpected living consistently in a terrestrial context for these first two weeks of June, and so, curious anomalies will be occurring in the Orbital domain. Other programmers from CKLN.FM will be occupying my airspace for the next two shows (June 10&17). And I like to think it's all an anomaly anyways, so the more it changes, the more it will stay strange.

Stay tuned for a return show on June 24th that will feature three of the most significant songwriters in our country, which is so most amazingly full of bards, troubadours, heartsick wailers, spirit manifestors and soul speakers. 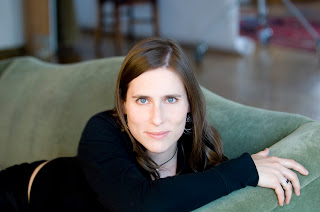 Rose Cousins is a perfect package of all the skills and thrills that a solo performer can offer. Funny and acute observances of the nuances of the heart, special skills at empathy and insight and a fine guitar player. Come hear her unwind in a studio setting.

Abigail Lapell has a lot of the same colours in her palette, but unpredictable melodic curves, and a warm observance of the occupational hazards resulting from the profession of constance and desire 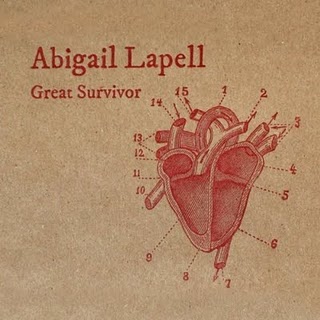 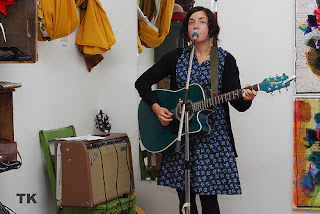 set her upon a new and poetic frontier of impact lyricism. On the show she will be introducing her proud new disk, Great Survivor.

Mr. Ron Hawkins has just finished his fourth solo collection of custom-threaded steamfitter's songs, full of pressures and balances, tellingly entitled Straitjacket Love. His tough-love  voice and a brand new, above-code band, The Do Good Assassins, will all be there in Orbit for a complete revolution of "the city that soars so stubbornly between the mountains and the sea".(Hong Kong Station) 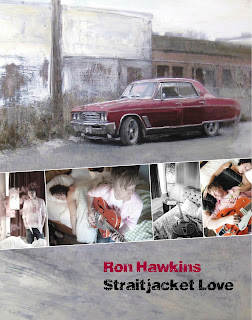 Be there for this exotic opportunity to listen to what the poets are thinking (and a billion-odd other reasons).
Posted by Corby's Orbit at Saturday, June 11, 2011 No comments:

Email ThisBlogThis!Share to TwitterShare to FacebookShare to Pinterest
Labels: Animation

Remember that?
Posted by Corby's Orbit at Thursday, June 02, 2011 No comments:

The Warped 45's Friday at noon. The Beat Goes UP!