Posted by Corby's Orbit at Thursday, February 24, 2011 No comments:

"Someone has been unburied.." Astounding Madagascar Animation. Thank-you Jody. 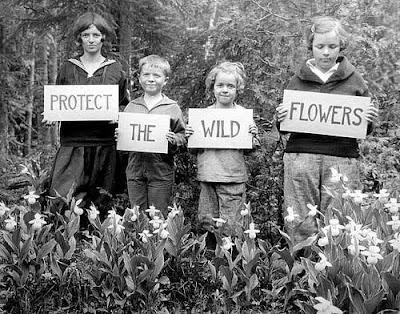 Ryerson-based community radio station CKLN was granted a stay on Friday, allowing it to remain on air for the time being.
The station will continue to broadcast until a federal judge determines whether the Canadian Radio-Television and Telecommunications Commission’s decision to revoke CKLN’s broadcasting license can be appealed by the radio station.
“Because of the submission of our materials to the court, the judge saw good reasons for the stay to be granted,” said Lauren Speers, chair of the legal defence committee at CKLN.
“The most important part was demonstrating irreparable harm from not having a stay granted,” Speers explained. “For us, it was if they pulled CKLN off the air before hearing the actual case, then it would not have an easy time getting its frequency back.”
CKLN also argued the process the CRTC used when deciding to shut down the radio station was a serious issue.
The CRTC decided to revoke CKLN’s licence after alleging the station did not meet CRTC regulations, such as filing financial returns correctly and on time.
The radio station said the CRTC didn’t use their usual procedure and brought issues from past dealings with CKLN into their decision to revoke the station’s license.
Posted by Corby's Orbit at Thursday, February 17, 2011 No comments:

Black History Month Top Ten
The virus of “best-ism” that is raging through blogs and journalism, especially since the recent turn of the decade can really only ever end in a trail of disagreeing and often disagreeable comments of “what-about’s” and “how-could-you-forgets”.
My reason for bringing my Black History Top Ten into the agonizing focus of public scrutiny is more for educational purposes. Black history on record speaks of a knowledge that is, at flashpoint moments, culturally advanced in a global sense. It bears study for its warnings, its influential powers of unification, and its unqualified equation of love with spiritual power. These ten records are all pivotal in the evolution of black people’s music, mostly for the good of the whole world, though some represent the end or the tipping point of the artist’s relevance, a pinnacle that could only lead to a slide. Yes, they are also often provocative, bewildering or severe. These are some of the ones that drastically altered my D.N.A.
Let’s count up and down. The list reads equally well backwards and forwards.

10) Abbey Lincoln’s Devil Got Your Tongue, Gitanes, 1992. With a voice almost frivolous in its freedom, the woman who was left out of the paternalistic mid-century American critics’ circle for her afro-radical and insistent relevance delivers a record of simple universal beauty. Sing-song choruses and profoundly healing lyrics on subjects of ancestry, race, the nature of music and spirit. “Dance before the mirror, reflecting holy fire.” Buy it when you see it and pay whatever they ask. Also: We Insist: Freedom. Now!

9) Burning Spear’s Marcus Garvey/Garvey’s Ghost, 1975/1976, Island. Echoing from hereditary depths of slavery and obscurity this cry of redemption rang from every shop and shebeen in Jamaica in the summer of ‘75 as Bob Marley began his conquest of the rest of the world. Horns that shout elephant, desiccated harmonies and Aston Barrett’s bass excavating low C’s while Winston Rodney calmly recalls the indignities and horrors of centuries: “We MUST pull it… With shackles around our necks.” Chilling. The “Ghost” dub version followed in 1976 with mesmerizing magnifications of the original’s murmurs. Also: Social Living.

8) Ray Charles’ Modern Sounds In Country and Western Music Vol. 1&2, 1962, ABC/Paramount . Wiki says: In addition to its social implications, the musical integration of soul and country into a popular format by Charles changed and revolutionized racial boundaries and restraints in music. "Arguably one of the most brilliant interpretive albums ever released, it did more to integrate modern American music than almost any other LP in history." Robert Fontenot. The emotional stability of Gerald Wilson’s arrangements represented a new era in black expression. A deep vinyl experience, especially upon hearing the stereo separation of so many instruments and the dry acoustic bass sliding between the lush valleys and cold peaks of Ray’s voice.

7) Junior Wells’ Hoodoo Man Blues, 1965, Delmark. The first time that harmonica giant Wells made Hoodoo Man Blues on 78 RPM, it was thrown to the floor and stepped on by an irate radio man. Here we have Buddy Guy and Junior’s intricate bond of exuberance and misery swelling into anthems of blues victory and tranced-out meditations of desire that explode into rhythmic spasms without warning. The first full-length blues album free of the demands of singles play. “I hold out my hand…Lord, I’m trying to make you understand.”

6) Jimi Hendix’s Band of Gypsies, 1970, Capitol. Sober as concrete and black as a moonrock, Jimi and Buddy Miles lay out long scenarios drenched with drama and extraterrestrial pulsations. Bassman Billy Cox carries it all on his shoulders across the ridge that divided the 60’s from the 70’s. Recorded on New Years’ Eve 1969, every listen is like looking at a star map, with invisible gravities combining to create the sonic blackness that would catalyze Fishbone, Prince, Bad Brains and TV on the Radio.

4) Tracy Chapman’s Tracy Chapman, 1988, Elektra. Brought the ears of youth back to the ground to listen to tremors of real life that had been muffled by the synthesized multiculturalism ploy of the Reagan / Thatcher era and the culture of self-interest ignited by the 80’s cocaine plague. “I got a feeling I could be someone, Be Someone.” A voice that trembles with the truth she tells, and a head full of dreads in an age when only Whoopie was representing as a public, non-Jamaican, linking Joan Armatrading to Lauryn Hill to Angelique Kidjo, solidifying a generational guild of intense and poetic black women.

3) Linton Kwesi Johnson’s Making History, 1983, Island. Stark, serious and sly, the dub poet reclines and chants on the divan of reggae marches and fanfares created by Dennis Bovell and the Dub Band. Laying out the patterns and attitudes that would flower into rap and elevating the poetry of patois to the world’s ear, Linton changed reportage back to an oral process with the cool camera of his voice and mind and the flow of brilliant militant music. “It’s No Mystery …We’re Makin’ History It’s No Mystery …We’re Winnin’ Victory”

2) Fela Kuti’s Unknown Soldier 12-inch single, (for instance) 1983, EMI. On this record, the needle just sinks down between the terrifying double baritone saxes and the bells and guiros burn up an alarm of friction and tension. There is not much difference between Fela’s albums and singles, since his preferred song length is between 10 and 20 minutes. A barrier to radio play, this was just one of the Promethean Nigerian’s innovations. Besides bringing Afrobeat into existence (along with Tony Allen) by dipping deep into the cauldron of James Brown’s funk, and using his insistence on political (Sorrow Tears and Blood), sexual (Lady) and educational (Teacher Don’t Teach Me Nonsense) lyrics to challenge and agitate the self-image of the entire Diaspora, Fela also became, arguably, the first international African superstar. His full stature became more evident after his death, as is often the case with radical thinkers. His other songs / disks, such as the ones named above, are equally laudable, but to hear a man sing about the assault upon his mother, and mythologize her ordeal into the murder of Africa.…well, "awesome" used to mean exactly what that listening experience is like.

1) Marvin Gaye’s What’s Going On, 1971, Motown. Berry Gordy, seeing the end of an era that he created, called it "the worst record I ever heard", but Marvin forced the single release of What’s Going On, which topped the R&B charts for 5 weeks. The album which followed was the first popular record to focus entirely on social justice issues, with the lyrics printed clearly inside for study purposes. Fulfilling the prophecies of The Impressions, Donny Hathaway, and activist / comedian Dick Gregory that music was the way to change the world, the record sparked the roaring flame of 70’s protest that led Stevie Wonder, War, Gil Scott-Heron and John Lennon into the front lines of a worldwide revolution in thought that flourished openly into the early eighties. The music survives many of its architects. Don’t it make you wanna holler? Way they do my life?
Holler back if you hear me.
Also posted here: http://www.thevinyldistrict.com/toronto/
Paul Corby
Corby’s Orbit Friday afternoons 11-2
On CKLN.FM 88.1
Toronto’s Community Radio Station
Posted by Corby's Orbit at Thursday, February 17, 2011 No comments: 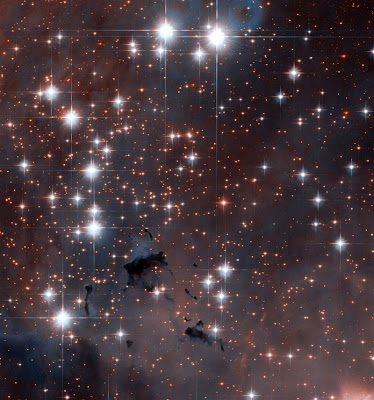 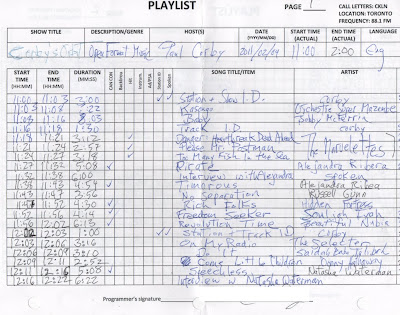 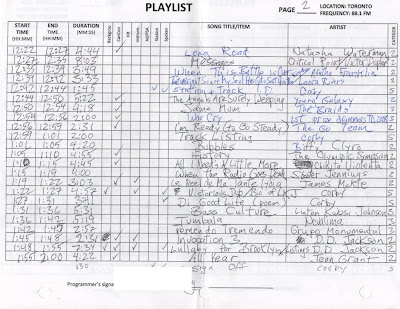 At the Free Times Wednesday night (and again at WINTERFOLK, February 21, 1-3 pm
(Family Day holiday) Terri O's Sports Bar 185 Danforth Avenue (south side, east of Broadview) no cover) Mikel Miller from Whitehorse and Kevin Bell put on a splendid musical and anecdotal recollection of some of the unrecorded and lesser-known works of poetic Toronto guitar-basher Norm Hacking ( R.I.P.) Calling to mind the naked emotional explorations, and the sardonic social commentary of the man, the duo re-framed some dusty road songs with Mikel's gruff delivery and Kevin's shimmering Strat work, without calling upon the obvious repertoire or sentimentality that such an evening might have provoked. Marianne Girard took the stage for a couple of well placed ballads, and the musical anti-freeze left everyone with warm memories and a revived sense of the importance of folk music's regenerative communal processes. 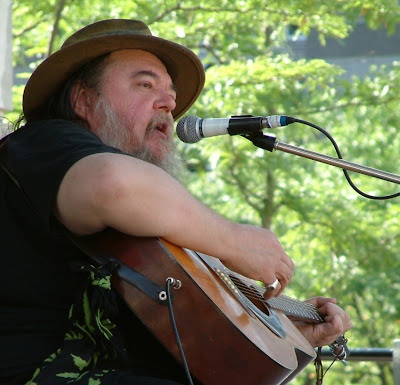 Getting Wood for the Fire

The communal bonfire that has been CKLN WORLDWIDE COMMUNITY RADIO is threatened with an extinguishing blast by the Canadian Radio and Television Commission a week from today.
We are paying a big-time retainer to an Ottawa law firm to appeal to the Commission to reverse its decision. This may or may not happen, and definitely will not happen quickly OR cheaply.
Jack Layton has written a letter protesting the revocation of our license. There is a petition you can sign (PLEASE!)petition link: http://www.petitiononline.com/ckln881/petition.html.
Next week will be my last show to go over the airwaves at 88.1 FM for a while, but we plan to continue on-line, i.e. not in yr car, for as long as the studio remains available.
Must remember the importance of music as an instrument of social justice, a messenger of love, and a reminder of the possibility of peace. The Orbit will continue to embrace the world in its magnetic friction-free caress, and to see you in all the highest places as it passes. 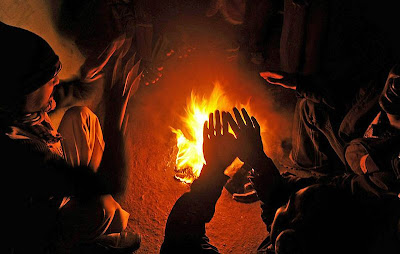 Posted by Corby's Orbit at Saturday, February 05, 2011 No comments: