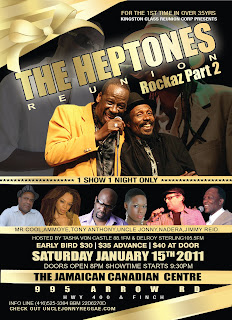 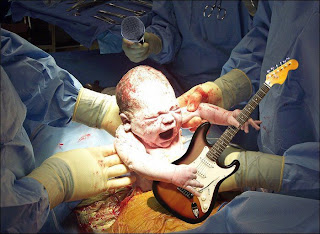 HAPPY NEW HOPES FOR 2011
My 50 Most Adored and Played Albums of 2010 in Orbital Non-linear Rotational Order
Kanye and Arcade and The National : yes, yes, I know, …..BUT!!!!! Listen To These!!!!
I have listened to thousands of disks this year. These are the ones that linger. All had something new to offer. Only one compilation.... the rest are monographs by (mostly) underplayed and marginalized musical innovators. Red denotes Canadian artists (50%).
Posted by Corby's Orbit at Thursday, December 30, 2010 No comments:

Thanks to Wimp
Posted by Corby's Orbit at Saturday, December 25, 2010 No comments: 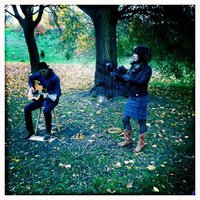 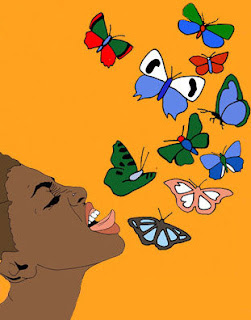 Saidah Baba Talibah: That's not a voice, that's a weapon.
Shakura Saidah: The statue of liberty came to life and sang soul blues in an excruciating red dress.
King Achilla Orru: My heart wakes up to the sound of the Lokembe at the Yonge Bloor subway.
Patsy Cline Birthday Party: Grouped annual incandescence of the sultry and the sweet cream of T.O. divas.
Rinse the Algorithm: God's gift to dance-jazz and storm bandits of the passing thought.

The Joyful Sinners, Spandex Effect (above), Jace and Van Dusen: Energy magnifires with true gifts (and prizes).
And they all live and work in Toronto. See them every time!
Posted by Corby's Orbit at Sunday, December 19, 2010 No comments:

Guitar Playing Made Beefy from WFMU

1. Listen to the birds.
That's where all the music comes from. Birds know everything about how it should sound and where that sound should come from. And watch hummingbirds. They fly really fast, but a lot of times they aren't going anywhere.
2. Your guitar is not really a guitar Your guitar is a divining rod.
Use it to find spirits in the other world and bring them over. A guitar is also a fishing rod. If you're good, you'll land a big one.
3. Practice in front of a bush
Wait until the moon is out, then go outside, eat a multi-grained bread and play your guitar to a bush. If the bush dosen't shake, eat another piece of bread.
4. Walk with the devil
Old Delta blues players referred to guitar amplifiers as the "devil box." And they were right. You have to be an equal opportunity employer in terms of who you're bringing over from the other side. Electricity attracts devils and demons. Other instruments attract other spirits. An acoustic guitar attracts Casper. A mandolin attracts Wendy. But an electric guitar attracts Beelzebub.
5. If you're guilty of thinking, you're out
If your brain is part of the process, you're missing it. You should play like a drowning man, struggling to reach shore. If you can trap that feeling, then you have something that is fur bearing.
6. Never point your guitar at anyone
Your instrument has more clout than lightning. Just hit a big chord then run outside to hear it. But make sure you are not standing in an open field.
7. Always carry a church key
That's your key-man clause. Like One String Sam. He's one. He was a Detroit street musician who played in the fifties on a homemade instrument. His song "I Need a Hundred Dollars" is warm pie. Another key to the church is Hubert Sumlin, Howlin' Wolf's guitar player. He just stands there like the Statue of Liberty-making you want to look up her dress the whole time to see how he's doing it.
8. Don't wipe the sweat off your instrument
You need that stink on there. Then you have to get that stink onto your music.
9. Keep your guitar in a dark placeWhen you're not playing your guitar, cover it and keep it in a dark place. If you don't play your guitar for more than a day, be sure you put a saucer of water in with it.
10. You gotta have a hood for your engine
Keep that hat on. A hat is a pressure cooker. If you have a roof on your house, the hot air can't escape. Even a lima bean has to have a piece of wet paper around it to make it grow.
Posted by Corby's Orbit at Sunday, December 19, 2010 No comments:

Email ThisBlogThis!Share to TwitterShare to FacebookShare to Pinterest
Labels: Beefheart

We were winterly wondrous as subliminal Christmas began to infiltrate today's playlist. Special fuzzy buzzes from Ox, with Xmas in the Jailhouse from Silent Night and Other Country Songs, alongside John Prine's more soulful Christmas in Prison. Also a fine rumpumpumpum-less Little Drummer Boy from the deeply felt A New Kind of Light album by Rose Cousins, Jill Barber and Meaghan Smith, benefiting Feed Nova Scotia.
Calls from Lenny Solomon,  ringmaster of  Bowfire, who are at Roy Thompson Hall next Friday, and Patrick Hutchinson of Swift Years, "a somewhat odd & unruly folk/world/roots trio from Montreal" highlighted the variety of upcoming exotic musical macaroons available in Toronto as The Season blows in.
Jason Pawlett gave us the west coast perspective of bands The Get Down, Fuzzcats, Jess Hill and Headwater, all available for scrutiny at his website, http://www.vanmusic.ca/.
Bigtown listings wrapped up the show.
Go see some live music while the social opportunity of Xmas offers you an alibi!
And don't miss the lunar eclipse on the solstice next Tuesday! This is as cosmic as the sky gets, whetting the appetite for predictions, ceremonies and transformation.
Posted by Corby's Orbit at Friday, December 10, 2010 No comments:

Take care of your sensitivities watching this...F-bombs and Mother F-bombs galore. But the drastic cutting is supremely accurate and fun.
Posted by Corby's Orbit at Friday, December 03, 2010 No comments: 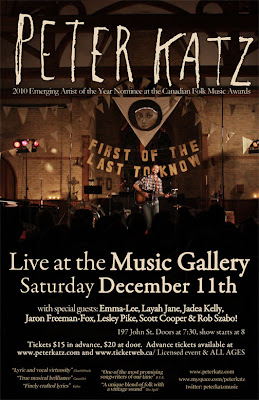