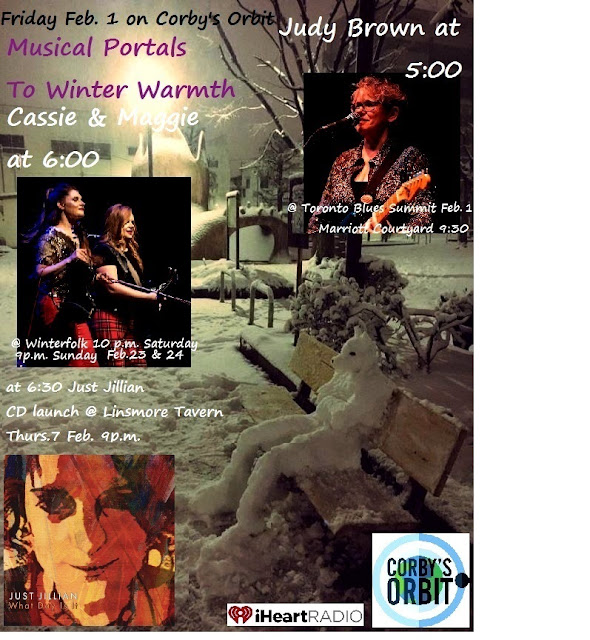 Posted by Corby's Orbit at Wednesday, January 30, 2019 No comments: 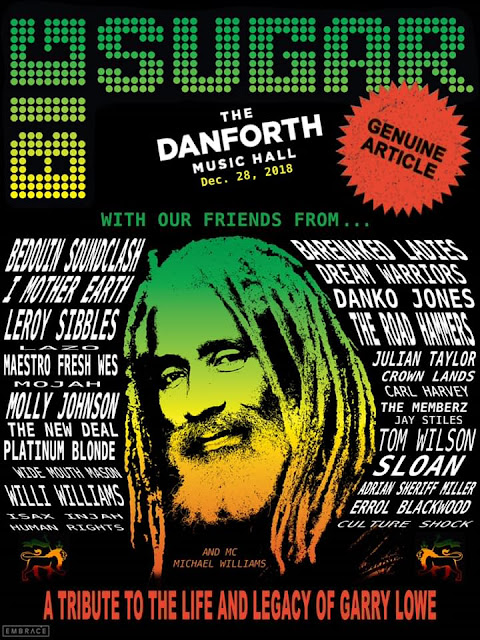 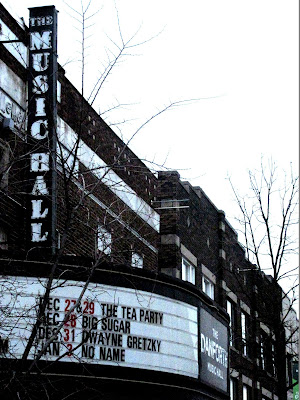 The late Toronto bass player Garry Lowe, taken by cancer earlier in the year, was honoured with a concert at the Danforth Music Hall on the last Friday night of 2018, on what would have been his 65th birthday. The personal kinship that he cultivated with his outgoing but humble personality and unique musical gifts during his lifetime was evident in the consistently inspired lineup of talent that took the stage. Set on a relatively warm evening, the show featured a mix of rock, reggae and hip hop super-novas, all backed by Gordie Johnson’s Big Sugar band. Throughout the four-hour tribute, an A-list of artists too lengthy to recount (see poster) brought waves of amplified love and respect to a sold-out, full-on Friday night audience. 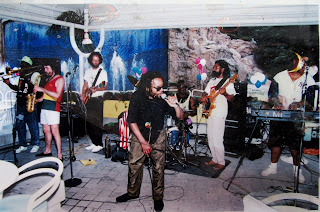 Upon arriving from Jamaica, Garry had been intrinsic to the growth of Toronto’s club reggae scene since the late seventies. Appearing first in Fabian Miranda’s Tropical Energy Experience, he was also a founding member of seminal pan-Caribbean reggae brigade Truths & Rights. As Jamaican superstars began to appear in the city, Garry became a first-call accompanist for shows in major halls, often working with innovative drummer Walter “Crash” Morgan or the brilliant Raffa Dean. Welcoming a new audience, fresh venues such as The Bamboo, The Jerk Pit and a strip of clubs on Sherbourne Avenue sprang up, creating more work and the need for more bands. Garry was often appearing in several bands a week, including Boncongonistas (photo above from 1991), Culture Shock, Mojah & Friends and Black Empire. At this point, Garry was selected to join Big Sugar as their permanent bassist, developing his style further to bridge the heartbeat of reggae with the nerve of rock. 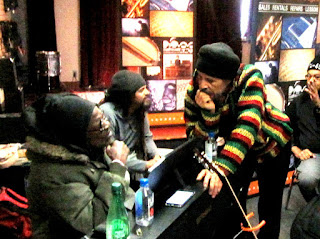 The many inspirational luminaries participating in the tribute spanned both the Canadian and Jamaican musical spectrums. Bernie Pitters, Errol Blackwood, Willie Williams, and Carl Harvey, (left) all cornerstones of Canadian reggae history, brought detailed attention to arrangements at a rehearsal at Long & McQuade's the day before. 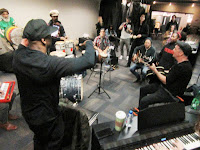 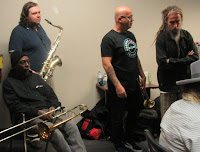 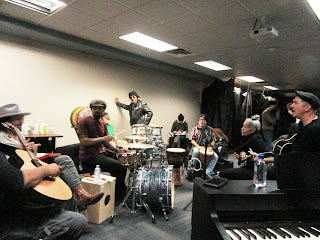 Throughout it all, Big Sugar's natural cohesion (left, with Molly Johnson and below, at soundcheck, with Adrian "Sherriff" Miller / photo by Carl Harvey) kept everything focused and on the one. 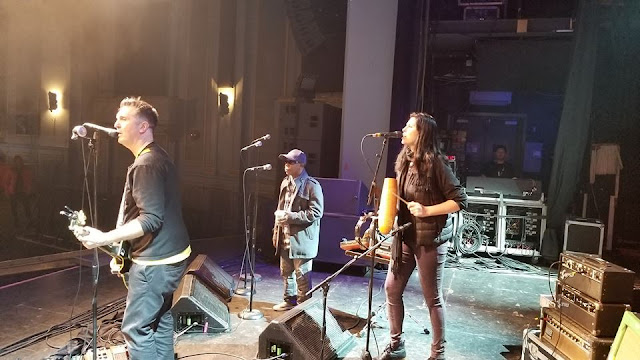 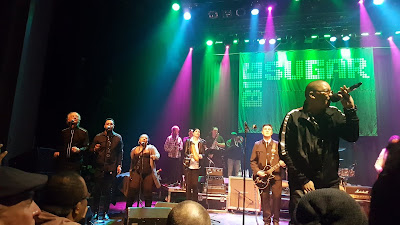 Highlights of the night included a reunion appearance by Garry’s eighties aggregation Culture Shock, an emotional  rendition of Bob Marley’s anthem “Redemption Song,” sung by Garry’s son, Ben Lowe, and a thrilling performance at the beginning of the second set by Leroy Sibbles, one of the icons of Jamaican reggae, who made Toronto his home for many years.  Photo by Jeremy Smith above: Dream Warriors with members of The Memberz

His song “Country Boy,” originally recorded by The Heptones, was a particular favourite of Garry`s, and it was energized in this performance by a host of musicians who had called him a friend.  And the entire audience was singing along.
Film by Anji Rootz
Originally published at Roots Music Canada

Musical Chairs - A Cartoon That Explains It All by John Atkinson 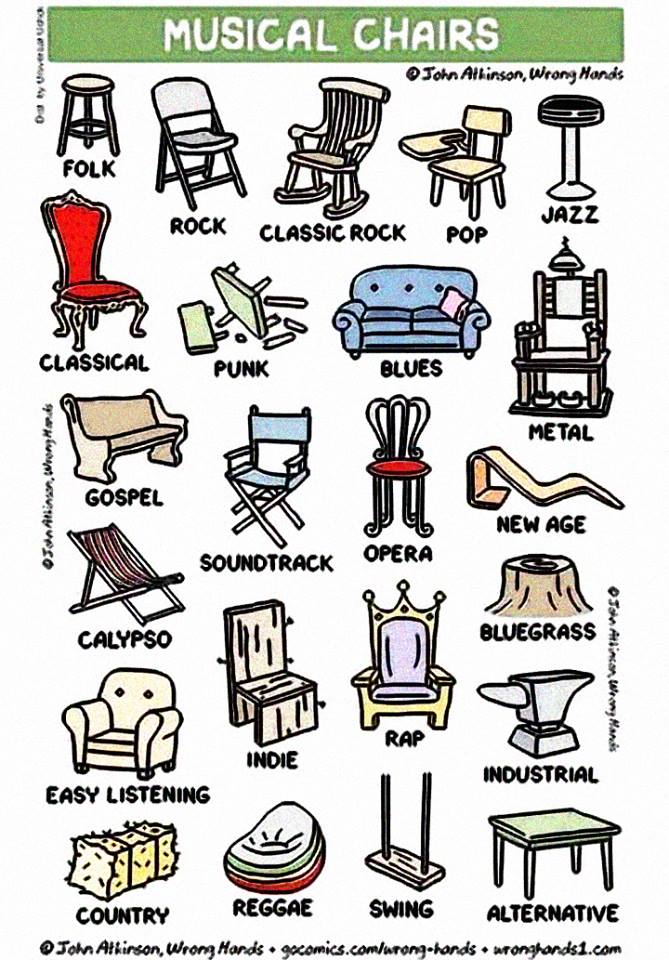 Corby's Orbit Playlist For Show Of 25 January with Kate Weekes 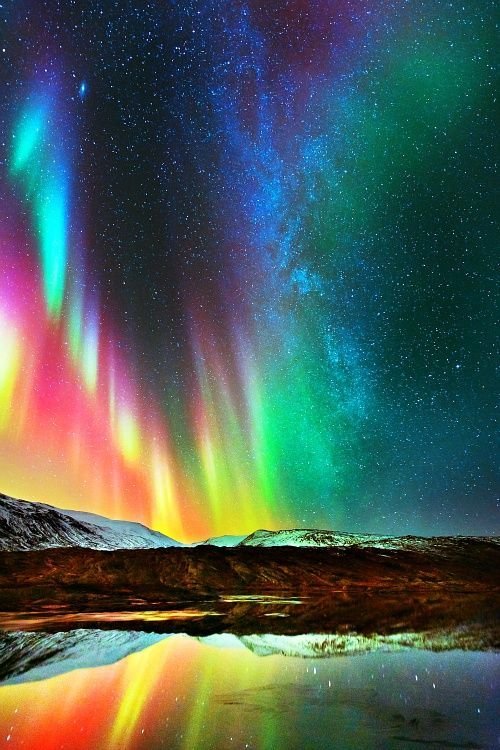 ( Brought to you by Code Medicine, Algo Rhythms and Dada Bass ) 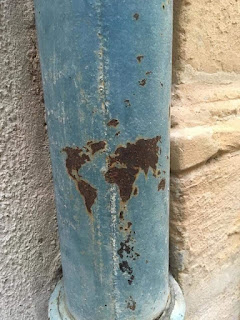 * Willard Bond ~ Something About You ~ The Happy Trail 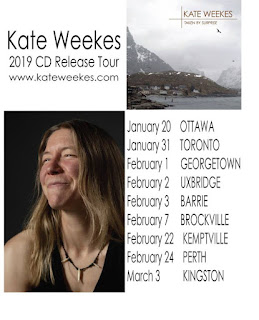 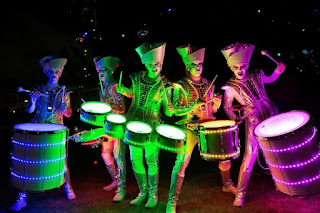 * Judy Brown ~ He Got Me ~ Say It! ~ @ Marriott Toronto for Blues Summit Nine Friday February 1st at 9:30 and on Corby's Orbit next Friday 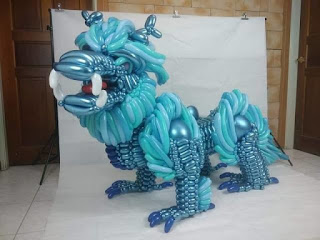 Hostile Space Microbes Encountered While Returning From The Outer Rings

Caught a dose of Tarqeq Strep from a good friend while touring the moons of Saturn. There will be no Orbit today. 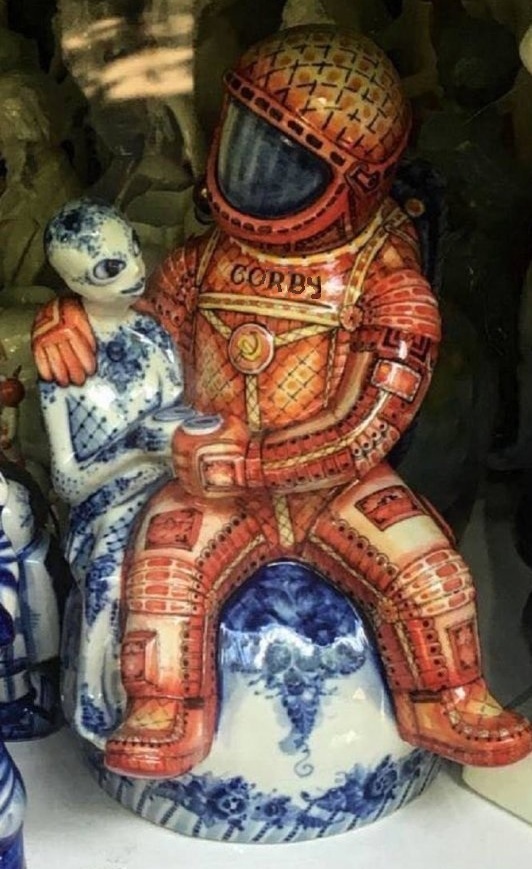 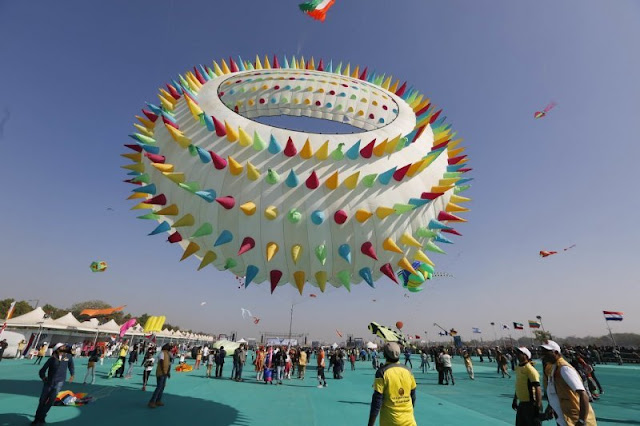 ( Brought to you by Controlled Calamity, Cultivated Coincidence and Certain Serendipities )

* Tucker Finn ~ Vertical Roadtrip ~  The Cup & The Lip | (It is with deepest sorrow that we announce the sudden passing of Tucker Finn (Catherine Doherty) on December 10, 2018.) 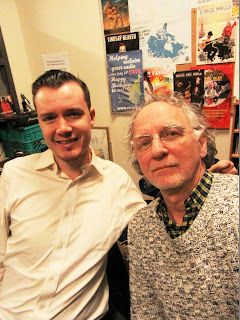 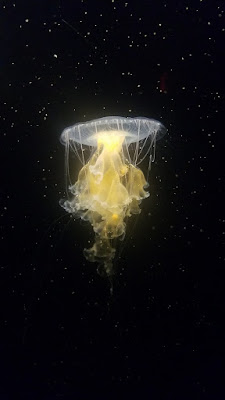 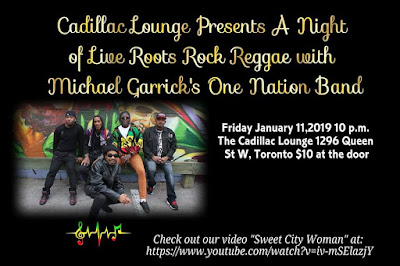 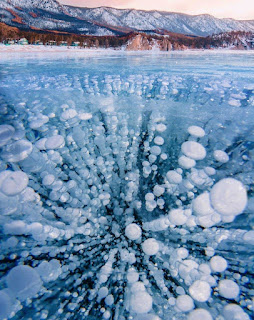 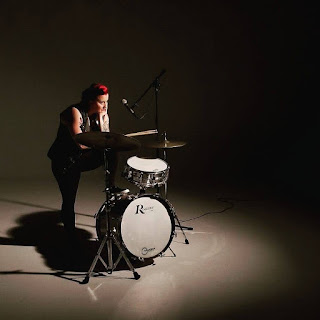 Sonic Succulents For A Fresh Year 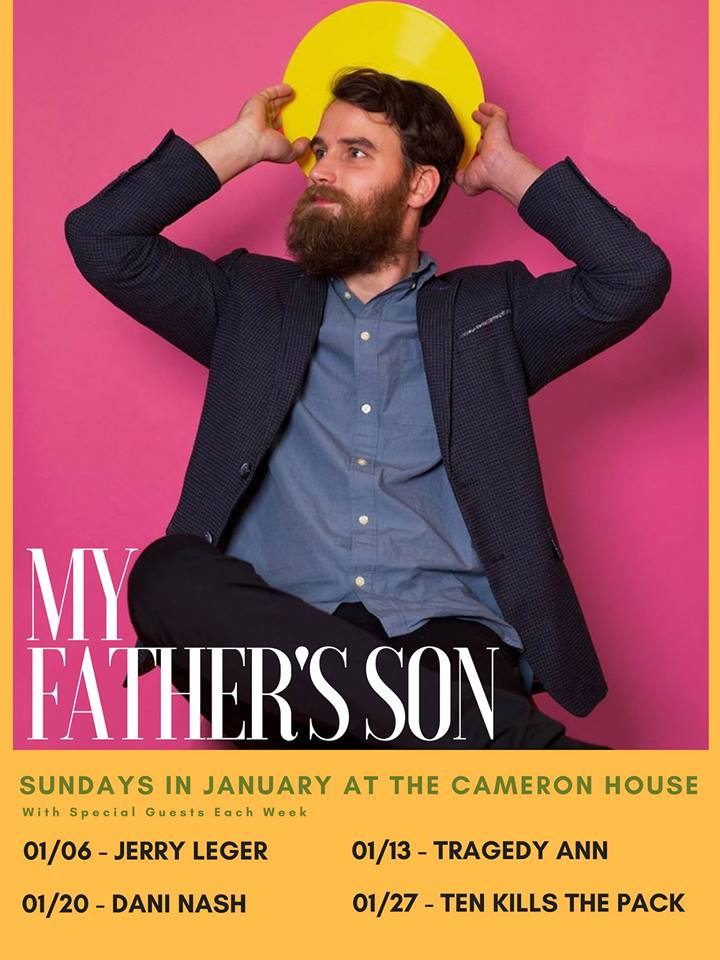 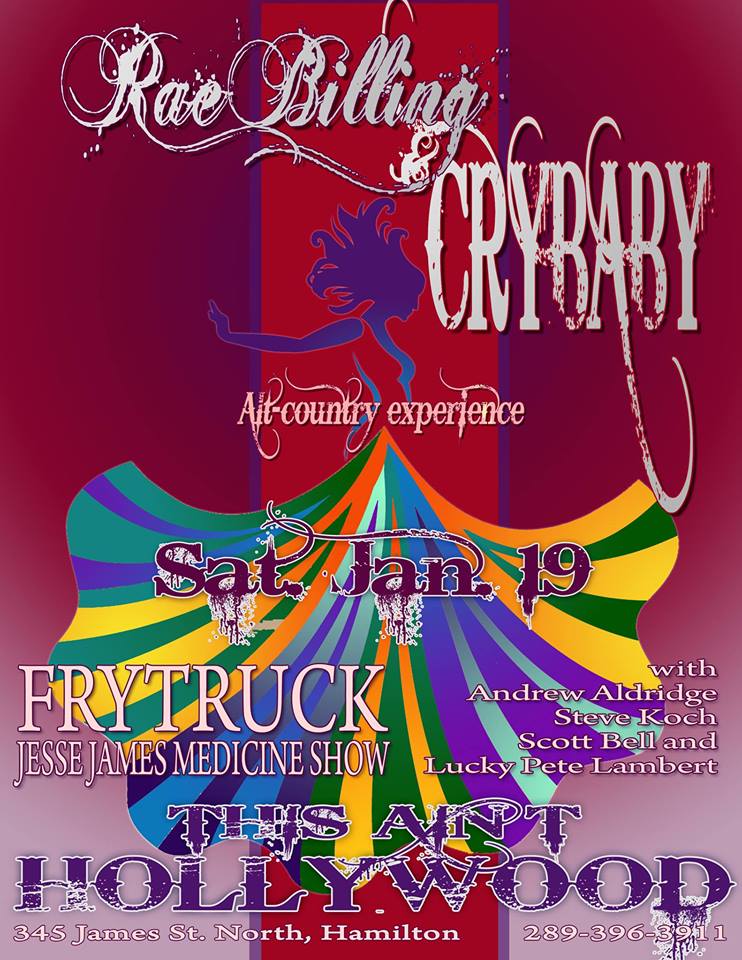 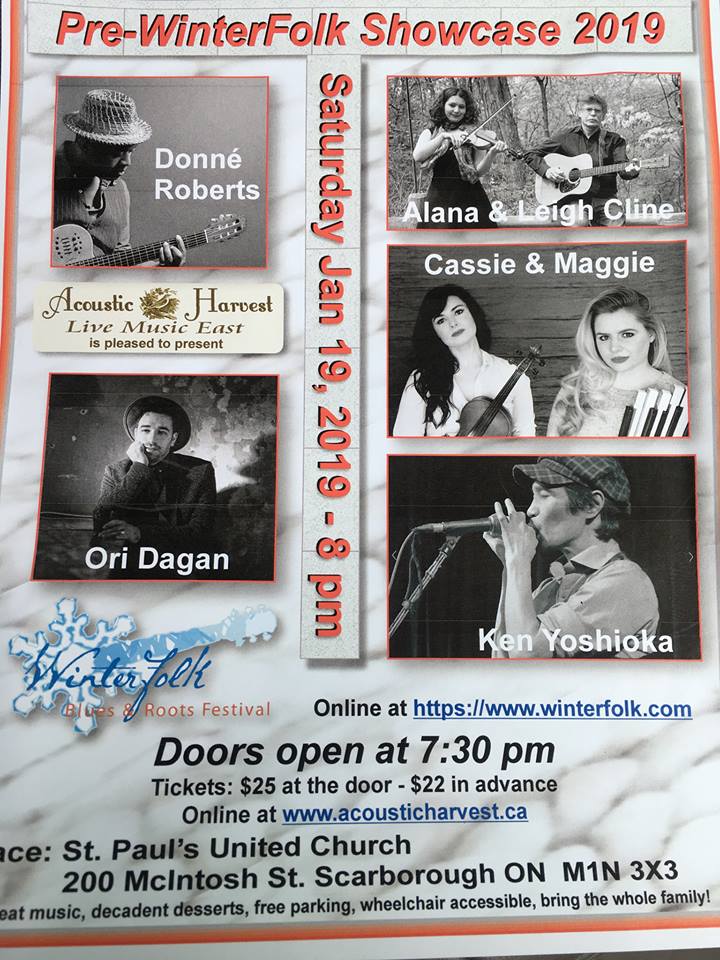 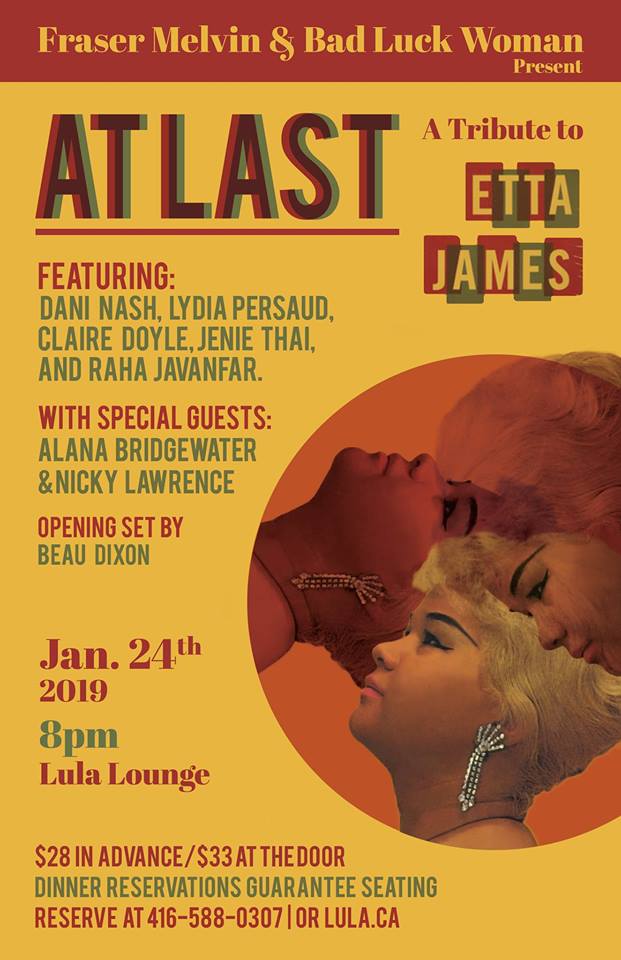 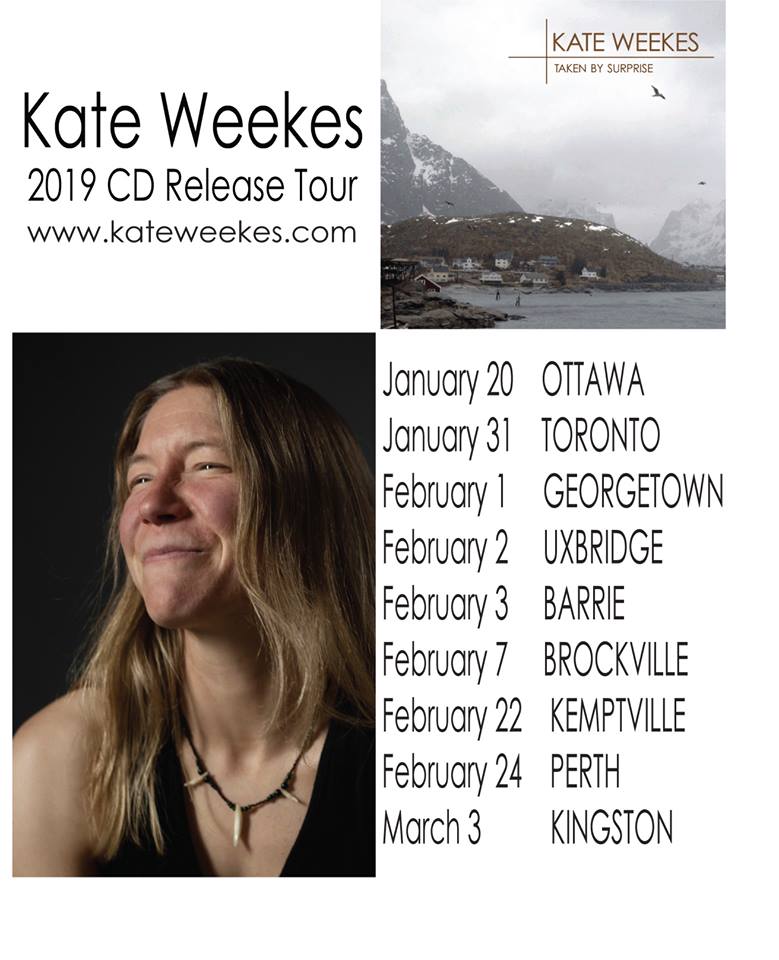 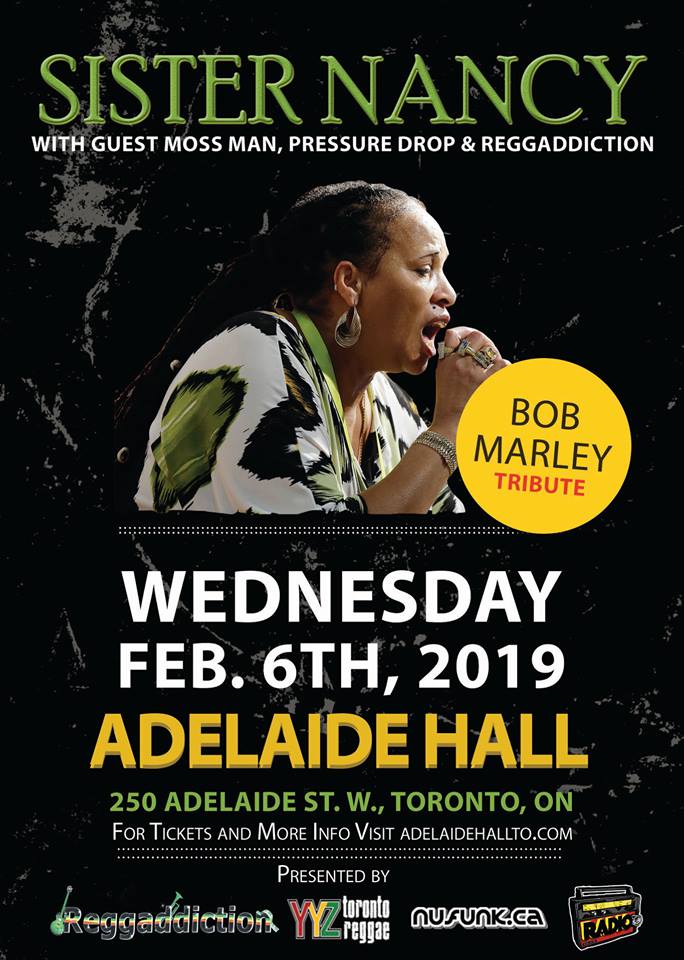 Orbital Advice On Making The Most Of Your Radio Interview

There's an invitation for you to  reach a radio audience through an interested host / producer who has found something worth sharing in your work!

It may be as publicity for an upcoming event, a launch or a video release or a recent newsworthy story in which you are involved, or a word-of-mouth recommendation, or just the work of some pesky publicist who is trying to get you "out there".

If the interview is scheduled for sooner than later you will likely be more on point. You will definitely be elevating yourself into a better buzz zone than for a chat a month down the line. That one will keep you up nights, drafting quirky-but-viral comments, and then it might catch you over-prepared or uninspired.

If there is time, start Tweeting and Facebook-ing immediately and find cyber buds who will retweet; e-mail friends and help share the good news. Use whatever advance promo that the hosting media platform provides: schedules, "bumper" pages, or previews and run them through all your social and personal conduits - ALMOST - but not quite - until people are sick of hearing about it. Or get your publicist to do it for you.

On the day of the interview, send out one more energizing alert across all media with a teaser line if possible. "I'm going to talk about what really happened when..." for instance.
If it's a phoner, listen to the station early, so you can slide into their style and continuum when the time comes. Be excruciatingly prompt and available as the time approaches. Meditate, work out, or review your recent work before the call. Listen carefully to the interests of the interviewer. If you are blindsided by an inquiry, have a pivotal topic ready to divert any discomfort or embarrassment. Always express gratitude to radio, even if they NEVER PLAY YOUR MUSIC. Smile when you say it. Audiences can hear smiles.

If it's an in-person appearance, dress up. Be aware that someone is going to take your picture. If you have posters, cards , buttons, or other swag, bring a few along. NOT a bag full. Bring physical copies of your work. The station library or a fellow programmer may be interested in having a copy. Ask for water, if none is offered. Discuss your talking points with the host but don't "play your hand" by going into the details before the mic is on, or you will sound rehearsed when you try to recreate your earlier, fresher comments and attitudes. Listen to your music as it is played. Let the host make the comments. Explore those nuances that occur to you off-mic when you're on the air.  Mention everybody by name. A lot of your team will be listening in. Find out about podcasts and post show coverage before you go. Hug and pose for anyone who will let you. If you can't be sincere, be quiet. Instagram and Tweet as you go.It sounds obvious, but it is important that you take time to remember to take all your stuff, phone, water bottle, or daytimer when you leave. Nothing impresses like a clean getaway.

When you get home, post, tweet, respond and praise the opportunity and follow up the next day with everyone who helped to create the magic of the day. Amplify any and all positive responses from friends and fans by asking the complimenting individual to e-mail  their impressions to the station.

These radio moments sometimes develop a life of their own, and you are wise going in to think of creating a lasting, radiant event, instead of an ephemeral flash.

And please, do get in touch with me me when you're ready.