Email ThisBlogThis!Share to TwitterShare to FacebookShare to Pinterest
Labels: Dance

Playlist for show of Friday 25 October 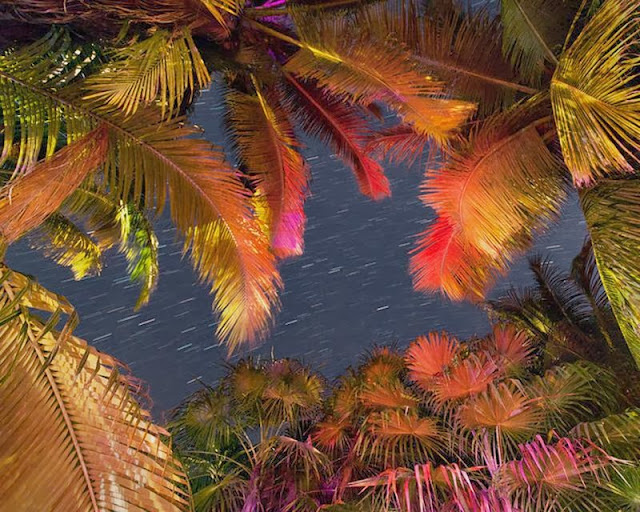 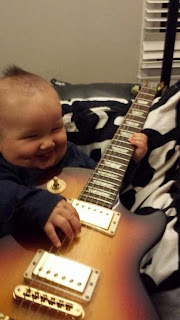 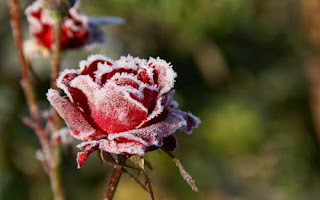 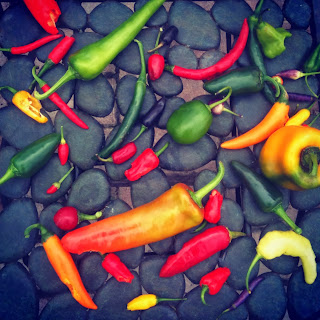 *The Fugitives ~ Love Affairs ~ Everything Will Happen ~@ The Rivoli Wed, 30 Oct. 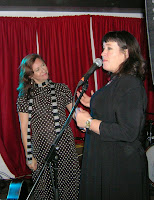 *The Stanfields ~ Mariner's Grave ~For King And Country 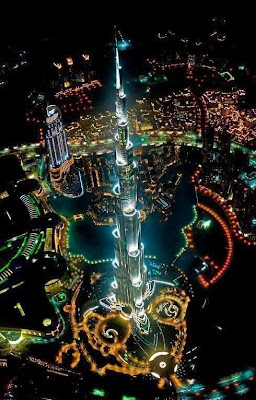 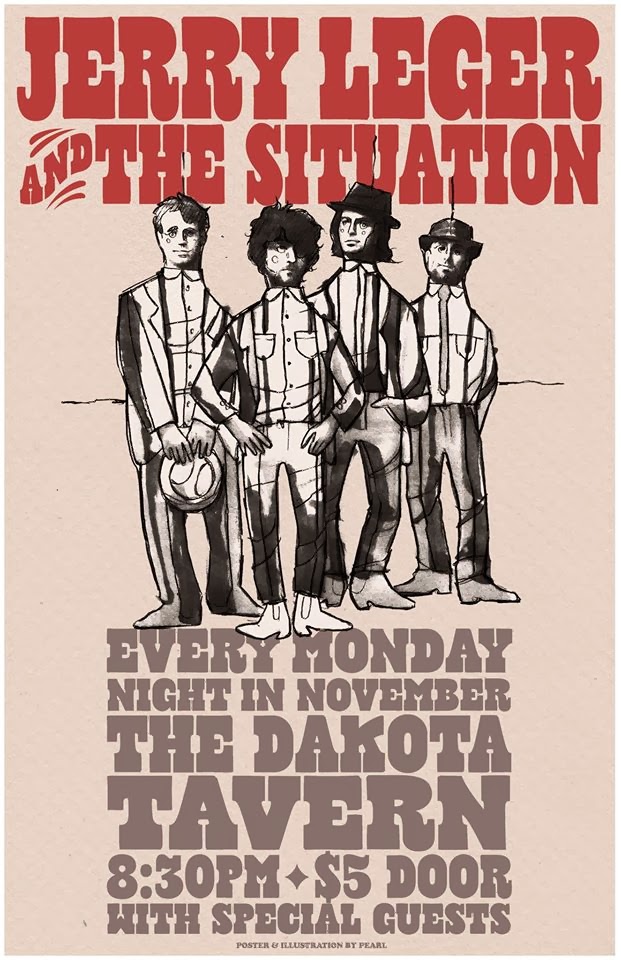 A Pair of Queens Wins Hands Down 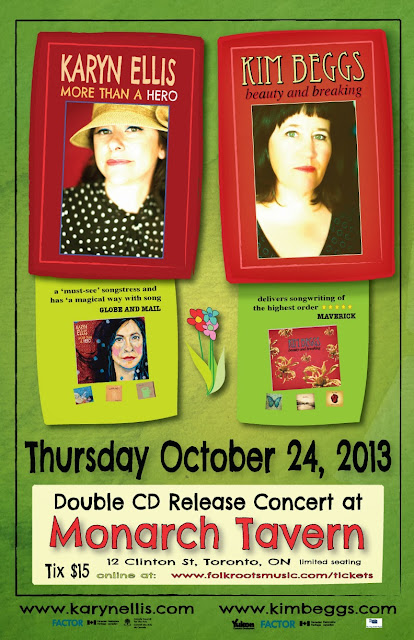 Playlist For Show Of 18 October 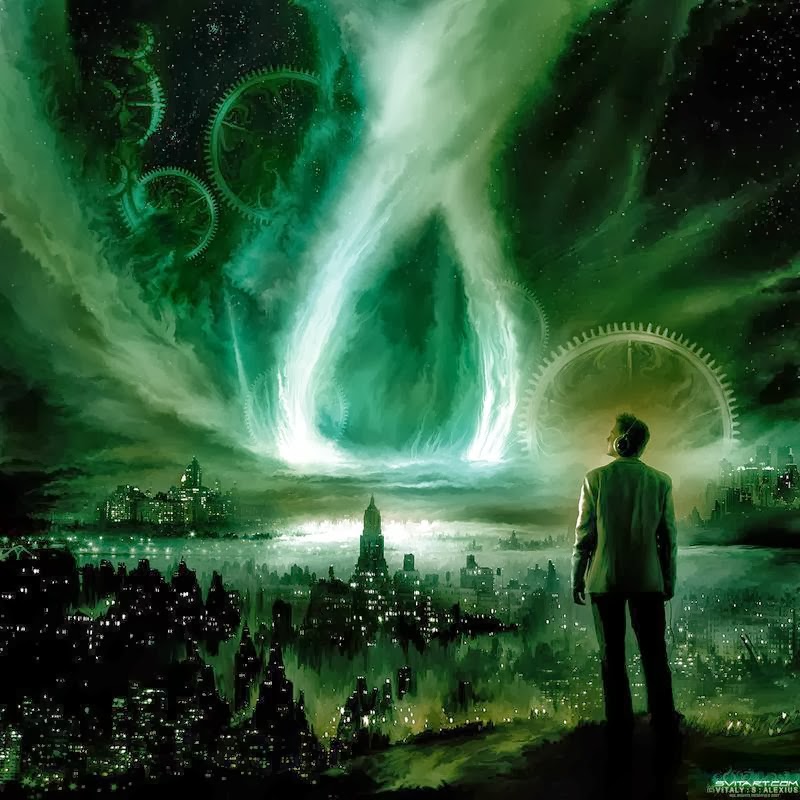 Guests: Matt Fullbrook of K.C. Roberts and the Live Revolution and Meaghan Blanchard 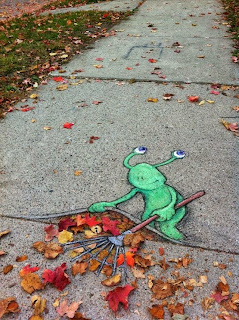 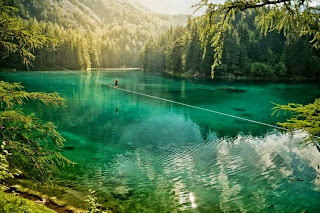 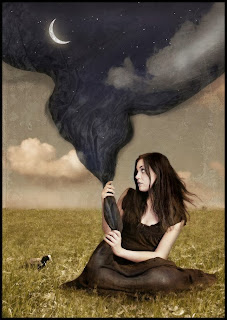 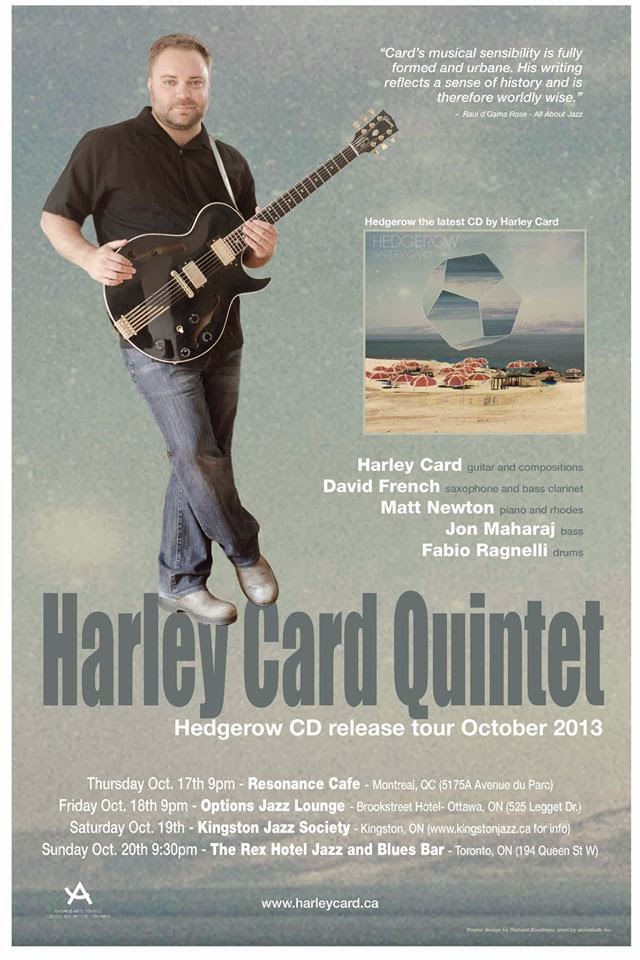 Ev'ry buddy is talking about this: Musical Frontiers with Lalah Hathaway & Snarky Puppy

The wizardry of Mimi Oz

Meet Mimi Oz : wiry and tawny – raisin eyes crinkle inside shreds of coconut hair – and she’s an eloquent observer of flashlight darknesses.
Artistry has spread a path before her since childhood. Mimi says filling notebooks with her thoughts, “feeling emotions through words” became a secret life for her in the pre-teen years in Toronto’s west end.
A passion for creating visual art carried her through her teens. Traces of her graphic work can be found on the inner sleeve of her first record, Three Of Swords, which she released this year. In 2010, she made the difficult decision – for a shy person – to start singing her poems out loud. Touring the open mics of downtown T.O., she piqued the ears of another multi-faceted artist,Bobby Wiseman, to whom she dedicates the record with: “To the wisest of all men.” He responded to her music at the Tranzac one night by suggesting that they record a few songs together. At the same time, she began giving away all her work on paper and canvas to friends and family.
“I just got tired of taking care of all the material I don’t need,” she says. Wiseman began collaborating with Mimi in structuring her songs. “He made me consider what the song is really about,” she recalls. “Putting the words into the right shape, too. I had always thought of rhyme as a hindrance to expression, but if it’s done well, it really helps you to get the most out of a song.” With much of her material in different stages of development, it was necessary to align them to a theme.
“I had made a lot of bad decisions, gotten into some unfortunate circumstances, travelling, living in Mexico, and I was walking down the street with a friend. There was a card on the street in front of me and he said, ‘You’d better pick that up.’ It was the Three Of Swords from a strange Tarot deck; it is an indicator that pain must be seen as a learning experience, a symbol of the heart emerging from darkness.”
The event is dramatized in her first video, for The Thief.
Using that moment as a touchstone, the songs began to fall into order. From the first lyric, “Morning window song…” there is a discernible upward arch to the album. Through the gauze of Mariachi, electronica, torchy jazz and Japanese pop textures that decorate her voice, Mimi stays true to the course of betrayal, heartbreak and forgiveness that animate her narrative.
“There is such a variety of shading to her voice,” says singer Jocelyn Barth, a member of Mimi’s band, The Wizards. “The first time I heard the record I thought it was a compilation of different singers.”
The intensity of emotion that drives her recorded performance ignites even a few cover songs by Sam Larkin, Warren Zevon and Jose Luis Perales, which fit in with the redemptive concept of the record. The challenge of performing with the new band is not only to re-imagine the music on the ornately-textured disk, but to return to the pain that inspired it. “You get further away from pain,” Mimi reflects, “and you become closer to who you are, even though it still exists. The job for me is to expose truths about addiction, loneliness and suffering with fascination rather than obsession.”
Currently, she finds herself writing darker songs, and following compositional vectors suggested by jazz, blues and traditional folk music. A recent trip to New York has inspired a desire to design a poetry book, perhaps as an insert for her next record, and maybe even to start making art again. A Spanish word prefaces the booklet inside Three Of Swords: disfrutar, meaning to bask, to revel, to delight or luxuriate. Certainly Mimi Oz has earned this opportunity for a major disfrutar and has generously provided a musical landscape in which her listeners can do the same.
Posted by Corby's Orbit at Sunday, October 13, 2013 No comments:

Kristi Lane Sinclair Interview , and a review of her mystical disk,The Sea Alone 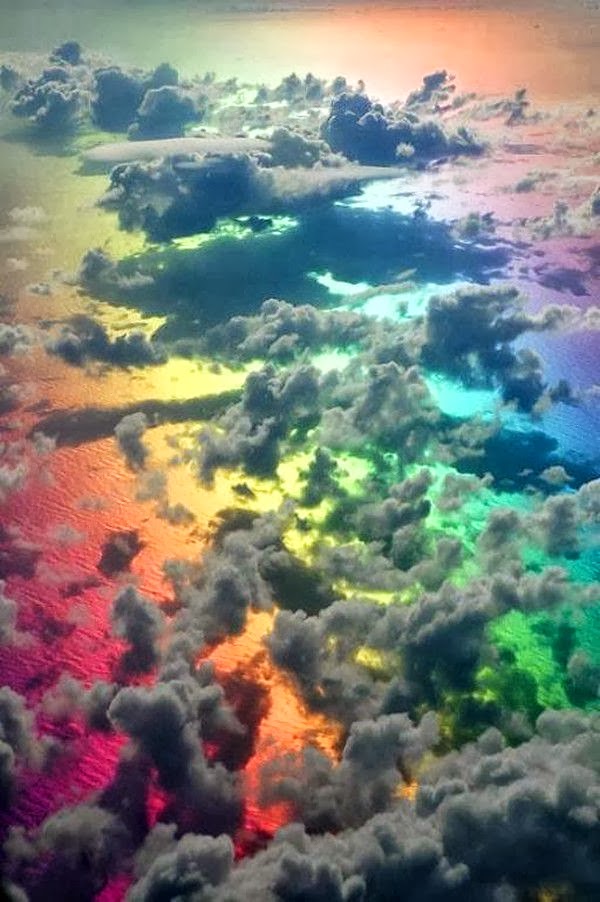 (brought to you by Electrical Colleges, Static University, and Post Gravity Degrees )
5-7 p.m. online http://www.radioregent.com/ and at tunein.ca .  Canadians in Asterisk’d RED. 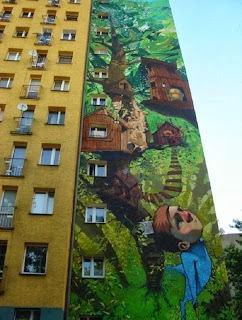 Horizons and Vertices for today's Orbit 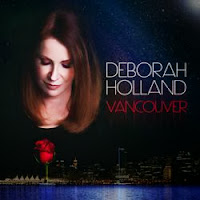 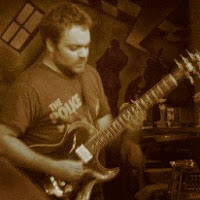 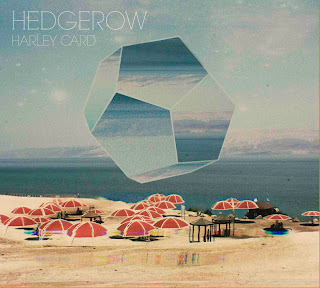 Our old friend Christa Couture, (6:15) chatting updates and her appearance in town for a Free Times gig on Tuesday 15 October 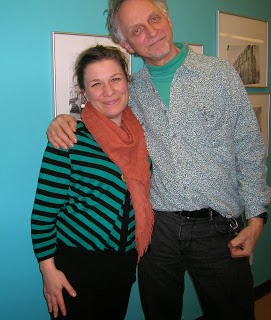 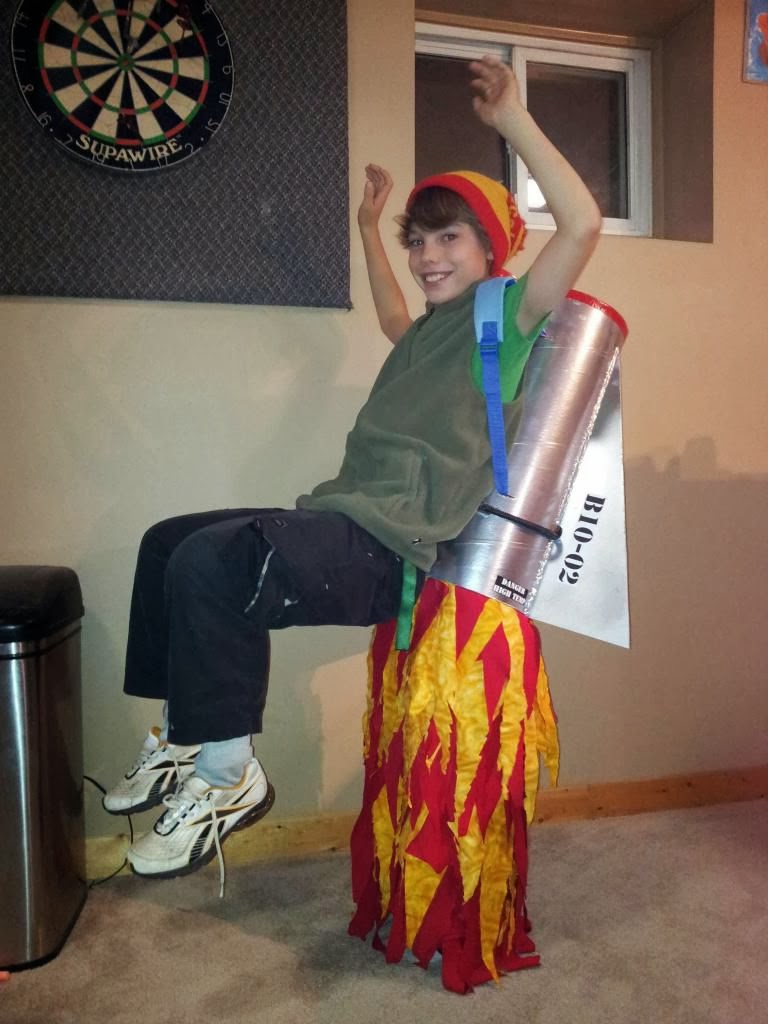 (brought to you by Sealed With A Kick, Mask Communication and The Gravity Train )
5-7 p.m. online http://www.radioregent.com/ and at tunein.ca .  Canadians in Asterisk’d RED. 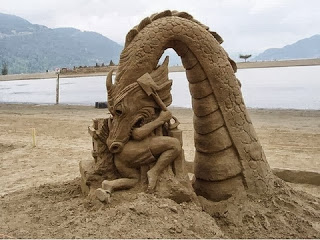 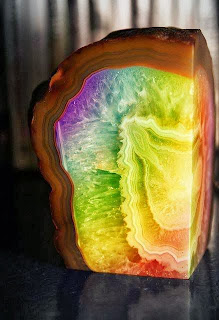 5:40  Masters of Pheremony
Eric Burdon ~ River Is Rising ~ Til Your River Runs Dry @ Massey Hall Sat. 26 October
*Sarah Burton ~ My Man ~ Ladies In Waiting @ Opera Bob's, Sundays with The Ole Fashioned
The Reverend Payton's Big Damn Band ~ Why Is Everybody Getting Paid But Me? The Whole Fam Damnily 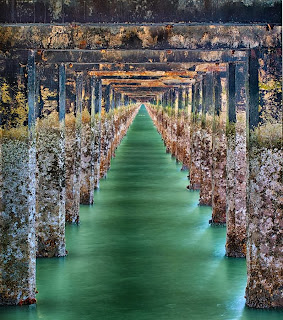 Orbital Blog hits are at an all-time high

1,784 Hits in the month of September! I've got to think that adding Google+ has had something to do with this. Previous high traffic has been confined to Christmas when I have posted "Top 50" lists.
Posted by Corby's Orbit at Tuesday, October 01, 2013 No comments: