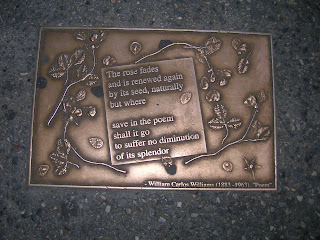 “To be one more voice in the human choir, rising like smoke from the mystical fire of the heart” (Messenger Wind).
While I was reading Samuel R. Delany’s Dhalgren “an Everest among books”, part of the thrill was the space troubadour character named, oddly enough, Bruce Cockburn, who provided a floating lyrical chorus to the convoluted narrative. I was so impressed that our Bruce was actually a fictional character. His transcendent, literate poetics had always seemed to come from his simultaneous experience of visions and sensations in another realm. Then, decades later, he reappears in The Shack by William P. Young, a thoroughly redemptive prose work btw, as the favourite songwriter of a character named God. The world of literature has given him the super-heroic proscenium under which he wields the authority that his musical avatar represents. In his human incarnation, as the laureate that his peers recognize him to be, he is a smiling face on the dance floor of the world, grooving, enjoying his anonymity. Why is there no Cockburn Legend in the Canadian archive?
Examined, Bruce’s talents are myriad. How much faceting can one diamond sustain? Zen master of specifically Canadian imagery, startlingly complex and subtle Mississippi-style guitar wizard, community beacon, bold mystic with Christian / Taoist / Buddhist / Sufic sleeves proudly exposed, one of the original folk bilingualists (ses textes ont imprimées en français depuis les jours duTrudeau), international peace-seeker, singer of delicacy and urgency, shy public figure, outspoken political critic, muscular ecologist, diplomat, comedian, feminist, the defenceman on the Tears Are Not Enough team that rose up in the middle and roared out the crucial goal…”Let’s show ‘em Canada still cares!”
Down at the atomic core of the crystal, the symmetry is off balance. As folk music audiences drift from the inspiration of cosmic bards toward the magnetism of the pragmatic romantics, shouldn’t the insistence of his lessons impose a personality equal to their stature? In the TV world, he is an ambassador to the ruins of the war-torn, poverty-sick world, in the shadow of the cameras and his brother John the Doctor; he is a father, struggling with his confession of past parenting disorders. But this is not the archetype of the Promethean stealer of fire, dancing a sunwheel dance in the falling dark of the dragon’s jaws that his writing portrays.
The recent seventieth birthday of the top songwriter from that other country on our continent prompted a bacchanal of journalistic and poetic gush. I wonder about the different aspect of appreciation that our Canadian Gemini elicits. Somewhere in Colorado tonight, he will be celebrating his 66th birthday, reflecting, perhaps, on his major accomplishments, his Junos, his Hall of Fame induction, playing Pete Seeger’s birthday, Nepal, Baghdad, SNL, the new Canada Post stamp, The Order of Canada.
I wonder if he will be thankful for his significant lack of legend. Is being under the radar a stealth strategy to give him the personal space to go forth without cameras and crowds? Is his un-celebrity a way of honouring the essential human equality that he explicitly points to in lyric after lyric as the necessary precept to answering the illusory problems that incarnate life appears to impose? This way of social living evidences not only a spiritual summit reached, but, may I humbly suggest, a uniquely Canadian charm against the ways of the world, and the pitfalls of celebrity. Instead of I’m Not Here, Bruce Cockburn is transformed into a cast of ordinary characters in his own possible biopic I’m Still Here.
While the myth vortex fails to shape Bruce Cockburn into a symbolic being, he continues to translate perceptions from beyond the senses into the vulgate of the everyday for us, using language and music to provide his loyal fans with something “like gold, but better”.
Steady on Mr. Cockburn, and best wishes to your mortal self on this day, and upward.
Posted by Corby's Orbit at Friday, May 27, 2011