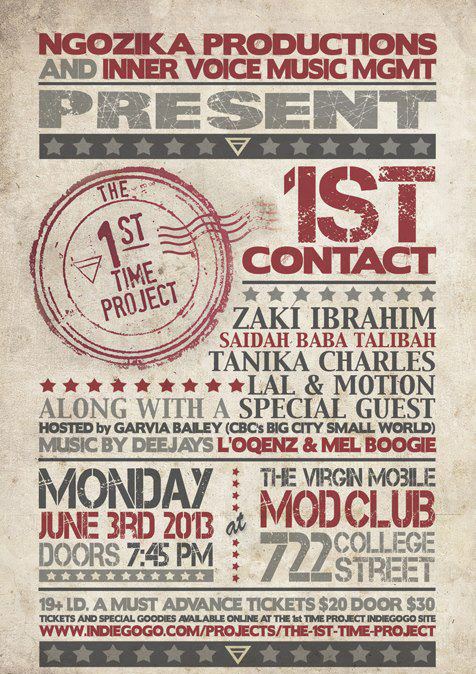 Purchase tickets here or get your ticket through the indiegogo campaign at:
http://www.indiegogo.com/projects/the-1st-time-project

I feel the power of the 1st Time Project lies in its ability to empower women through an open discussion about women and sex by sharing experiences, said project Founder and Director Ngozi Paul. This Indiegogo campaign and the June 3rd concert will provide us with the resources to develop our feature documentary and interactive website

Zaki Ibrahim is a Canadian born South African singer, songwriter and music producer who is quickly garnering the world’s attention with her fresh, vibrant and captivating sound.
Saidah Baba Talibah is living proof that Black Girls Rock – and funk out too! In 2011, riding the critical acclaim of her debut album (S)cream, Saidah won Toronto’s inaugural Soundclash Music Award – handily defeating 300+ other city-wide independent bands.
Tanika Charles is a study in stunning contrasts with bring-you-to-your-knees hot buttered tones, Mz.Chawls operates in a sonic time capsule possessing the assurance of Inez Foxx, the vulnerability of Tammi Terrel, and the smoldering intensity of Betty Wright. 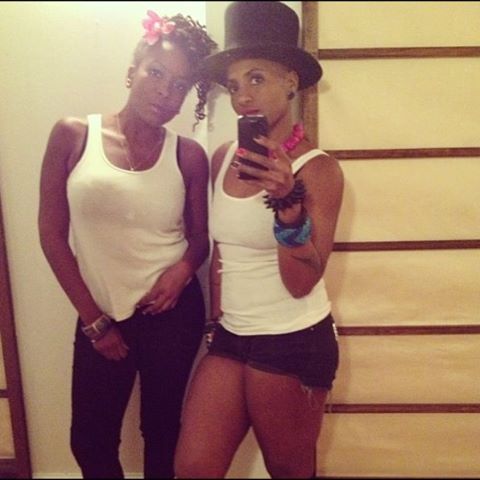 The 1st Time Project began when Director Ngozi Paul interviewed her mother and grandmother about their 1st sexual experiences as part of a TIFF talent lab assignment, themed “courage”. Her Grandmothers shocking story ignited a passion in Paul and she began to wonder why this had never been discussed before, and this question started The 1st Time Project.  She interviewed women from various backgrounds in Toronto, South Africa and Zimbabwe and what became abundantly clear was that women were ready – in fact, eager – to have this conversation. Ngozi directed a BravoFACT! short film with these interviews, produced by herself, Melinda Deines and Brianna Brown.  The film has been broadcast on Bravo, and is having its theatrical premiere at the Encounters Film Festival in South Africa this June. With women’s 1st times as a starting point, the project explores the mythology around female sexuality, as well as historical, cultural and pop-cultural influences through an interactive website, feature documentary and live performance piece. 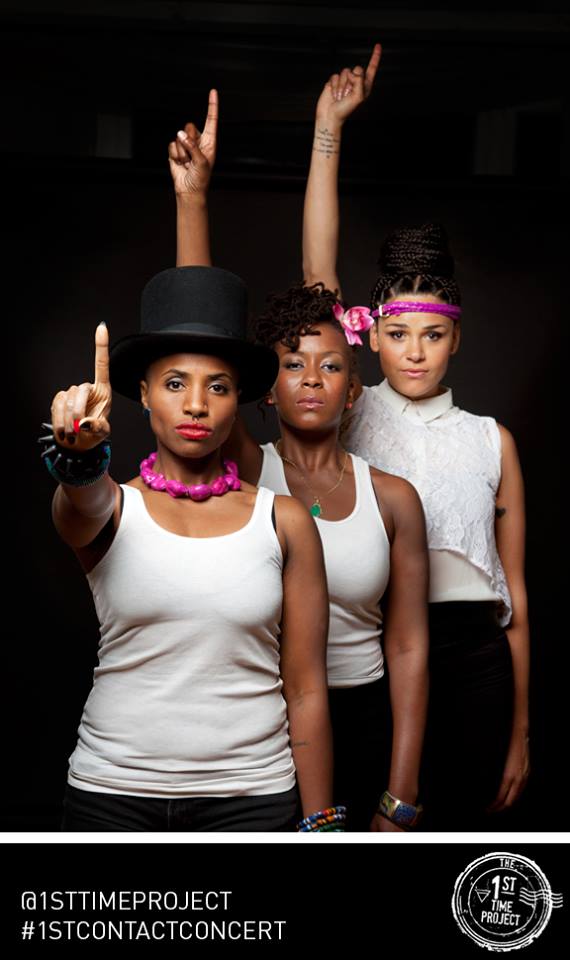