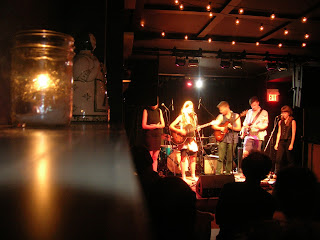 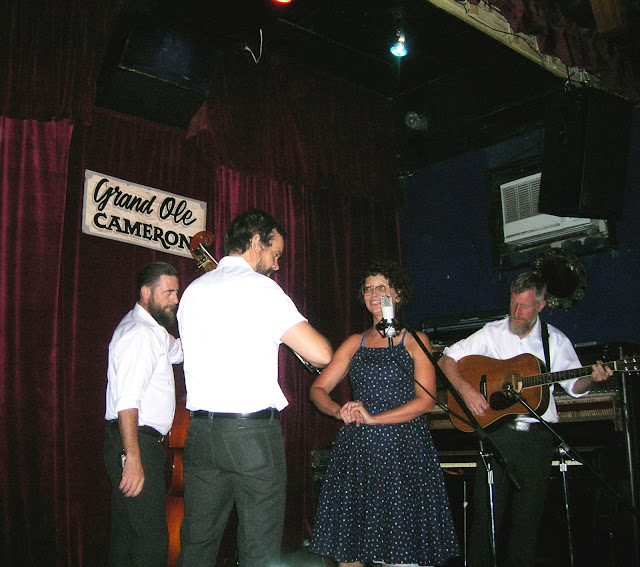 Devon Sproule with Bernice at the The Burdock in the middle of August: complex compositions spread expediently across a team of visionary musicians. 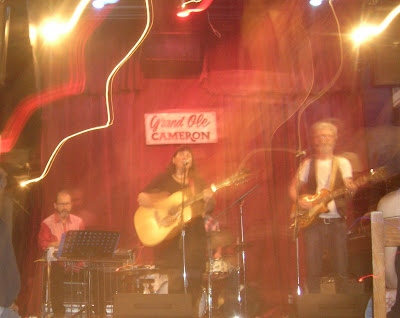 The glory of Kristine Schmitt singing original old-time country songs with John Showman and Cris Coole can not be overstated. The Cameron has done more for real country music in Toronto this summer, with Kim Beggs and Sarah Jane Scouten also in month-long  residencies, than any other local club.
Corin Raymond and The Sundowners are in many ways the spiritual hub of the scene for the past 10 years. 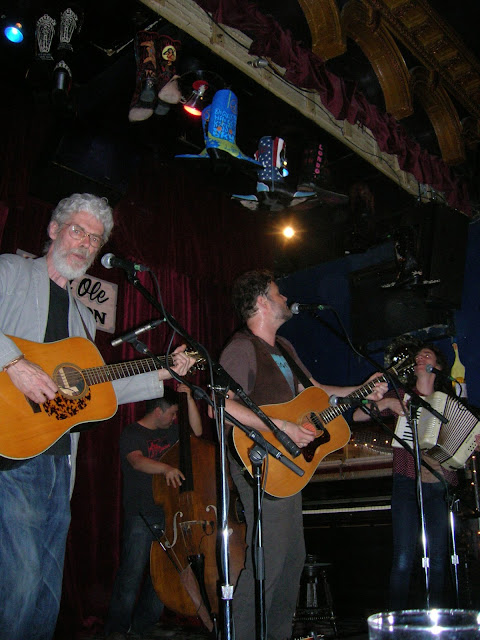 Panamania gave the whole city a chance to get charged up for no charge at all. It was impossible to keep up with the updraft of international talent that lifted the city into a mellifluous cloud of cumulative ecstasy. 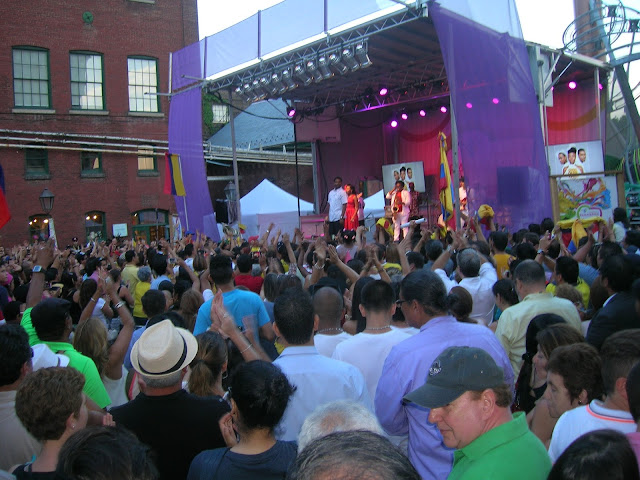 Choc Quib Town from Colombia, performing on Independence Day at the Distillery Square to a flag-waving throng gave the whole celebration an anti-gravity component. 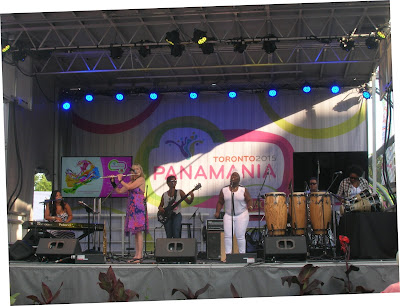 Maqueque and Jane Bunnett brought a revolutionary jazz fiesta ambience to the proceedings.


Luanda Jones' band was a cool and soul seducing distraction from the hair-crisping heat. 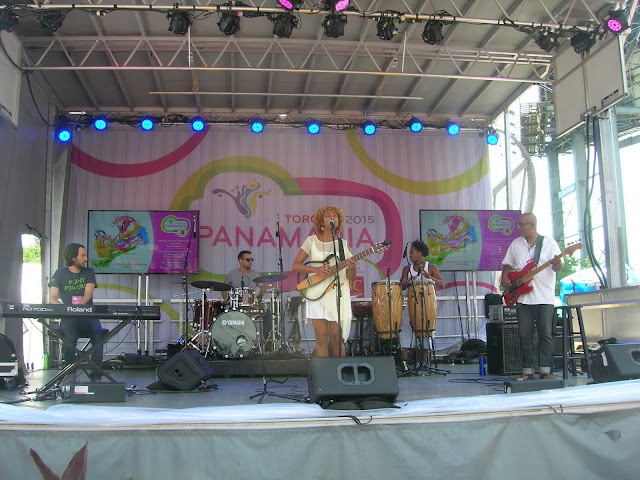 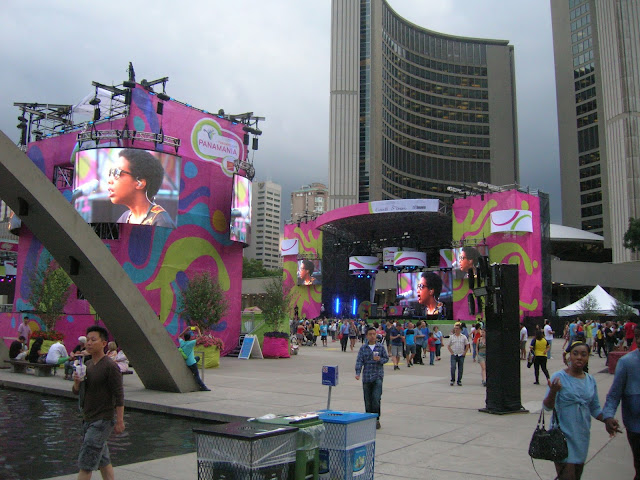 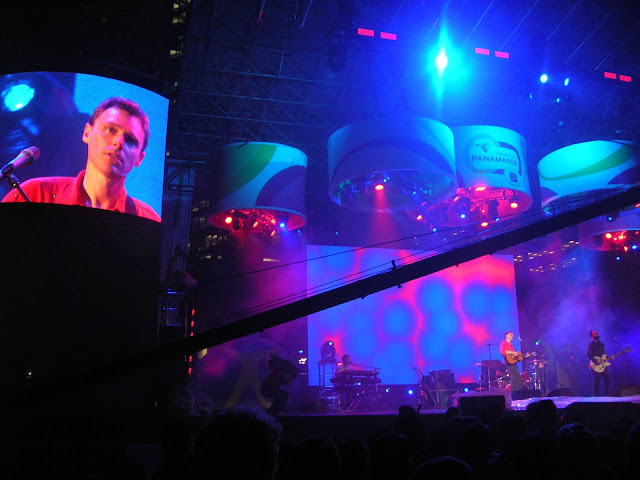 And over at Nathan Phillips Square there was a night of home and native Canadian excellence, with performances by Cold Specks and Joel Plaskett neatly bracketing a half hour of torrential rainfall. 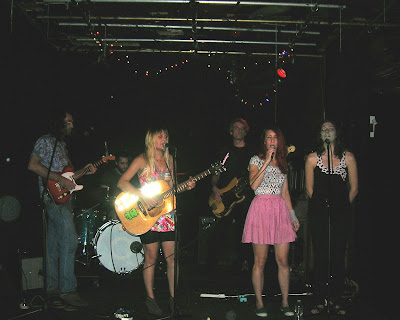 Mimi Oz brought it all back home from Brooklyn in September with a set of new songs that scintillated in the dark Cameron House back room and tickled the ear-bones immensely. Special harmonic emblazoning was provided by Jessica Stuart and Jocelyn Barth. 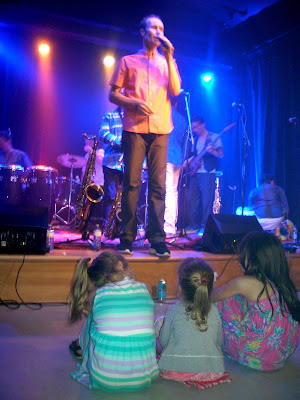 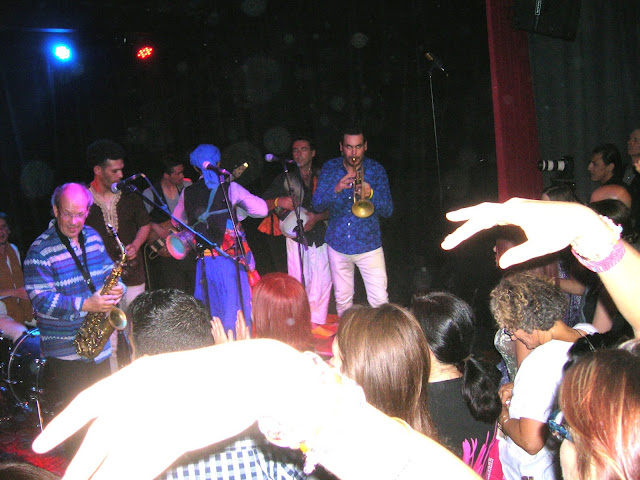 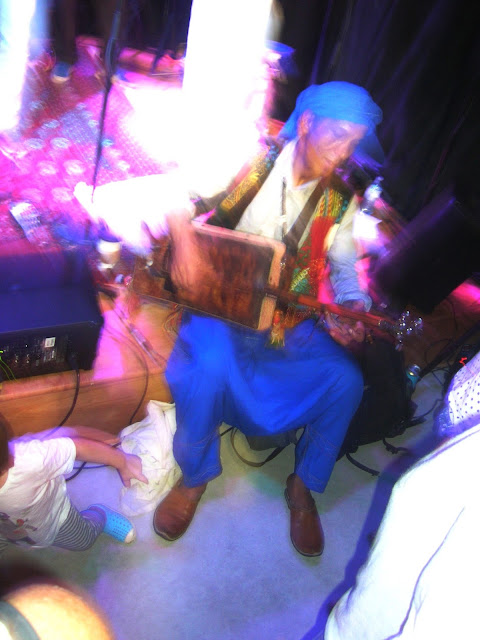 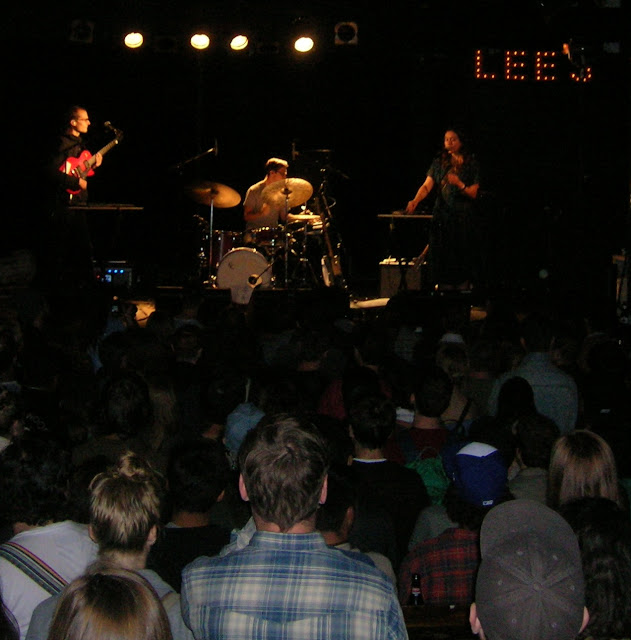 Braids were extravagantly joyous performing with full velocity at Lee's Palace the night after their performances at the Polaris Music Awards broadcast.

And just before months' end, up jumps Retrocity at the Mod Club evoking screams and memories with two sets of expertly arranged eighties hits for voices only. M+M's Martha Johnson was a surprise guest on a show-stopping version of Black Stations White Stations. 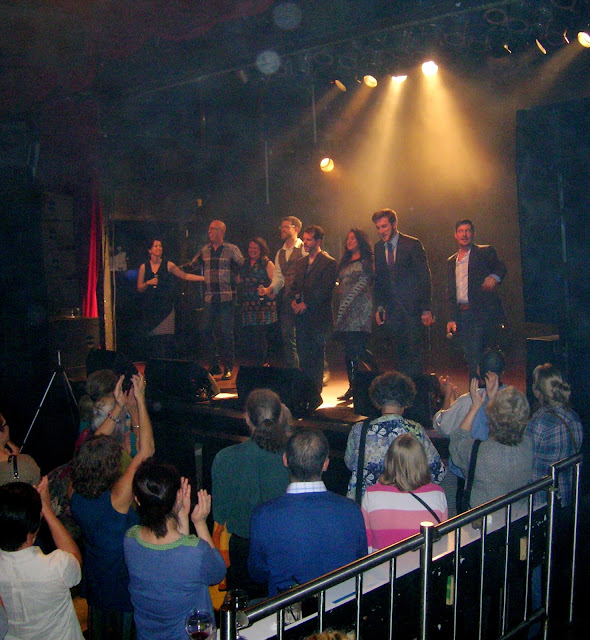 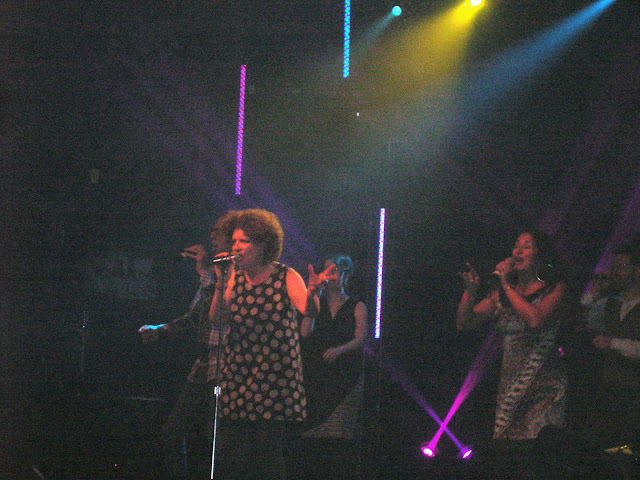