Many of Toronto's most very important Folks brought solidarity to the Tranzac Club on the first day of spring, to celebrate the efforts of Romero House, and to help them to recover from some recent water damage. Romero House is a west-end Toronto community that welcomes and befriends immigrant families and refugees.

Ben Plotnick and Kevin Barrett, folk musicians and activists, organized some hella talented acquaintances to raise money - and the roof - with a spirited night of song that succeeded in packing about two hundred supporters into the Tranzac Main Hall. 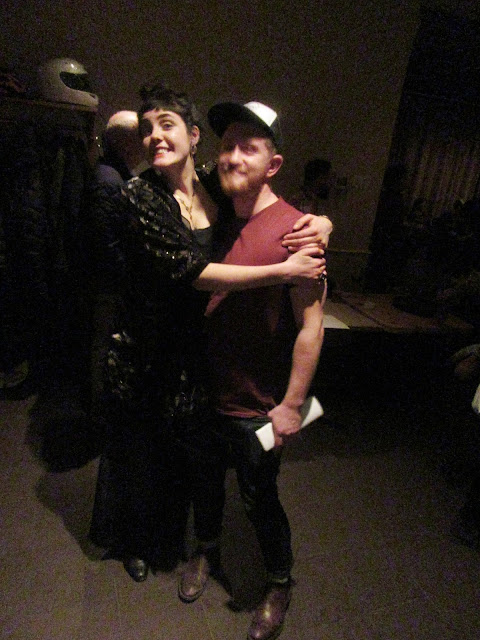 Sarah Jane Scouten gets up close and personable with parade master Ben Plotnick. 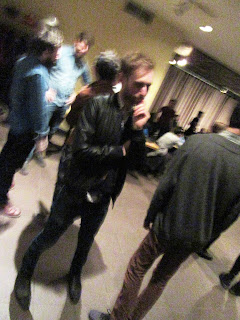 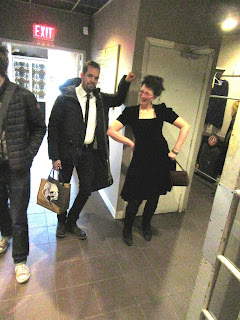 Jaron Freeman-Fox opened the show with bombastic aplomb, and Kristine Schmitt held an impromptu rehearsal in the front room with John Showman and the acoustic elite of The Dot before her set. 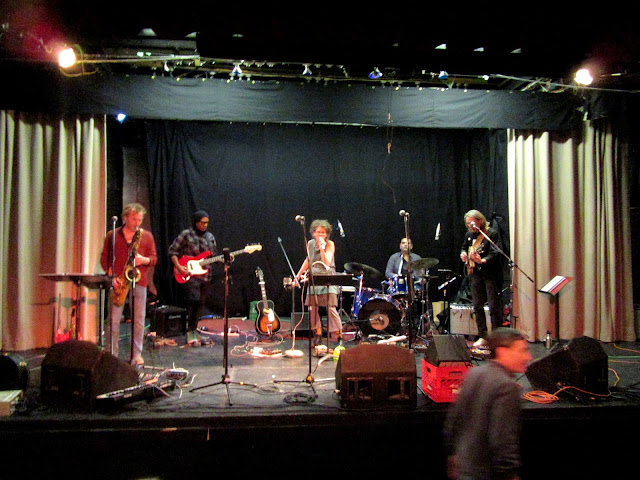 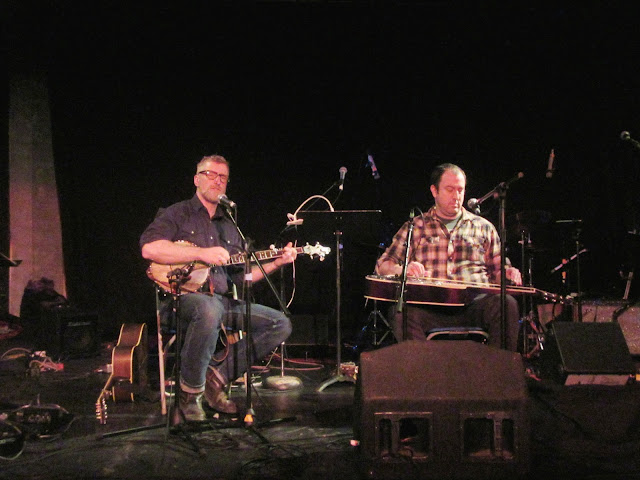 Locals from The Local, Chris Coole and Ivan Rosenberg finally subdued the percolations of the crowd with an Appalachian edition of Stage Fright and a hard times song dedicated to Toronto musicians. 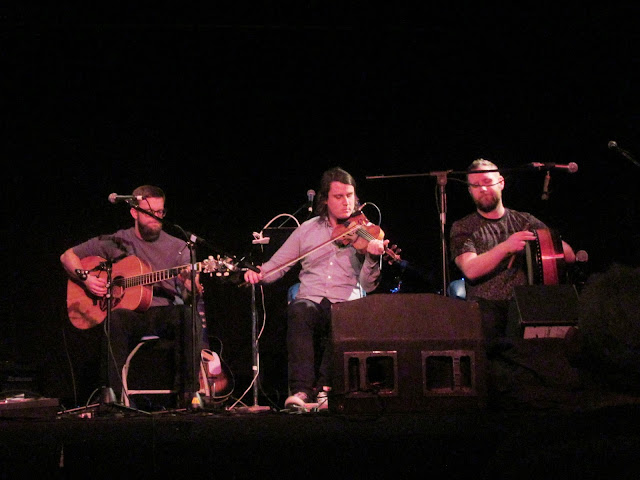 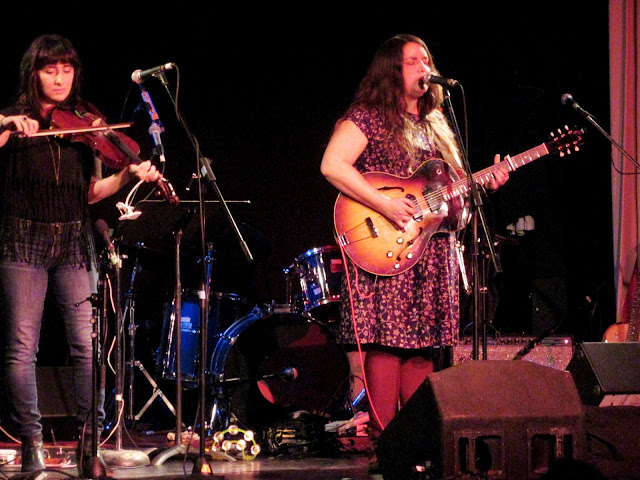 Queen of the Southern Cross Room, Abigail Lapell, on an upward arc with a successful new record, hushed the audience and encouraged a singalong on a brand new song. Quique Escamilla, The Foggy Hogtown Boys and The Slocan Ramblers brought it all home as the night rolled on. A folk festival`s worth of music ringing in spring and hope for an exemplary community.
Posted by Corby's Orbit at Wednesday, March 22, 2017