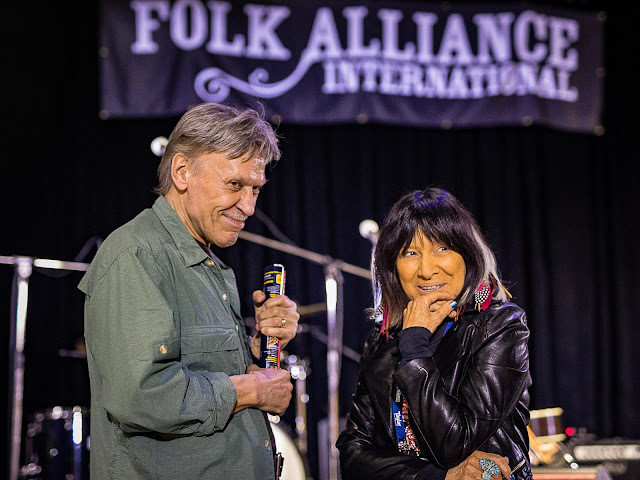 Photo of John Kay and Buffy Ste.-Marie by Leonard Poole for Roots Music Canada
Click on pictures to enlarge
A freedom fire was rekindled in mid-Montreal two weeks ago with the arrival of the three thousand participants involved in the Folk Alliance International conference at the 2019 host venue, Montreal’s famous Fairmont Hotel. As Haiti exercised its right to riot and R. Kelly’s and Ryan Adam’s ears caught fire in a blaze of sexual scandal, the folk guard refreshed the law of musical morality, and renewed and realigned their allegiance to the “revolution of hope” that folk music originally set out to establish in the 1930’s. 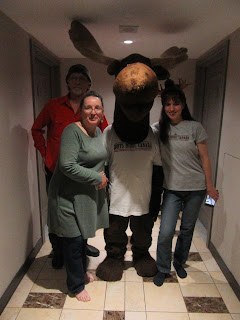 For 30 years, Folk Alliance International has provided a chain to connect the widespread practitioners of folk and roots, music and dance. Every year, this community of performers, presenters, and exponents of traditionally-based songcraft recharges its solidarity with a meeting of minds, bodies and spirits. Corby was there with the Roots Music Canada crew (right) and the presiding hoofed ruminant mammal of the conference, Gordy the Moose.
In aid of regulating over-energetic tendencies this year, official showcases were presented in amplified meeting rooms from 4:30-8:30 p.m., a full two hours earlier than usual. Private showcases (i.e., in hotel rooms) began at 10:30 p.m., allowing for two hours downtime and detox.

Official showcases had a tentative kick-off Wednesday night, 401 white-outs and grounded flights be damned. With a few absent friends, and a simultaneous, sequestered Indigenous Summit happening, there was still evidently no frost on those festive folks who had made it in. 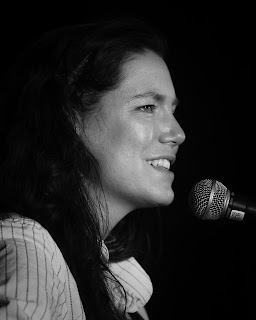 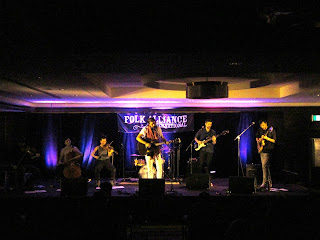 Big draws like Catherine MacLellan (left) and Reuben and the Dark (right) were playing mostly to friends and peers at the outset, but by set’s end, sizeable numbers began to turn up. Reuben’s cover of “Bobcaygeon” met with a roaring ovation, and Shari Ulrich (below, with daughter Julia Graff) ended her set in top form before a packed house. 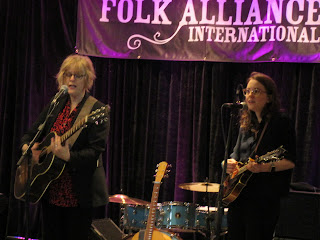 “We told them to leave the door open,” confided keyboardist Cindy Fairbank.
For the second round, The McDades (right below) flexed their compound roots with a frantically tickled penny whistle riding atop killer beats. 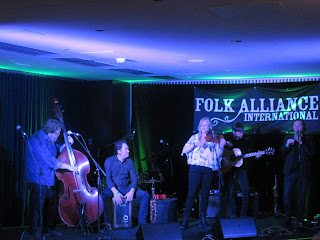 Official showcases ended with a summit -shaking performance by Dione Taylor and the Backsliderz (below). With soul power and gospel grace and a roaring bass from Jordan O’Connor at the foundation of the heftiest band in the hotel backing her all the way, Dione opened up her pipes on some formidable inspirational social justice testimony. 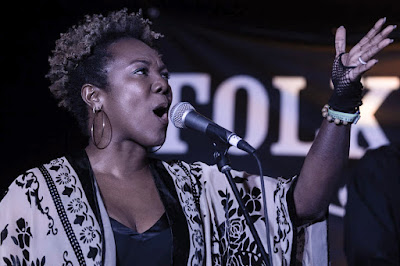 During the break before the beginning of the private showcases, areas around the bar and quiche stands became densely populated. 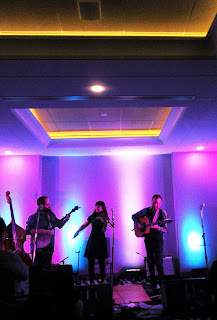 Then a flood of fans and fun seekers packed the elevators and headed to the higher floors to the poster-papered walls, seeking intimate contact with folk stars, Stellas and free poutine. This continued on, with memorably arresting performances by The Wanted, April Verch (right) , Cecile Doo-Kingue and hundreds of others until the lost hours in well-lit studios and abrupt single occupancy spaces – until memory waned and the pillows finally prevailed. 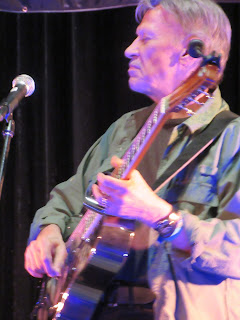 Thursday’s roster of  roots rebels was helmed by a vibrant captain, John Kay of Toronto, whose band Steppenwolf initiated advances in the very fabric of sixties rock, arguably the most effective force for social change in the history of music until being overtaken by reggae and hip hop. His new music is pure unrestrained activism. Refusing to “let the heart turn away from this shameless age,” he followed his set of original blues with a 45-minute impromptu account of his preservation and education efforts on behalf of elephants and their failing ecosystems. The dozen fans in attendance included fellow disturber and Wednesday’s "Choice of The People" honoree, Buffy Sainte-Marie, whom he befriended fifty-odd years ago at The Purple Onion coffeehouse in Yorkville, during the glory years of rad folk. 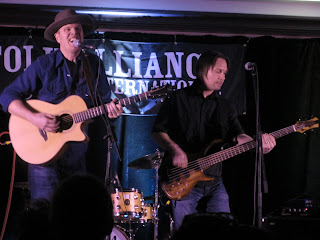 Evidence that the vitality of that movement has remained potent was heard everywhere in the Fairmont. Audiences ranging from groups of three to hundreds were learning to sing along with the choruses of songs about over-fishing, Indigenous rights, and secular faith. Dave Gunning, (above) in a showcase as tightly packed as one of the hotel elevators, got the first standing ovation we’ve witnessed so far with his song “Sing it Louder,” urging, “Let’s all join hands and beat the drum.”

Addressing another aspect of music’s effectiveness at unification, two seminars engaged large groups of musicologists on the meaning and influence of international music, often pigeonholed by the industry with the execrable term World Music. Ranging in scope from field recordings to experimental cultural fusion adventures, the term is considered to be abusive to progressive global empathy because of its lack of specificity and the control of its access by marketing gatekeepers in the global north. 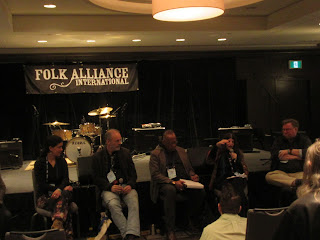 Advocacy and showcases by the Smithsonian Folkways label and a broad slate of presenters at the conference are attempting to set a new template for perception and appreciation of the unique traditional identities at work in music creation. 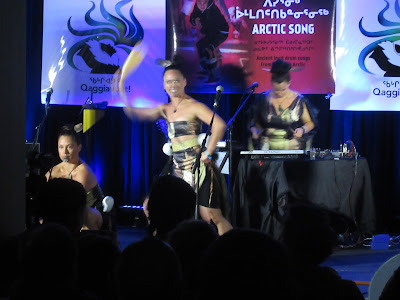 I was personally overcome by an incomprehensible but powerful force emanating from three Maori women performing dance with looped percussion and vocals as Mama Mihirangi and the Mareikura (right).  Their mesmerizing but fractal flow and otherworldly theatrics invoked a rapturous level of being that only the purest music is able to conjure. 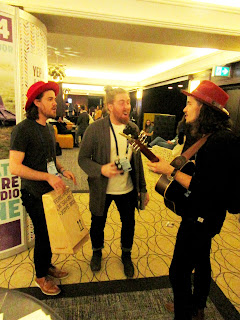 As one astute panelist remarked, “Why are we spending so much effort trying to define world music and folk music?  All the terms suck.  We can’t even define music!”

The revolution will not be translated.

Further reportage to come.The conference continued on through Sunday. Its ideas will continue through generations.
A Leverage For Mountains: Hallway Jam