Good Bye Pete Otis, And Cheers Along The Way 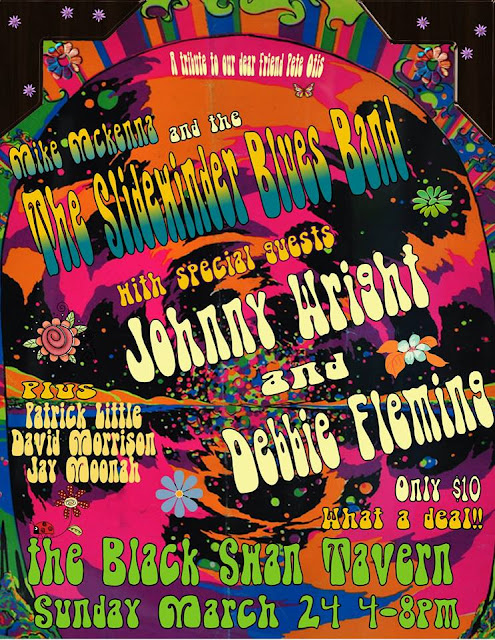 The avenue known as The Danforth has become the nexus of east-end Toronto's musical culture and heritage, and The Black Swan has evolved into its unlikely headquarters, thanks primarily to a series of tribute shows held there over the last decade called Honouring our Own. 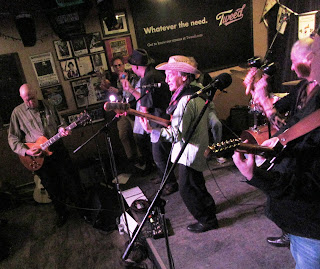 Dedicated to recognizing key song heroes, still living, they have been organized by entrepreneurial enthusiast Pete Otis. After working with SOCAN and spending a lot of time writing songs, and befriending a wide range of musicians, Pete became a promoter and celebrator of great T.O. legends 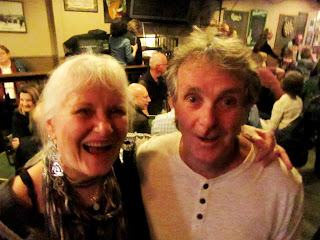 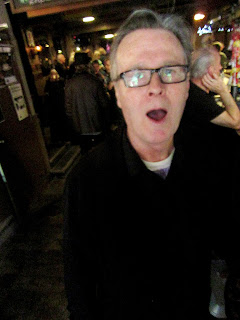 As the always provocative Steve Ambrose (left) said at his event, "And I'd like to thank the Canadian Music Industry for ignoring me for MY ENTIRE LIFE." 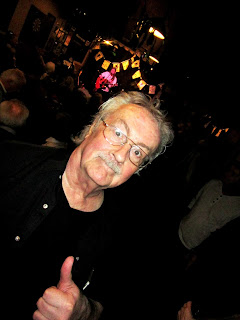 Ironically, Pete Otis has now received his own daylong fest of celebration, having passed on after his New Year's Eve show at the beginning of this year at the Swan. Mike McKenna (right, with Sebastian Agnello onstage behind him) was the chief co-ordinator. On a recent Sunday, much of the prime talent that he elevated with his nights of acclamation saluted him back with a daylong party of rhythm, rock and reminiscences. 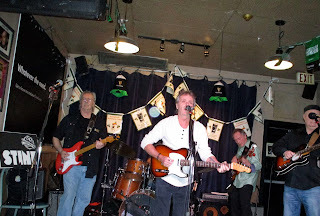 It was a very successful event that bubbled down into an evening of fiery jams and eulogies, commemorating Pete`s life, not his death.
(left, Luke Gibson Band - photo by Debbie Fleming. Brian Blain below) 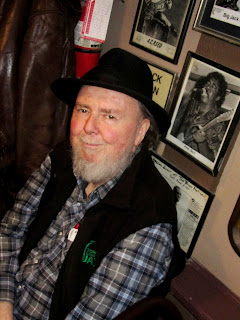 Toronto's musical community has been devastated with the recent passings of Whitey Glan, Johnny Lovesin, Garry Lowe and Justin Haynes, just to name a few. As the day was in full swing, news came that the great Joe Hall had just lost his battle with terminal cancer. 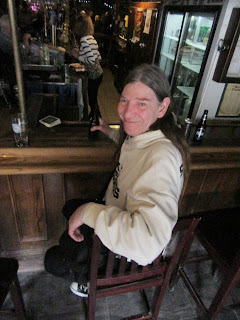 Sebastian Agnello (left) got up and sang a tune for Joe called Middle Aged Men with Guitars. As he sang, the truth of aging returned to me in the words of Cameo Blues songwriter John Dickie, "They're plowin' our row." Pete would have been seventy on April 20 this year. Condolences to his family and his loyal friends and peers. 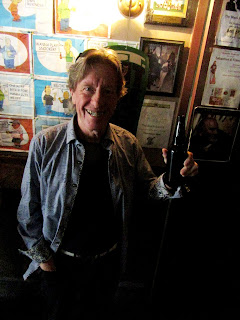 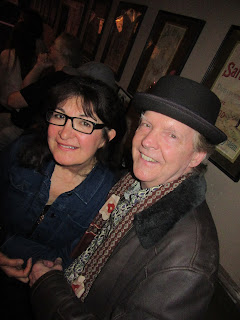 (Below left, Johnnie Wright, and David MacLachlan, and "How about my girlfriend?")
Originally published at Roots Music Canada
Posted by Corby's Orbit at Tuesday, April 23, 2019