The Speak Music Be Kind Festival Warmed The Wintersoul 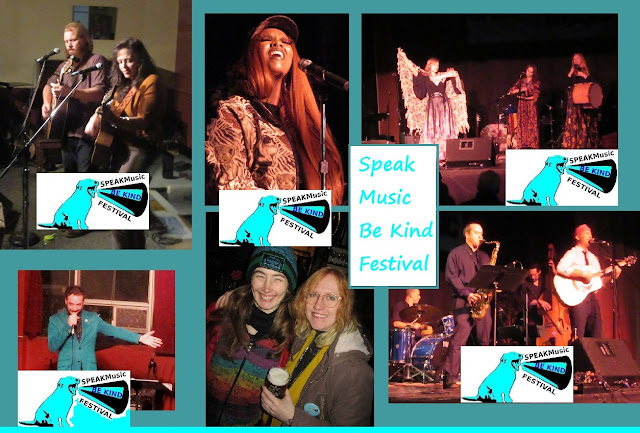 There was too much musical and emotional content on display at Beverly Kreller’s first-ever not-for-profit Speak Music Be Kind Festival last month to adequately describe the magnitude of the vibe. How did Toronto’s first music festival of 2020 combine the perfect storm ingredients of a sizable audience, a comfortable and accessible venue, the Tranzac, and a captivating flow of lustrous musical talent to manifest a concept - kindness – so intrinsically simple that it has failed to be made obvious until now?

As a gender-balanced event, there was a lake effect of feminine calm that was palpable from every angle, and, with a major snow occurrence squatting down on the entire region overnight, there was that particularly Canadian camaraderie that only mutual sufferers of the overchill can share. It seemed that the deluge, fortunately, had little appreciable effect on attendance, or on the safe and timely transit of performers and volunteers to the venue. Highlights of two nights spent kindling kindness follow: 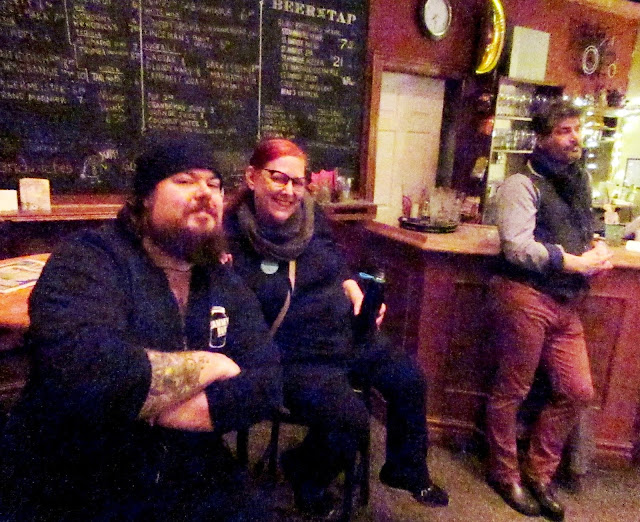 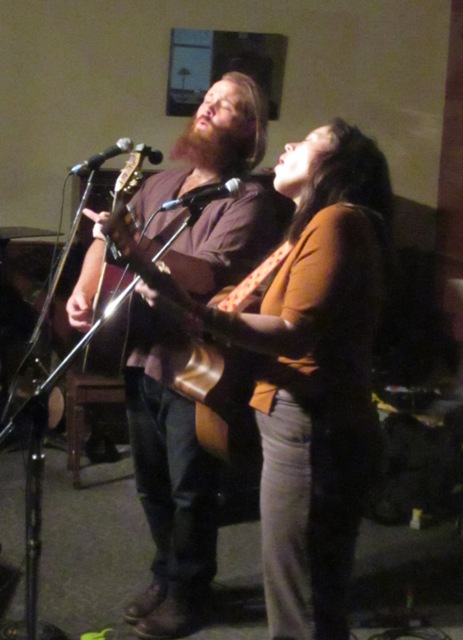 Fiercely empathetic duet Piper & Carson inducted the audience in the Southern Cross Room into the wolf clan with a howling chorus, setting a primeval tone for Friday night’s opening set. 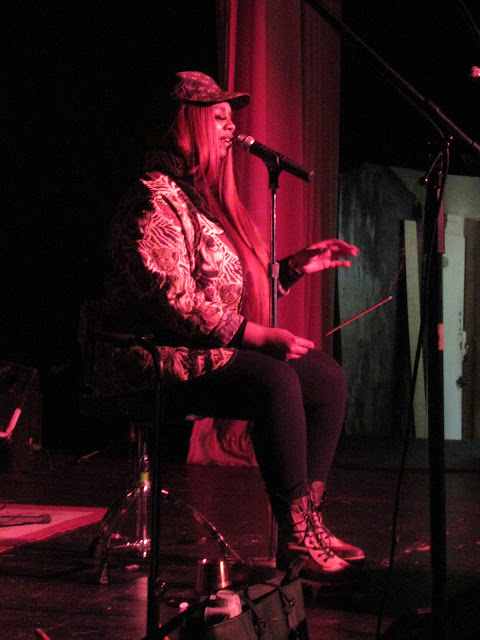 Shi Wisdom, the songstress with the longest of tresses, blessed and unstressed the Main Hall with a stick of incense and some trance-y beats and rhymes. 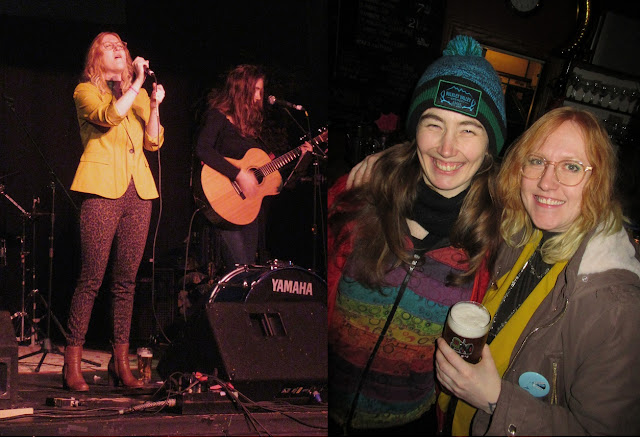 Best of buds, Chloe Watkinson and Mip, contributed bundles of warmth and fun to the bonfire of kinship that empowered the evening’s ascending flight path. Chloe crushed it yet again with her superb power ballad The Universe. 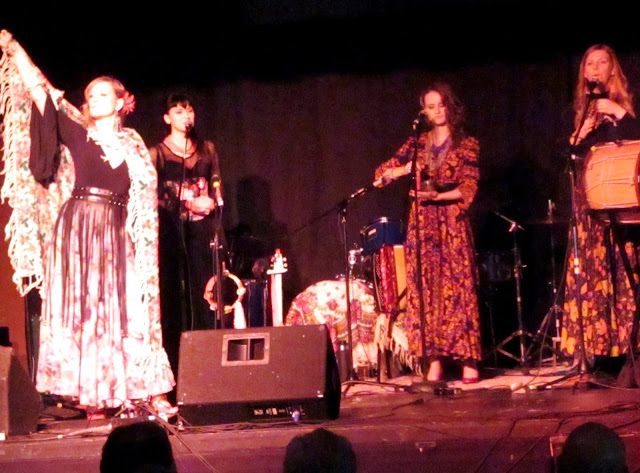 In their florally resplendent fabrics, Blisk brought Balkan balladry, stomping revelry and some elegant harmony to a boil with their accordion-fuelled distillation of far-flung cultures and wildly celebratory songs. 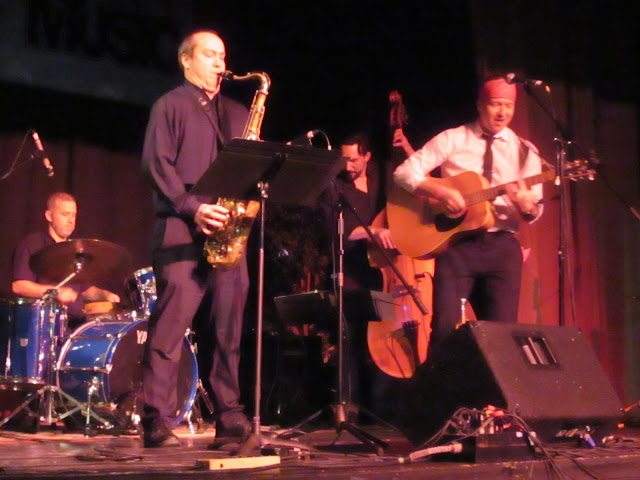 Mike Field’s capricious pop compositions gave his star-studded band a chance to enhance the dance quotient, and an opportunity for saxman Paul Metcalfe to blow away the chill.
Vivienne Wilder was a total weapon against gravity with her uplifting songcraft, badass lyricism and the musical support of her two expert flotation devices, Neil Whitford on guitar and Andrew Roorda on bass. 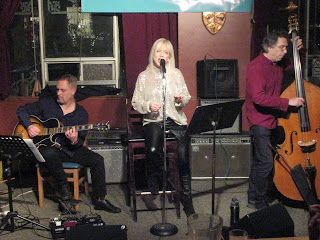 Jazzomometers were overloaded during late sets by cobalt-jacketed scat champ Ori Dagan sparring with his miracle bass player Jordan O’Connor (above), the Simone Morris Trio (right), keeping the audience hanging off every note and word of her insinuating originals in a snowflake chic ensemble, and by midnight, dreamy retro queen Tia Brazda (below)

had style galore to convey her positive perspectives on the changing stages of affection and romance. 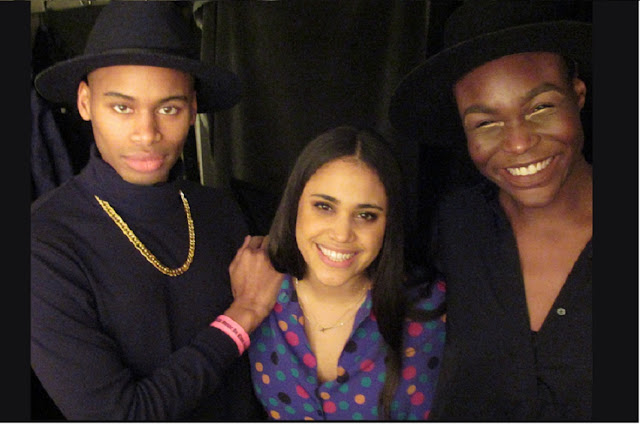 After a steady Saturday of shovelling out, the second night was back in action, with an all-day jam bubbling along, a bellowing accordion workshop and one for fiddle inside the Tranzac’s cozy, parlour-style Tiki Room which featured a hoedown showdown between Anne Lederman’s intricate string embroideries and Dr. Draw’s electro/techno techniques . There were also a dozen afternoon concerts by such folk faves as Annie Sumi and David Newland, amongst others. Courtesy volunteers and sandwich trays helped to develop a comfortable, indoor “snowday” atmosphere. By sunset, with the welcome news that the roads were clear and the wind-chill was minimal, a fresh buffet of sounds had been set out for us. 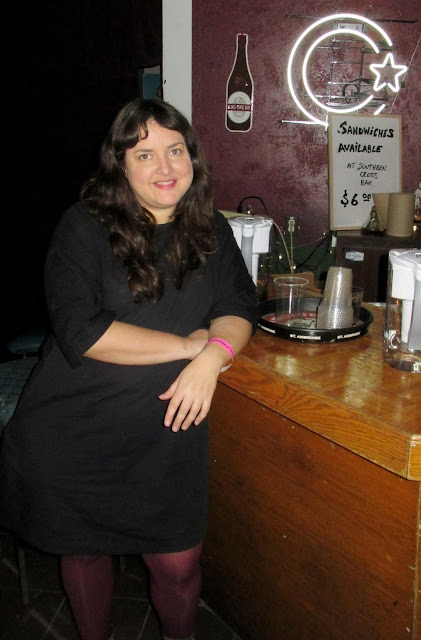 At 6:00, Abigail Lapell (above) started charming the Main Hall, linking her songs of deep melody and lyricism with her gregarious personality and stream-of-consciousness musings, while Sammy Duke was busy roaring out the blues to the nearby Tiki Room denizens.

The six members of Darbazi (the Georgian language’s equivalent of “kitchen party”) decided to set up on the floor in front of the stage in order to more directly present their harmonious edifice of full-throated a capella chanting, murmuring and yodelling  to the receptive crowd.

Meanwhile the multi-national fusion music of Al Qahwa was timbrelling up a complex brew of rhythm and ouds in the Southern Cross room with shadings of social conscience, cinematic visualizations and a bit of belly dancing from den mother Maryem Hassan Tollar. 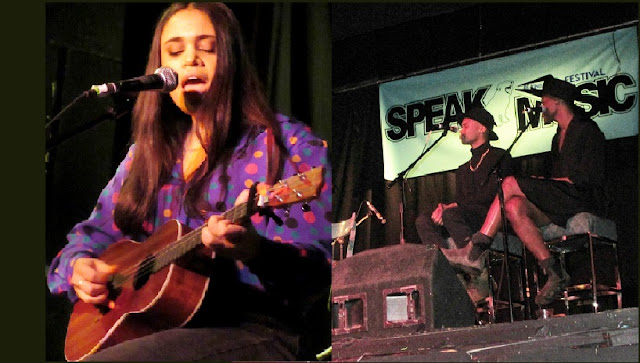 Lydia Persaud opened hearts, minds and ears by reducing the songs from 2019`s  Let Me Show You album to a vocal trio format, with James Bailey's and Kyla Charter's contributing cascades of vibrant and velvet ornamentation. 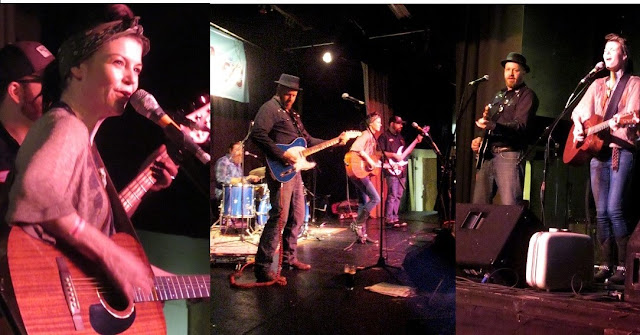 Notching up the energy, the magnetic Ginger St. James had braved the highways to deliver a tight band and a loose sense of propriety, just in time to kick the Saturday-Night factor into high gear. She`ll soon be on her way with guitar man Slim to decimate audiences at the Blues Challenge in Memphis. 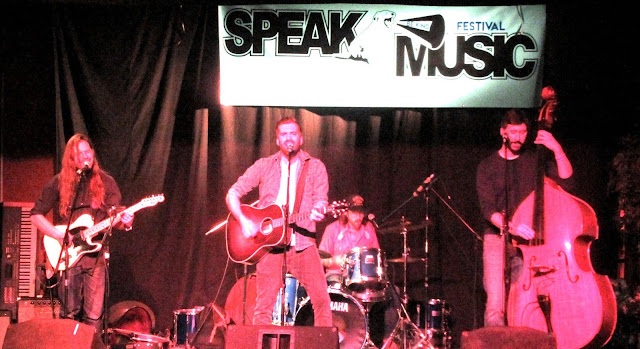 Johnson Crook turned the dance floor into a carnival as their urban country air breathed the sparks of Saturday night into a raging flame. 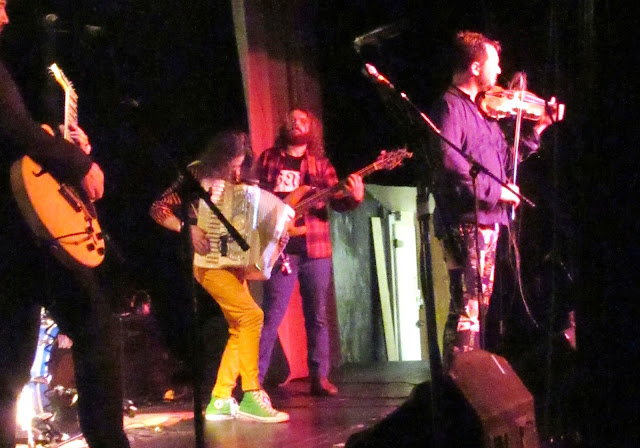 Then all that remained was for fiddling dervish Dr. Draw to explode his shamanic forces onto the approaching midnight, urging his band into hyperdrive while shredding his bow - along with our minds - and filling the dance floor all by himself.

When ECHLO came onstage we were eased into the smoothness of her beautiful songs by a heavenly voice and lustrous gestures conjuring a state of grateful fullness and kind repose. If music was food we would all have gained a lot of weight by then.
In retrospect, there was a great level of love being shown for this series from the community: non-performing artists such as Tannis Slimmon, Shawna Caspi and Jill Harris were just there to support and absorb the atmosphere. Because of the gender equity, we heard songs about topics such as assault, girl crushes and sperm donors that might not see such a large audience anywhere else. 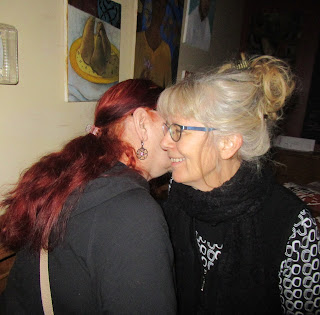 As far as the cultivation of kindness goes, uber-host Bev Kreller (left, with Tannis Slimmon) has some warm recollections: “A few of the performers offered to waive their fee and donate it to the Unison Benevolent Fund. Artists offered to go and fetch hot beverages for the volunteers (because it was REALLY COLD at the front door reception). And folks were creating and catching the kindness vibe throughout, with smiles and excitement for the festival event. Plenty of hugs and warmth going around. There was enormous support for the idea of kindness. Virtually every artist kindly highlighted the festival’s intention, in comments during their sets. It wasn’t corny or saccharin, it was genuine and heartfelt…some folks even shed tears.”

In terms of success, she adds, “We had a terrific turnout in spite of the cold weather conditions and massive snow storm on Saturday. Ticket sales online were brisk and we had a large number of walk-ups for single day and 3-day passes. And as well, folks who had bought a single day pass, often came back to the box office to request a full weekend pass, because they were so thrilled by the performances and the eclectic lineup. Due to word of mouth, walk up increased significantly day by day as the festival went on.” 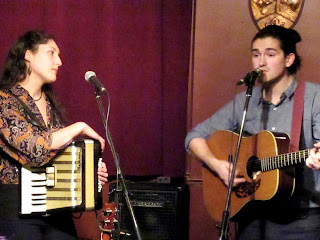 She also remarks, “OMG there were SOOOO many moments! The choir led by Laurel Minnes, called Minuscule, blew the roof off a packed main hall, earning a standing ovation. So Long Seven piqued everyone’s interest and captivated with their unique combination of banjo and tabla. Tour mates Tragedy Ann (right) and Moonfruits packed the Tiki Room like a tin of sardines, and you could hear a pin drop. Gary Kreller doing old-school rap with accordion. The Pure Pop workshop with Blair Packham, Arlene Bishop and Rob Szabo was glorious and engaging, while the blues-rockin’ roots workshop with Julian Taylor, Kim Doolittle and Ken Yoshioka offered a terrific blend of varying blues styles. Dave McEathron made me cry and yet I felt elated at the same time! Johnson Crook were hugely impressive – such great country songs and vibrant harmonies. The Barrel Boys were tight and brilliant as usual. Ginger St. James and Dr. Draw both tore it up in the main hall while Ben Heffernan quietly impressed in the Tiki Room.”

And her wish list for next time? “A little more sound proofing between the rooms, though it was pretty good through most of the fest, a few more volunteers to share the load, and a portable heater for the front door area! LOL.”