Planet Neil On His 75th Orbit

Planet Neil makes satellites of us all; its pull is emotionally gravitational, its pulmonary magnetic characteristics amplify the tidal flux of our own most personal pulsations, with a shakey voice as real as the day is long.

From a distance, the orb’s lumosphere radiates a pale denim blue, but through a radio telescope its features conform to an exact fractal plaid, and its rings are fused within the yellow haze of the sun.

Its ecosystem has evolved from an axis of obliquely-linked lyric lakes, deep and dark as midnight mud, resisting critical or chemical analysis; they eject sporadic luminous spumes of a strange range of atmospheres, inhabited by cinnamon girls, big birds, sandy cowgirls, and tin soldiers.

Its climate changes with the passing of mood clouds that forever seem about to rain. Enclosed within a dense foliage of psychotically intense electric guitar-heart rage weed, the thorns on its wiry undergrowth can be painful to the point of requiring medical attention or, as in the case of the province of Deadman, incineration.

These loudscapes also harbour anomalies of pastoral, load-bearing acoustic guitar oases, so organically beneficent and self-sufficient that they might have been dropped from a divine ergonomic architect’s cutting mat.

Crisscrossed with devil’s sidewalks, human highways, silver clouds, spirit roads, turnstiles, toy trains and hurricanes, its landmarks are reflecting fountains, sugar mountains, wrecking balls and mirror balls. The governing body is presided over by Pocahontas and Marlon Brando heading a cartel of Stray Gators; the population is centered in Greendale, a young girls’ town where old laughing ladies sometimes call from the top of the stair, or wave from the banks of the river. Major exports include the PONO digital media player, Canadian Extracts (CBD Oil) and common sense.

In the timeless gorgeous garage of changes, comes a time, as the days fly past, when those who survive reach seventy-five, with the daylight still in their eyes. Sooner or later, it all gets real. Don’t let it bring you down. Happy birthday to Neil Young. 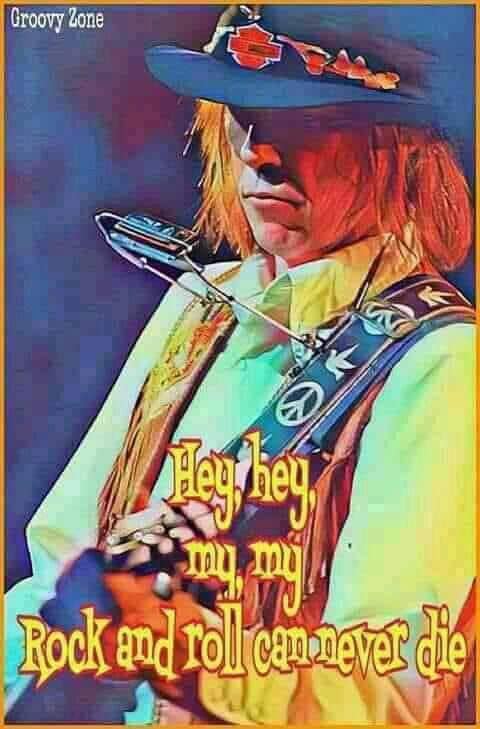 First published at Roots Music Canada. If you are enjoying this content, please take a second to support Roots Music Canada on Patreon!
https://www.patreon.com/join/rootsmusiccanada?
Posted by Corby's Orbit at Sunday, November 29, 2020