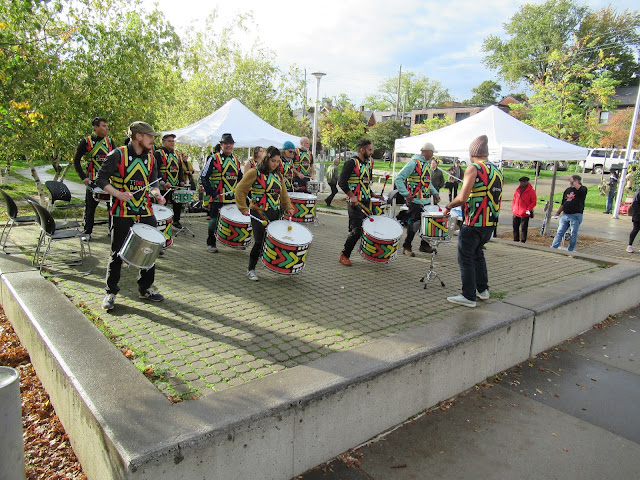 T-Dot Batu
At Toronto's Wychwood Barns this past Sunday, bright sunshine and scores of percussion stars turned out to appreciate and show sincere admiration for the cultural contributions of drummer, teacher and activist Muhtadi. His annual Muhtadi International Drumming Festival is now in its 21st year and a grand profusion of excellent sounds & dancing accompanied the 6+ - hour event, which could be heard far and wide in the Hillcrest neighbourhood, just west of Casa Loma. Below, Njacko Backo plays the kora with his wife. 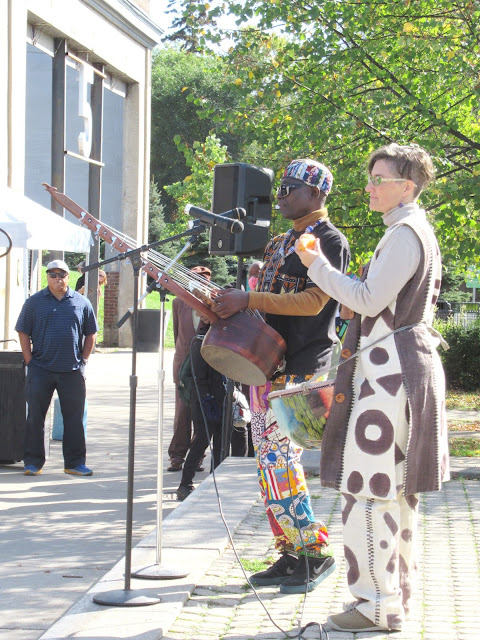 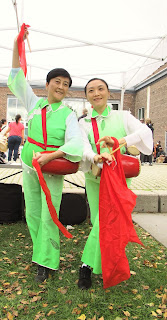 Despite many funding challenges, and this year's epithet-laden conflict over a potential cancellation, Muhtadi and his dedicated band of volunteers and performers have maintained an unbroken, twenty-one year string of FREE annual festivals, providing a unique platform for mutual respect, unity and joyful multicultural celebration of life in Canada. 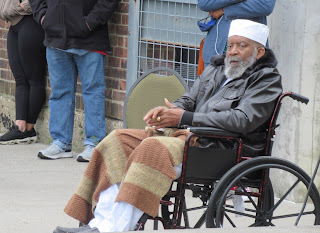 Muhtadi Thomas immigrated to Canada from Trinidad and Tobago in 1974. His musical talents have allowed him to master the djembe, bongos, congas, timbales, steel pan, and a wide assortment of other percussion instruments. As many of you may already know, Muhtadi suffers from Parkinson's disease. 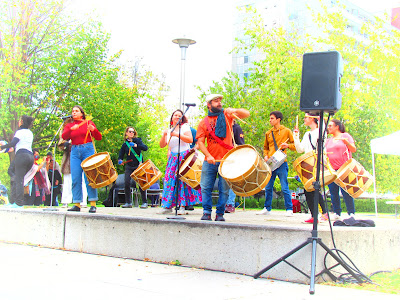 Since he has so often freely given his time and talent to many individuals and causes, his organization wants to retrofit his home and purchase mobility aids so that he can remain in the comfort of his own space.The event was also meant to raise awareness of Muhtadi's Parkinson's Home Care Fund.
Maracatu Mar Aberto.
Below: Hummingbird Tassa Band from Trinidad & Tobago. 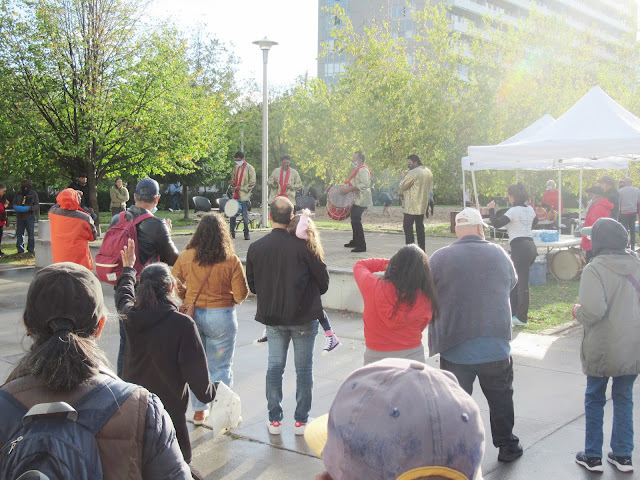 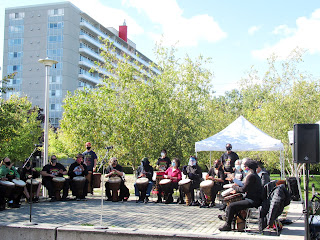 Beginning with a drum circle, which focussed energies and summoned weekending families and friends to the already bustling community center, the day developed steadily through a programme of ensembles and solo artists that led to a culminating roar of rhythm that set bodies in motion, drumsticks afire and a benevolent
smile across Muhtadi's countenance as he sat ringside and applauded with obvious enjoyment at every act, many of which have been encouraged and trained by him in his career as a music educator. 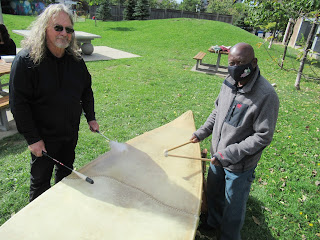 A special sideline of the event was the presence of David Hynes' Conundrum (seen here with Festival organizer, Muhtadi's Brother Joe Thomas}, which gave all present a chance to connect to deep tones and thundering rhythms. It was surrounded by children, musicians, neighbours and dogs for much of the afternoon. 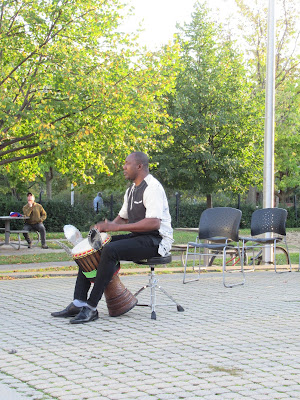 After wave upon wave had pulsed through the physical and metaphysical metabolisms of the gathering, it was left to  amazing soloists and jammers to sanctify the proceedings with sunset performances and to return spirits to earthly levels, having enjoyed a magical musical day and the aura that had been cast by one man over an entire city. Like the voice of rhythm, forever forward, Muhtadi.
Master Drummer Amadou Kienou from Burkina Faso
Video features part of the performance by Maracatu Mar Aberto.
This was originally published at https://www.rootsmusic.ca/
Posted by Corby's Orbit at Sunday, November 14, 2021