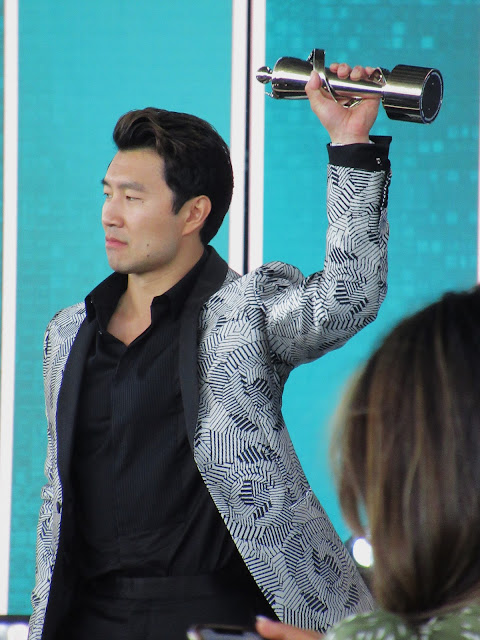 Thanks to providential serendipity, a happy afternoon was spent by the Orbit at Beer-Brand Stage on Toronto's lakeshore, listening to the most popular musicians in Canada putting on foundation layers for The Game Face, in preparation for their performances at the 2022 Juno Awards broadcast later that night. 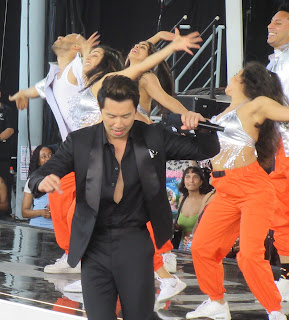 Host Simu Liu kept himself amused by dancing, posing, mixing with his entourage and arm-pumping the prop Juno that was handed out repeatedly for "Baby Don't Hurt Me / What Is Love" and "Sandstorm Melvin Remix", the two bogus titles that were being accepted by random volunteers in the absence of the winning celebs du jour. 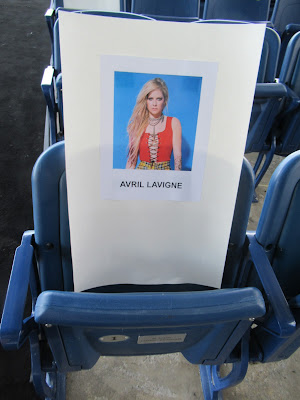 Many Canadian music luminaries were on hand for their sound checks however, and photos and phone vids were generously permitted for the hundred or so fans who were there, with the single exception of Avril Lavigne, who wanted to keep things dark.

Her rehearsal performance, beneath a cloud of black balloons, went swimmingly, with a band of florescent bouncing bandmates and a shimmer in her voice that has not lost any of its intense lustre in the last 30 years. Arcade Fire's elaborate closing setup took a long while and featured a fluttering air tube dancer that was cut from the broadcast. 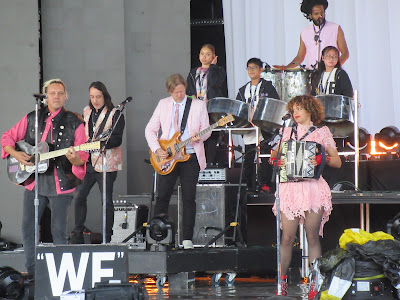 The ever-patient Toronto audience was so tediously well-mannered that Win Butler eventually cracked, "Why so quiet? Arcade Fire is standing right in front of you." 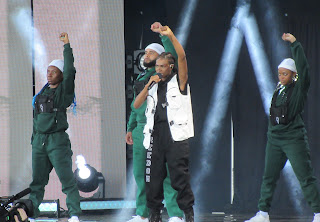 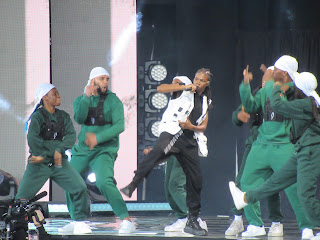 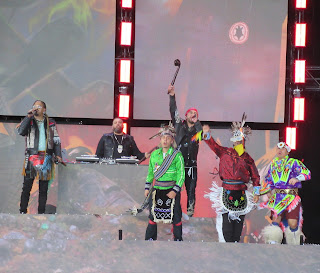 and the Indigenous power-pack of DJ Shub and Snotty Nosed Rez Kids' cavalcade of hoop dancers, leathers and feathers, and prismic waves of neon fringe were actually more compelling in broad daylight than they appeared on tv later, with so many shadowy cuts and rapid pans. 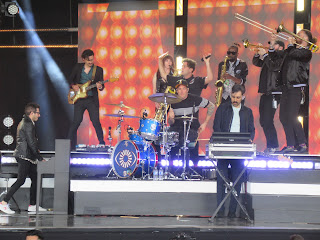 Opening act Arkells had a horn section that chunked up their sound in a way that excited the mosh pit into looking away from their phones for a minute. Simu's dance duet with Regina's Breakthrough Artist of the Year 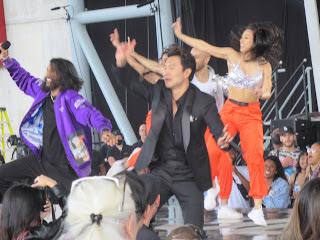 Tesher and his team gave actual visceral form to the meaning of Asian Heritage Month. Charlotte Cardin, on the energy slipstream from her triple win the evening before professionally steamed through her set in a white t-shirt with, apparently, a lot on her mind. 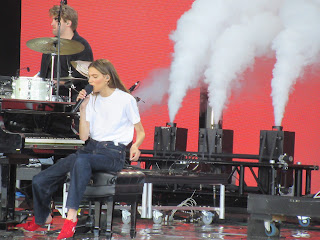 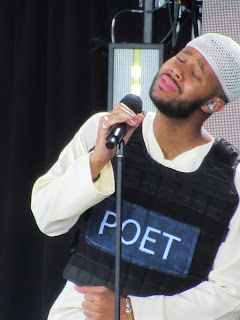 RoseAnne Archibald gave an inspired speech about the role of the arts in the struggle for the actual truth that is necessary in reconciliation. And Regent Park poet Mustafa had all present holding their breath through his elegiac rendition of Stay Alive. 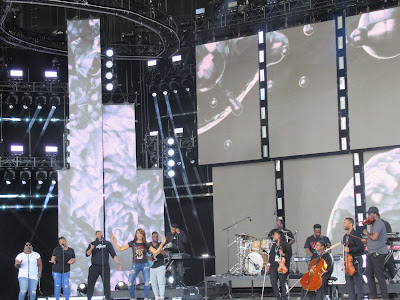 Deborah Cox's set was in full force, holding nothing back with her amazing band and chorus.

There was much to applaud and savour in this spirited presentation, which seemed to be probably the best production of the Junos since the A.C.C edition in 2011. Or maybe that's just the Toronto in me talking. 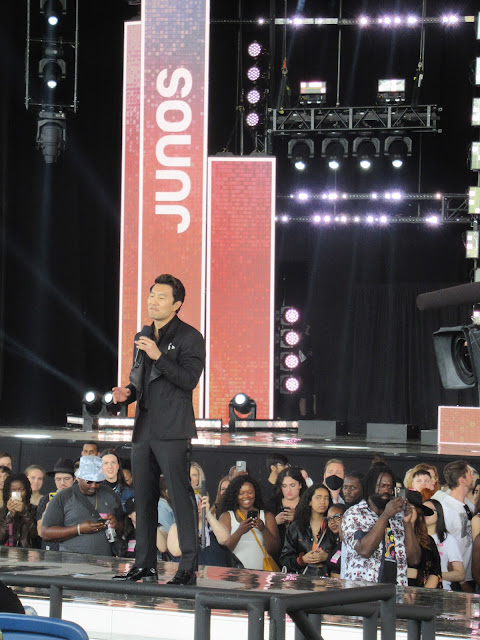