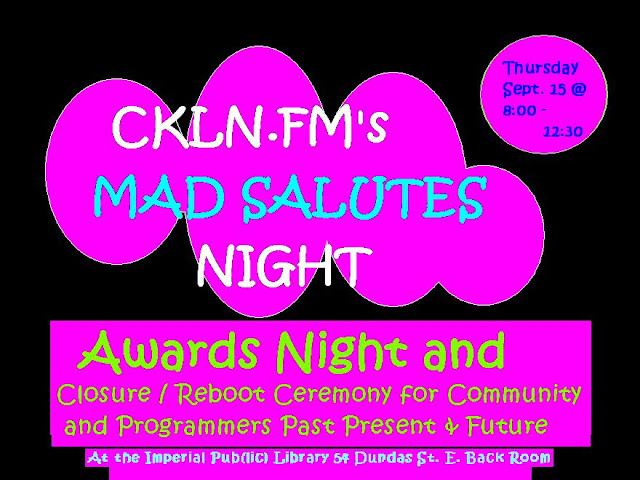 
celebrated and re-cultivated the vigorous continuity of community spirit,


and forward into the internet radio macrosphere with
Radio Regent at Regent Park’s Focus studio 24-7.


Musical guests, food and a company of the pre-and post-luminaries of the Toronto


Cosmoscenti coalesced in an historic setting between the past and the future of CKLN.FM.

p.s. I won CKLN's Mad Salute Award for playing the most Canadian content on the station.