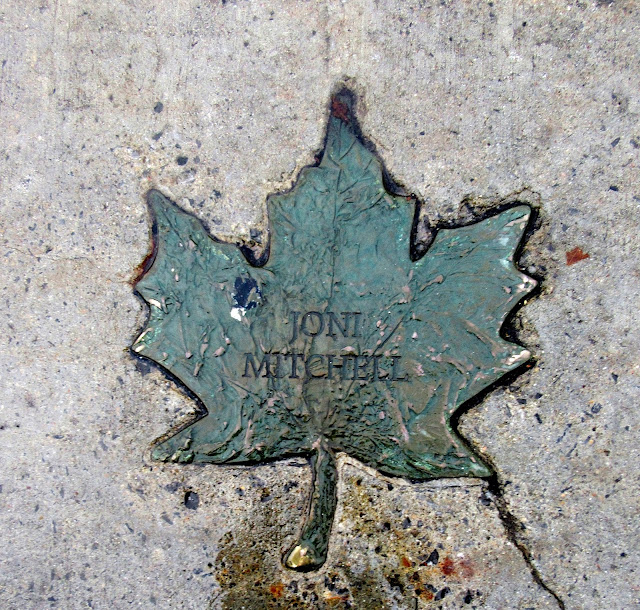 Even the concrete at your feet in Ottawa holds the legacy of our songwriting heritage.

A huge sampling of the most talented musicians in Canada came to Ottawa in November, re-invigorating and exemplifying the tradition of virtuosic songcraft that we celebrate every year with the presentation of the Canadian Folk Music Awards. This year, performances by nominees were interspersed with official recognitions of excellence in eighteen categories. 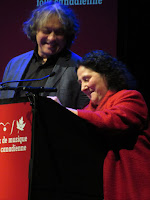 On two consecutive nights, Newfoundland musician / curator  Jean Hewson and the perennially feisty and congenial Benoit Bourque were  the proprietors of the crowd's attentions at the Bronson Center as a dozen acts and two impromptus demonstrated the Olympic levels of musicianship and articulation of emotion that thrive in our land, despite indifferent media coverage and a largely homemade infrastructure. 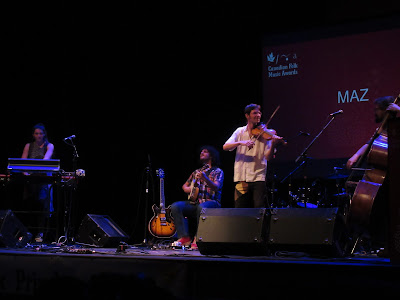 Straight out of the gate, a news flash: MAZ has a new electronista keyboard player and they are still serving up their robust trad rhythm shots. 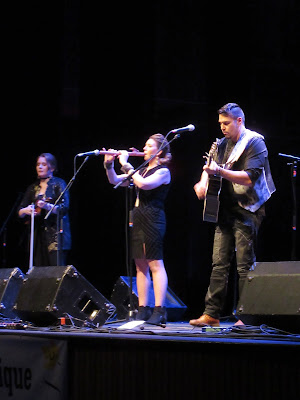 Beyond The Pale inundated the audience with virtuosic ensemble work and breath-taking solos in a panoramic Eurofolk dosage from their unique Ruckus album. 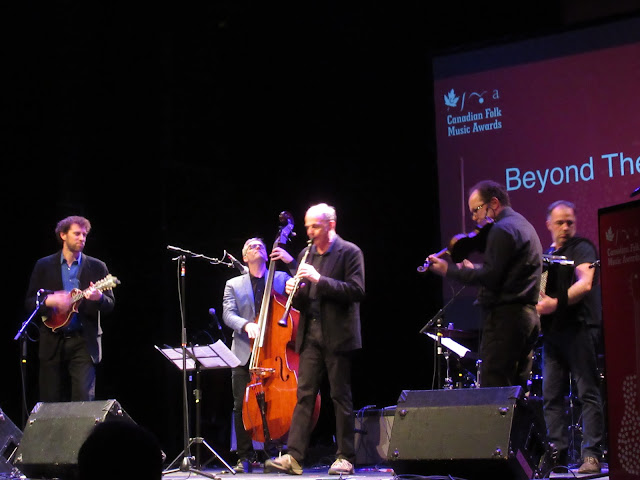 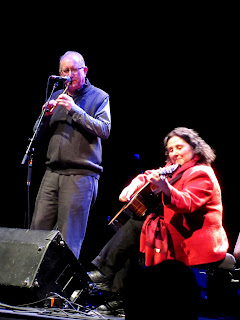 Recipient of this year's Unsung Hero Award, for his deep involvement with Newfoundland culture, affable and merry Gerry Strong treated us to a medley of his favourite tunes. Accompanied by our nimble hostess Jean Hewson, he took his pennywhistle manipulations to Nascar levels of tight cornering, breakneck shifting and near-suicidal all-outs on the  straightaways.
After a schmooze - intensive intermission, brought to a head by the estimable hospitality of Beau's Lugtread, Montreal alt folk sensation BEYRIES and her hearty band of one multi-instrumentalist played a tightly arranged set of intense balladry. 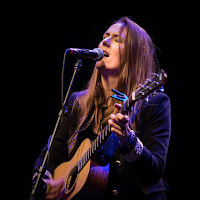 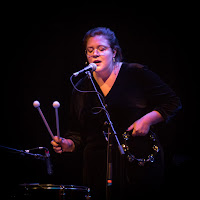 Nuevo soca ensemble Kobo Town brought a rich rhythmic thrill and revived the hip joints of the crowd with a showcase of selections from Where The Galleon Sank, which won them the World Group Of The Year prize soon afterward. 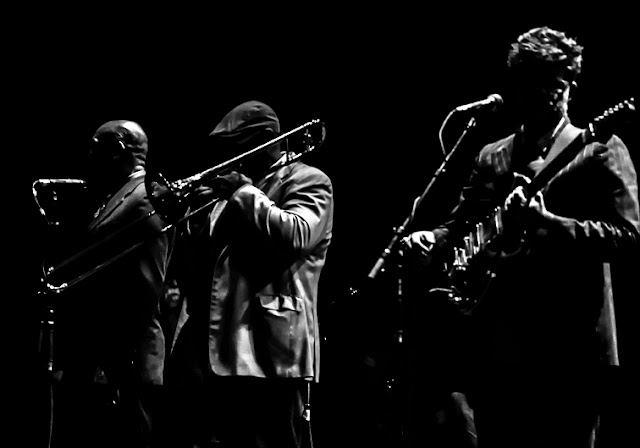 A hard act to follow, but multiple winner for the evening, Danny Michel, gave us a rousing finale. With only a rocking Gibson to wield, he immersed the whole venue in his cheerful overflow of good spirits and some major twang.
Standout songs were Click Click and Nobody Rules You. 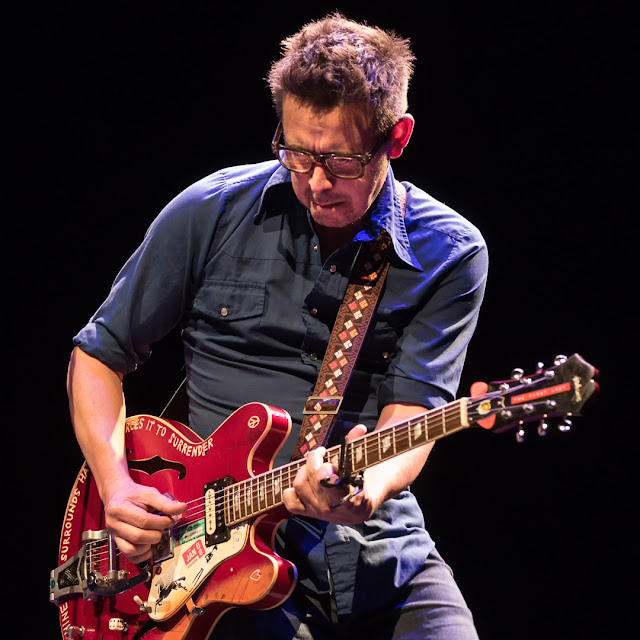 A concept to end the night with a singalong of a great song by Small Glories pretty much failed because the phrasing of the lyrics was so very slippery to grasp,
even with preparation.
Either of Danny's songs, for example, might better serve for the choice next year.
Overwhelming night of music, though, expertly sequenced and eloquently presented.