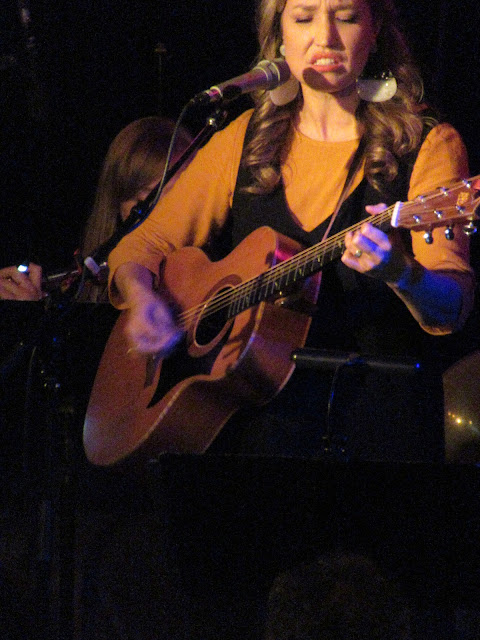 Dayna Manning is preparing to shed some shine worldwide with the release of her fourth record, Morning Light, which she debuted on the weekend of its release with a live hometown concert in Stratford ON at the end of October. Its first limited steps outward had the whole production moving to Hugh’s Room Live on Nov. 15, and then to London ON’s Grand Theatre on Dec. 15. Plans to take the music to England and Europe are on her inner horizons. 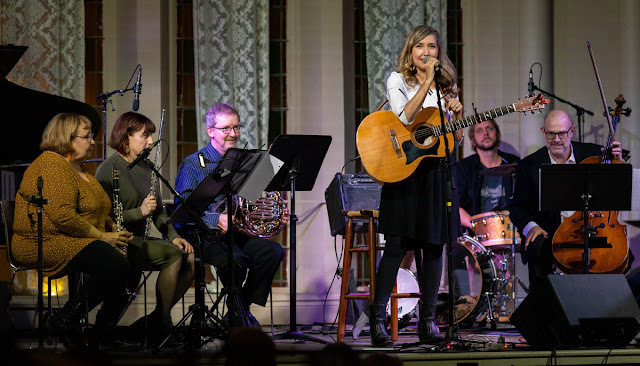 Dayna’s concept this time is familial, local and orchestral, and she is using the umbrella term “chamber folk” to describe the music, with no bass or drums – in fact, no electric instruments – and a piano featured on two tracks only.
The dulcet ache and crystal climbs of Dayna’s voice are lit from below by the smoothly sonorous cello of Ben Bolt-Martin, who also arranged the music with bouquets of wind, brass and strings. “The core instrumentation of this particular chamber folk album is violin, cello, flute and french horn, with invited guests,” she said. “The opportunity to do this music arose because of the community I’m from. I’m very lucky. Chamber folk is a genre I’ve enjoyed a for long time, and I’m really happy to foray into the genre.”
The musculature of the 12 songs, some new and some from Dayna’s work with Trent Severn, along with two Celtic-flavoured traditionals, has all been toned and massaged by the impeccable ears of the great mix magician John “Beetle” Bailey. Whereas her first album, Volume 1, released over 20 years ago, was patterned on Tom Petty’s Wildflowers album, this one seems more sonically reminiscent of Judy Collins’ Wildflowers. 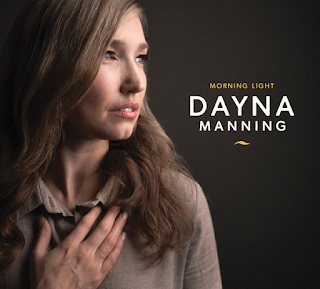 The morning light of the title is literally derived from the revelations of the Stratford sunrise.“For me, I get a lot of inspiration from the mornings,” Dayna reveals. “I walk near the Avon River, and that’s where I start with my spark every day.”
It derives poetically from the refreshed attitude with which she is facing life these days: “I feel like I just know what I want to do now, and I’ve got the right people around me, and I feel a bit more confident than I did,” she added.
The details of the struggles and opportunities that have led her to this felicitous stage in her life are distilled in her new book, entitled Many Moons, which has arrives simultaneously with the record from Stratford’s Blue Moon Publishers. The book shares her career rise from being a teenager in Toronto’s open-mic scene through kismet encounters with Sean Lennon and Burton Cummings to the L.A. recording label jungle, to adventures in the caves of northern British Columbia, and features collaborative side-trips with Chris Hadfield and two significant Canadian artists: Bill Lishman and Brian Jungen. And, spoiler alert, there is true love and a home “on my favourite street in Stratford” at the end. 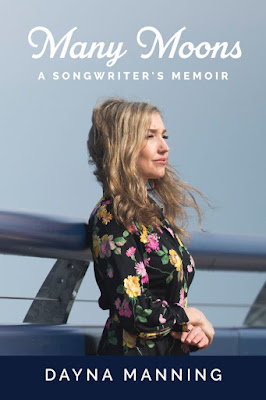 “This book was such a surprise, that it actually came out of me,” Dayna said. “It’s funny. When I produce a song, I spend so much time on every detail, but with the book, I didn’t because I knew that I would never complete it if  I approached it that way, because I don’t consider myself a ‘writer.’ It had to be a bit more stream of consciousness.”
Does the book represent a form of closure, a first step toward Volume ll?
“I guess music for me, since I started so young, was a bit of a choose-your-own-adventure,” she reflected, “and I would definitely walk through the doors as they appeared and explore them. And now I’m done exploring.”
She confides as much in her songs: in “The Same Way” she sings “I turned this around / I was homeward bound.” And she re-iterates on “I Get Closer,” “You’ve gotta dig deep in your heart / And you can find a brand new start.”
Lyrically, she celebrates mystic love in the hooky lead-off tune, “Charlie Lake,” a local historical piece re-fashioned into a love song, and surrenders to passionate romantic commitment in “When I Love You” and in the album’s standout romp, “You You You,” which cascades with the brightness of Dayna’s and Ben’s combined musicality.
She also takes time to honour hometown hero Richard Manuel, revisiting Trent Severn’s “King Of The Background.”“It’s important how people look up to him. We both learned to sing in neighbouring churches. I felt the struggles that he struggled with, the adventures of music and of not being in control of what is going on,” she explained. 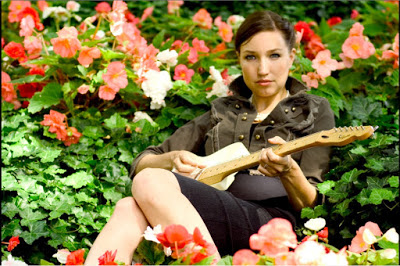 Her final statement on the record is a unique defense of snow, a subject of controversy for all Canadians. “O Snow” celebrates the sudden freedom from responsibilities that accompany the arrival of an official snow day. This song, as well as several others that mark her career milestones, is unpacked within its own chapter in Many Moons.
Side note: as a unique feature of Dayna’s marketing expertise, each song on the record is “sponsored” by a particular donor.
There is such a homey spirit to Dayna’s new album that she even invited her parents to join in and play on Morning Light.
“It’s crazy,” she said. “They must feel like I’ve already had so many weddings, so many album launches and events for them to go to, and now this is a very exciting time for them and my friends. My mom’s a clarinet player, and she plays on “I Get Closer,” my Peter & The Wolf song on the album. And my dad plays trumpet on two songs and is featured on the instrumental at the end of the record. The whole sound of this album just feels like home to me.”