The dignity of labour has been central to the folk music tradition forever, but it became politicized over class lines, by songs and artists that polarized worker versus administration conflicts. Besides Corin Raymond and Corb Lund, I can't recall many songs over the last while that promote the values of honest work.

But Braden Gates has really made a coherent go of it with a whole new album of proletariat pride. 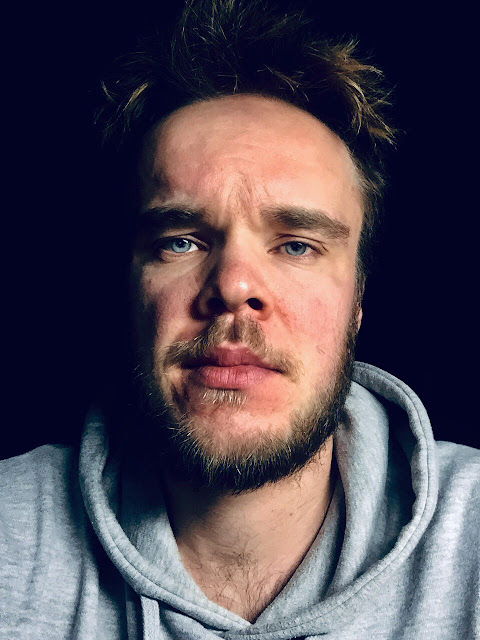 Work humbles. Time and energy are dissipated. We sacrifice our only innate resources to appease our financial needs, and to improve the world, in accordance with our talents or our abilities. “Though working it can be a drag / I find some peace of mind,” sings Braden Gates, temporarily transcending his diurnal concerns with the spirit of song.

Braden Gates spends his days in Edmonton, working. “I've worked on and off as a dishwasher over the past few years,” he explains. “It offers a lot of time to reflect, especially if it is slow. This is when this villain of loneliness can be the most present. The best thing about writing songs is that the process can add meaning to any circumstance the writer desires. For me, it's the dish pit.”

He invites us into the kitchen’s backstage, into the pressurized steam room atmosphere and the regimen of robotic routines that correspond to what most of us have to endure in our daily labours. And he has spent his down time fashioning a fine new album, called Kitchen Days, for Borealis Records.

Drawing from the poignant and ironic sensations that occur throughout his working day, he focuses his lyrical imagination into a journal of character sketches, personal landscapes and after-hours confessions, sequenced in a refractory and episodic way, that spiral out from the nucleus of his job.

“I was inspired by a writer named Pete Jordan, known as Dishwasher Pete. He wrote about his quest to wash dishes in every state of America, and the result was his book, 'Dishwasher'. I was drawn to his depiction of the culture of the sud busters, their seemingly lackadaisical nature, which is inherent in me. That said, it can be hard work depending on how busy the restaurant is, and it's certainly not for everyone, getting down on all fours and unclogging the sink tubes after a busy Sunday brunch.’’

Braden’s formidable focus of conscience and care illuminate his portraits of characters from the restaurant milieu like dim Rembrandts. His subjects: an aging line cook who breaks into song when the work gets tough, a tattooed, omniscient waitress, a pool shark with anger management issues.

Their narratives are balanced on the record with high-spirited romps like “Norah Jones At Closing Time” and “Employee Of The Month” (galvanized by exuberant flautist Anh Phung), the comic recitation of “A Dishwasher’s Prayer”, and the melancholy nostalgia of “Lipstick On A Coffee Cup” and “Indecision”, which give Gates’ voice a chance to display its indigo ranges of expression.

There is even a snippet of voice mail from a supportive friend. “With sequencing, I try to have different keys and tempos for each song. That's the basis of it. I've always loved odd bits in recordings and I thought the voicemail would be just that.”

His raucous fiddle and folk guitar playing are emancipatory, and this recording, by Harry Gregg in Edmonton, captures all of his performing intensity, recalling his breakout performance at the 2018 Canadian Folk Music Awards in Ottawa, where he put the stage behind him and advanced on the audience. A rousing crew of supporting musicians, intimate in intention and muscular in execution, further stokes the sudsy energy.

And, fun fact: The grimy and faded, sepia-toned packaging of the record, so evocative of the tunes within, was designed by...Pharis Romero! Her long-time relationship with Borealis was the impetus for her involvement.

So by the final affirmation of “Dishin’ For The Lord”, the listener feels as if the day is done, and after the blessing of some quiet rest, another one very much the same will begin. You will find yourself reaching to press Repeat quite naturally.

And what’s coming up in Braden’s world? He responds, “I just got a new muffler, so things are quiet.”