Orbital Reportage from Groovin in the Parking Lot July 23, 2021 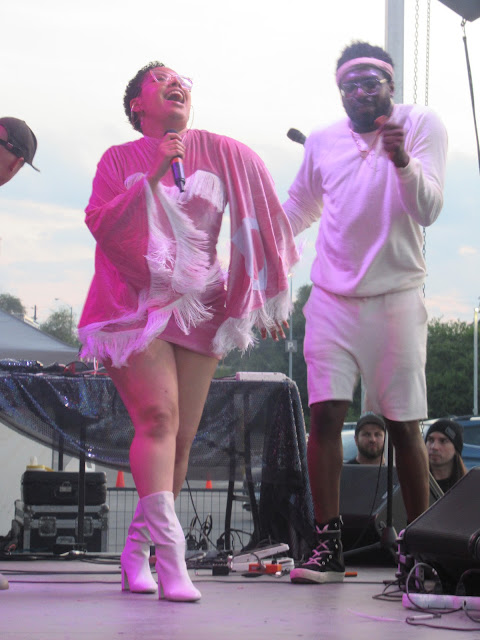 A full buck moon shone benevolently over the easternmost edge of the GTA last Friday, to provide ambient light to a night of soul, funk, disco, and hip hop. Programmed by NuFunk Concerts, the 5th Annual Groovin’ in the Park was back…DRIVE-IN style, with Do Right! label’s Soul Revue offering performances from The Soul Motivators, Tush, Odario, and The Luvmenauts with DJs Jason Palma, John Kong, & DJ Questquecest(below). 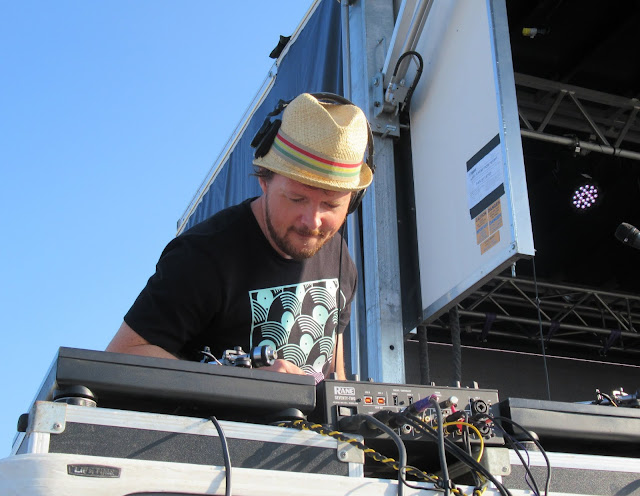 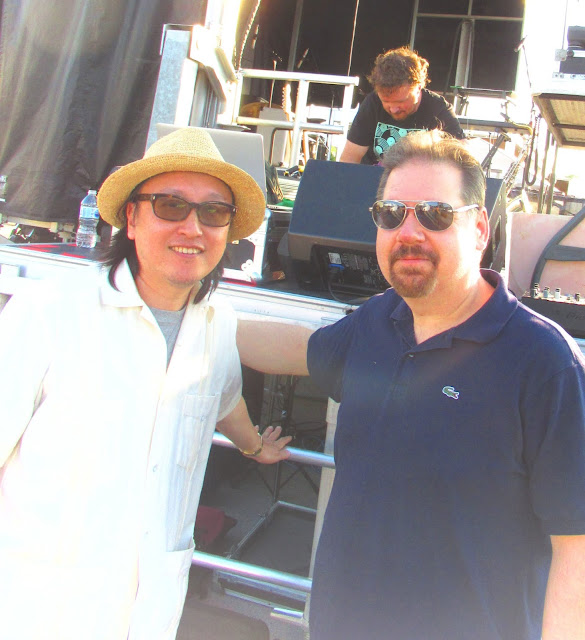 Illuminated scooters and diverse social propulsions had rendered the event active, even before the sun had set over the sounds of Prince’s I Wanna Be Your Lover, and a Biz Markie tribute, selections flung loud and clear over a stylish Nomadland scenario of lawn chairs, coolers, and festive families, by DJ legend Jason Palma. 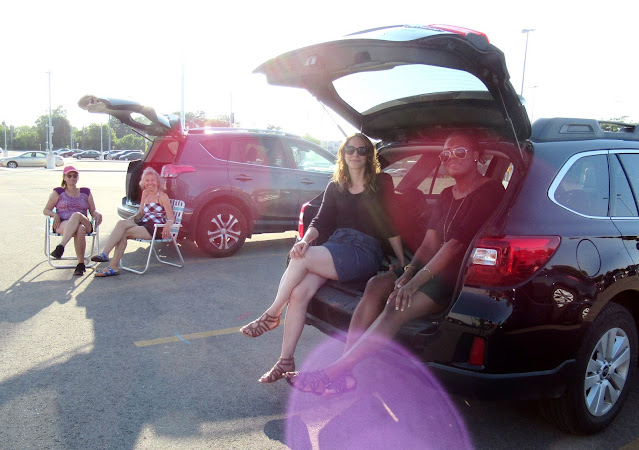 “I never thought in a million years that I would ever be saying such a thing, but I am very happy to be here in this parking lot tonight,” Kamilah Apong confessed, as her electro-beat trio, Tush, took the stage at ten o’clock. She had already fired up the joint collaborating on the song Hot Hot Heat at the end of a storming set by Odario. It was the first time she had met Odario in person; his epic Grand Analog band has now flourished into another decade as a positively evolved solo project. 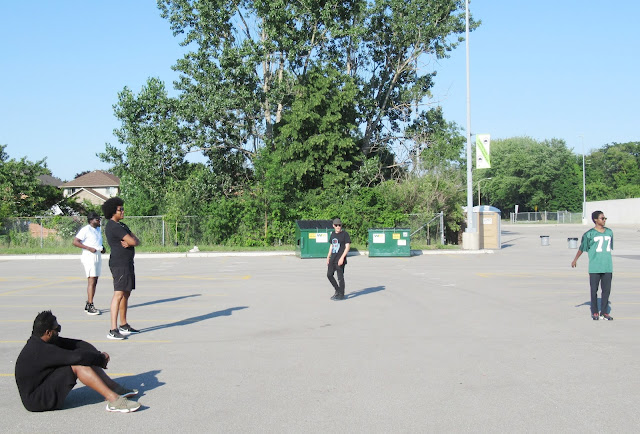 Odario band feeling out the space.

Odario’s soulful hip-hop vibes, distinctive voice, and insightful lyrics have been featured on three albums and numerous singles, but, after a greeting from promoter Jay Cleary and a set by his alter ego, DJ Questquecest, and a warm-up instrumental workout by The Lovemenauts, he and his four collaborators kept it free and fresh, proclaiming “Music is Life!”, and proving it graphically to a growing clutch of new arrivals. His recent solo debut “Good Morning Hunter” is a highly original and eclectic 7-track EP blends hip-hop, beat poetry, and live instrumentation, but besides all that, as an MC, he has conscious thought galore to offer, and personality plus and he and the band provided a vibrant welcome to the audience. 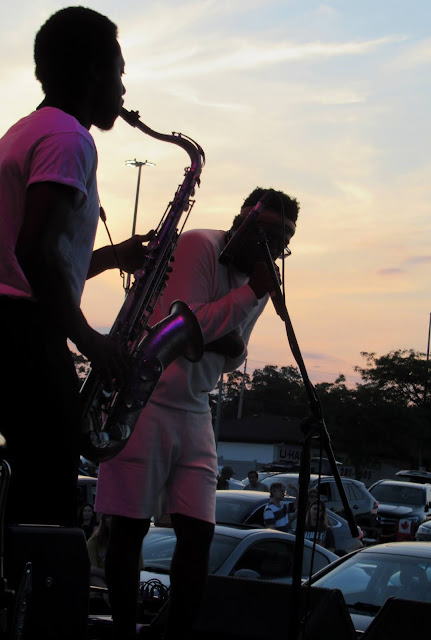 The West Hill neighbourhood, which is the SCARBOROUGH of Scarborough, was gradually becoming aware that something truly special was happening out on the tarmac and the throng of music lovers swelled up into a community celebration the likes of which has long been absent from the east end. 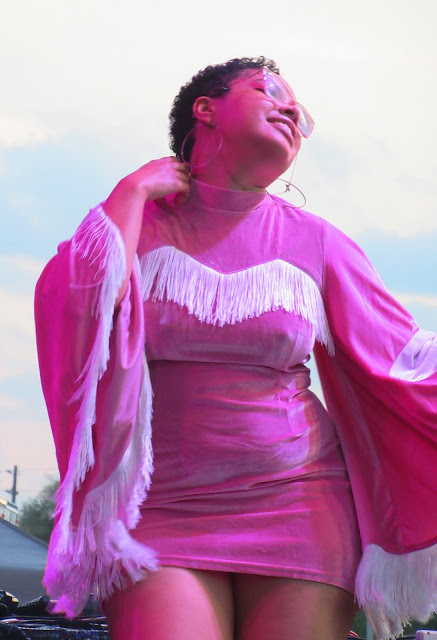 With the night coming on, the bass cut deep into the still-radiant heat of the Scarborough asphalt, absorbed by the tires of over a hundred cars and the bodies of dozens of dancers, shakers, and shruggers, putting a pulse into the Guildwood GO Train station lot and causing headlights to flash and car-horns to wail for the joy of listening, at last, to live music again. 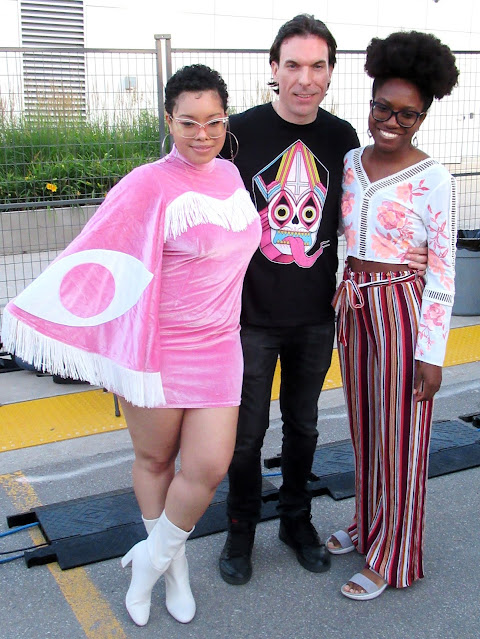 Tush, (above) flanked by a giant video screen displaying the cover of their debut album “Fantast” (out July 30) brought equal parts house and nu-disco, giving the listeners a taste of their heavy chops and emotions, along with a future-forward retelling of Ahmad Jamal’s Poinciana, which may have been THE SONG OF THE NIGHT. 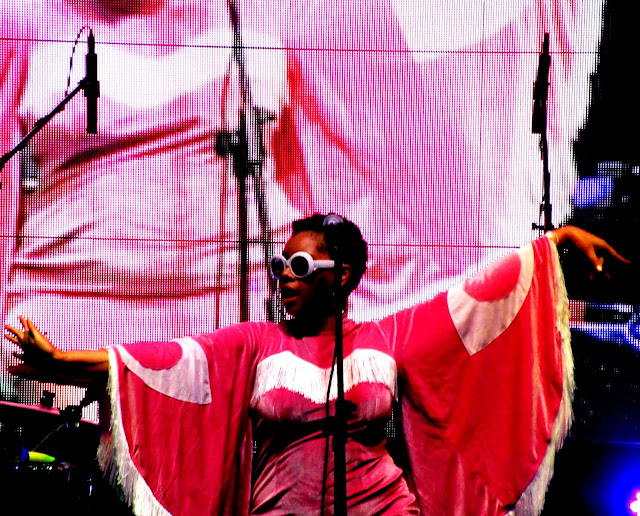 Do Right Music is a Toronto-based independent record label and production company founded in 2002 by John Kong, and represents all the great artists who entertained on Friday, but, saving the best for last, Soul Motivators’ high-octane horns, and new perpetual-motion, powerhouse singer, Shahi Teruko persisted in pushing the boundaries of dance music even further, and their exquisite funk collapsed any resistance to the spell of the music that may have remained. 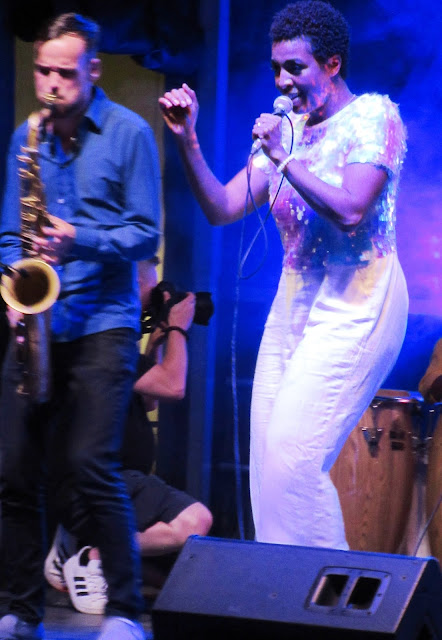 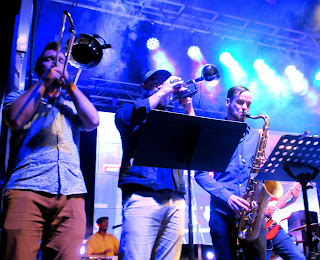 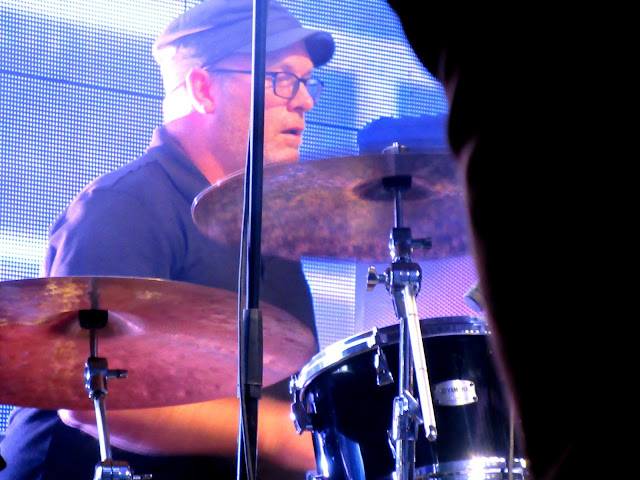 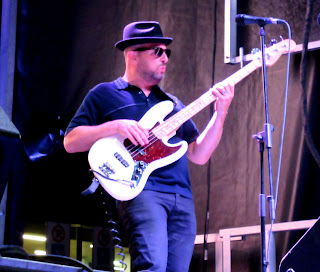 Their well-deserved encore was blocked by an 11:00 curfew, but the elation level had already been reached. The band is currently working on a new Do Right! release slated for fall 2021.

More of this type of event can and will unite cultural fans and bands in a progressive communal attitude and satisfy the long-starved ear-cravings of a growing audience for the soul revival coming out of T.O. 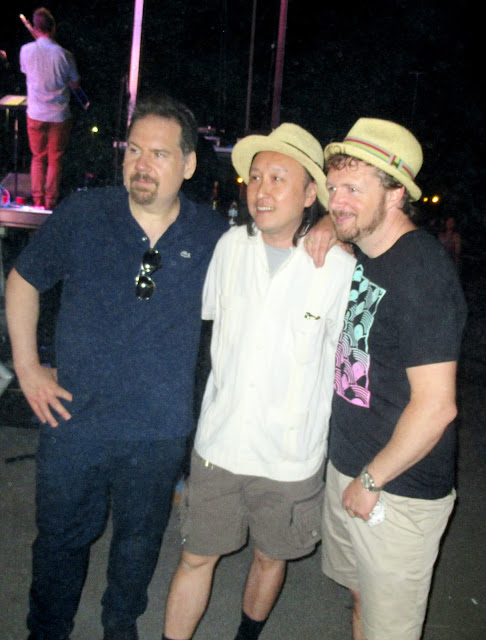