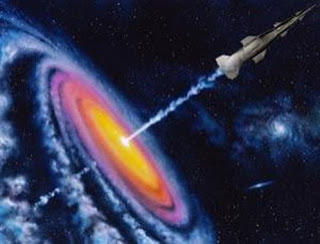 Big Rude Jake made the studio ring live, Friday at 11 a.m., with the rush of his blues and his carnivorous lyrics. Freezin' Julian Fauth arrived early, carrying a biography of Earl Hooker and played us a quieter, more melancholy blues on his second instrument after the piano, an old Gibson f-hole guitar, evoking pre-war roadhouse intimacy. He selected a rare Memphis Slim / Roosevelt Sykes track from the Orbit Library to play, and sang a delta-style Happy Birthday to a friend who turns 90 today. Then Greg Lawson and the Governor General beamed up with some fine exotic reggae, paying respects to the late Lynn Taitt and Yabby You, in support of their monthly gig, ruling the Embassy in Kensington on final Saturdays. Informative background on the artists and songs sent out wow radiations back through the stratosphere, contributing to a climate change that brought out the sun in everyone tuned in.,
Posted by Corby's Orbit at Saturday, January 30, 2010