An album of shots from a night of radiant culture and communion at the Bronson Center in Ottawa last night.
Photos by Leonard Poole: 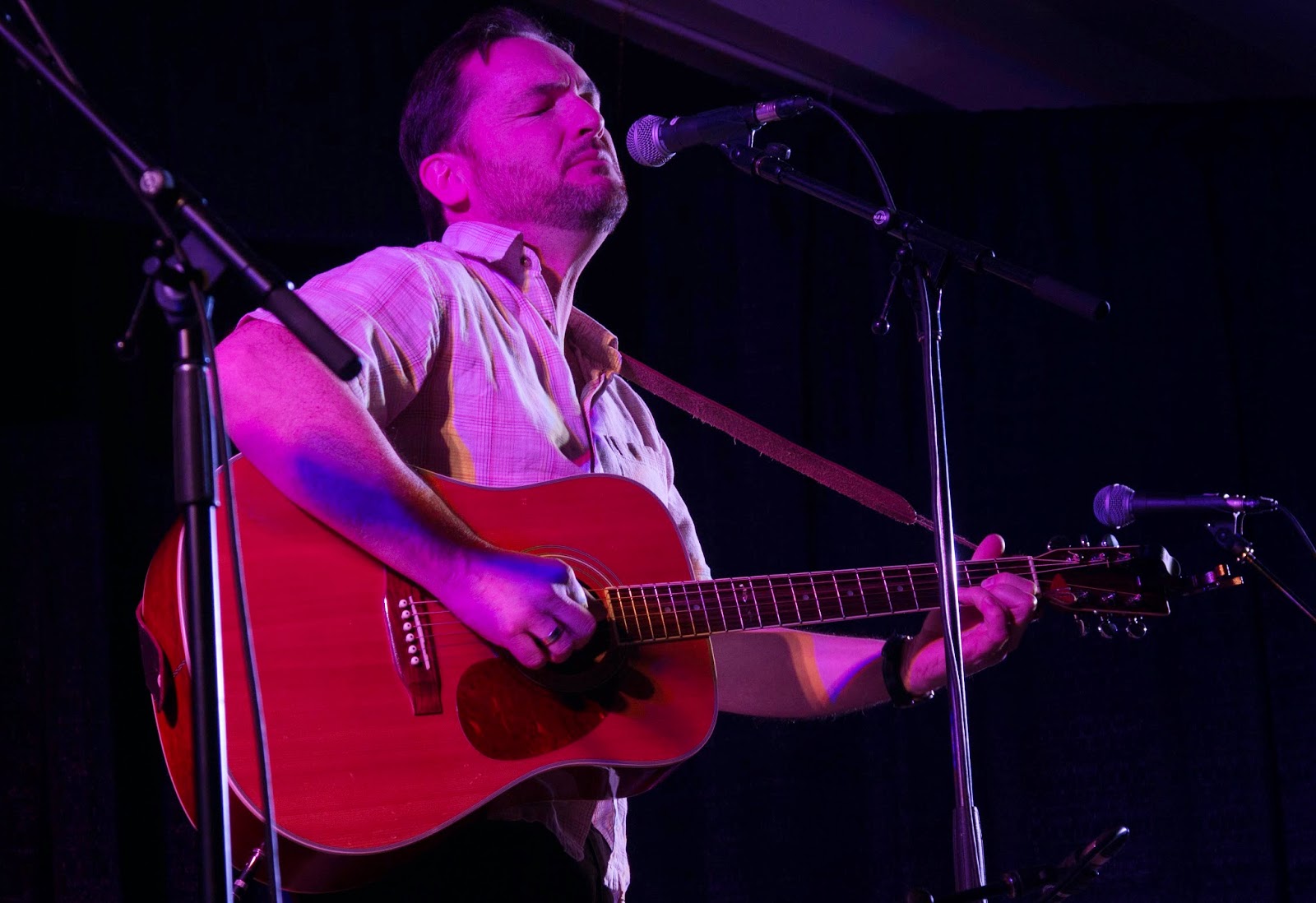 Chris Ronald, a Vancouver school-teacher with a set of engaging songs weaving personal and topical insights into an engaging dialogue with the listener's emotions. 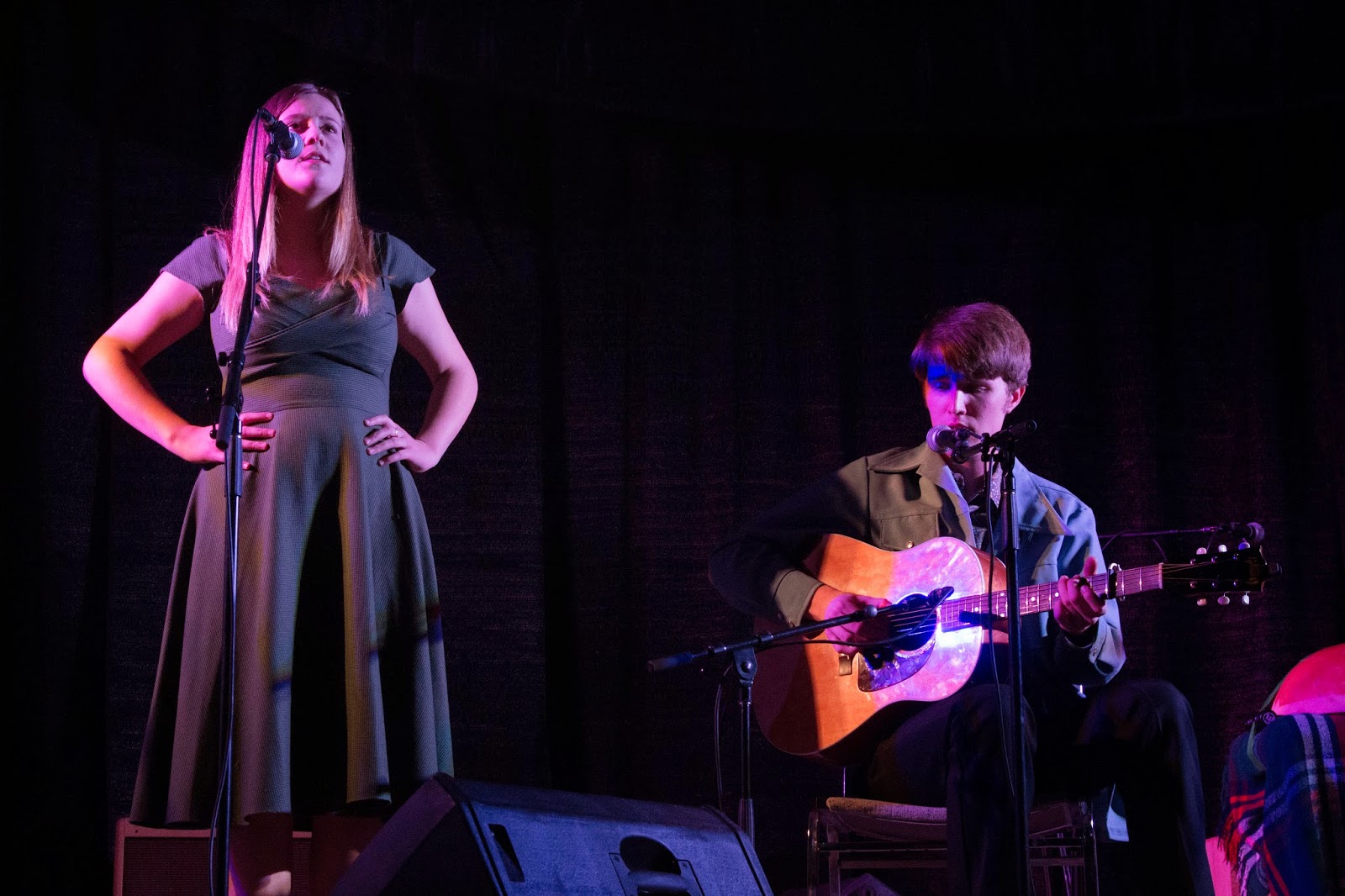 Kacy And Clayton: artistry and intensity dedicated to a sparse but magically empathetic clarity. A holyghost gal singer and a bare-fingered Piedmont Blues guitarist that  go clear back in time to a pre-Joni era. Her voice becomes attenuated into bold and carefree lyricism over the muscular knuckles of Clayton's strategic rhythmic pathways. 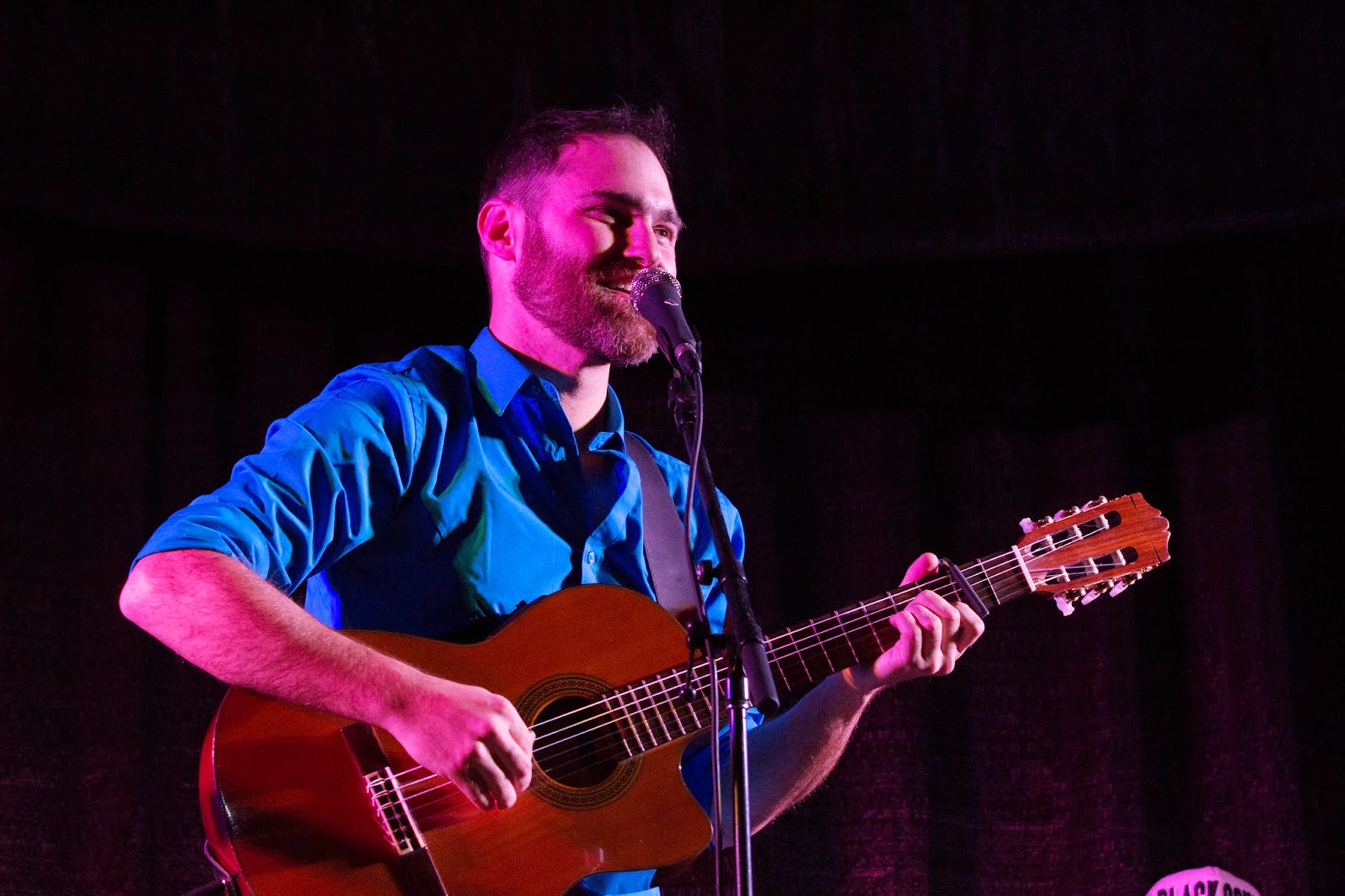 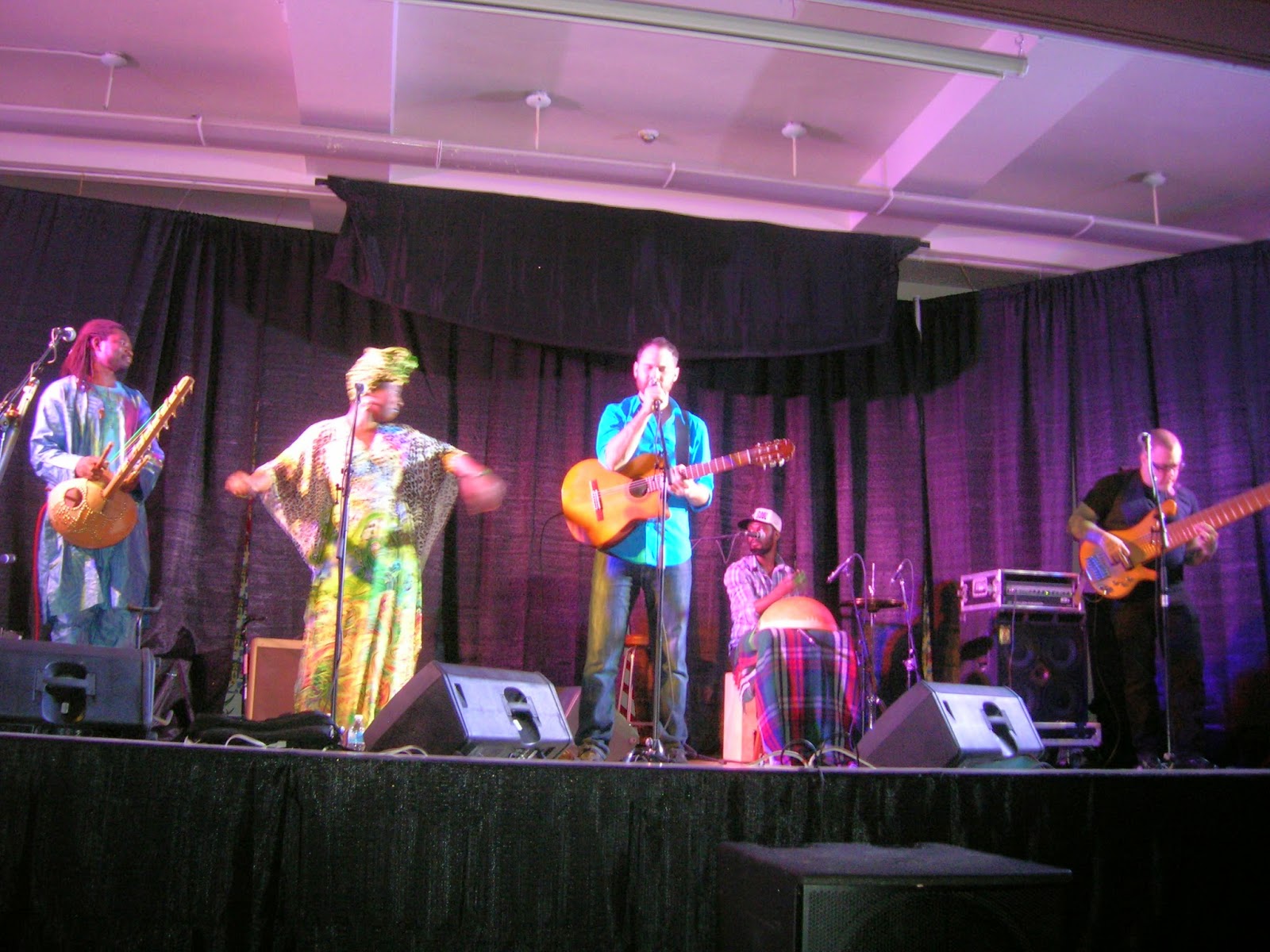 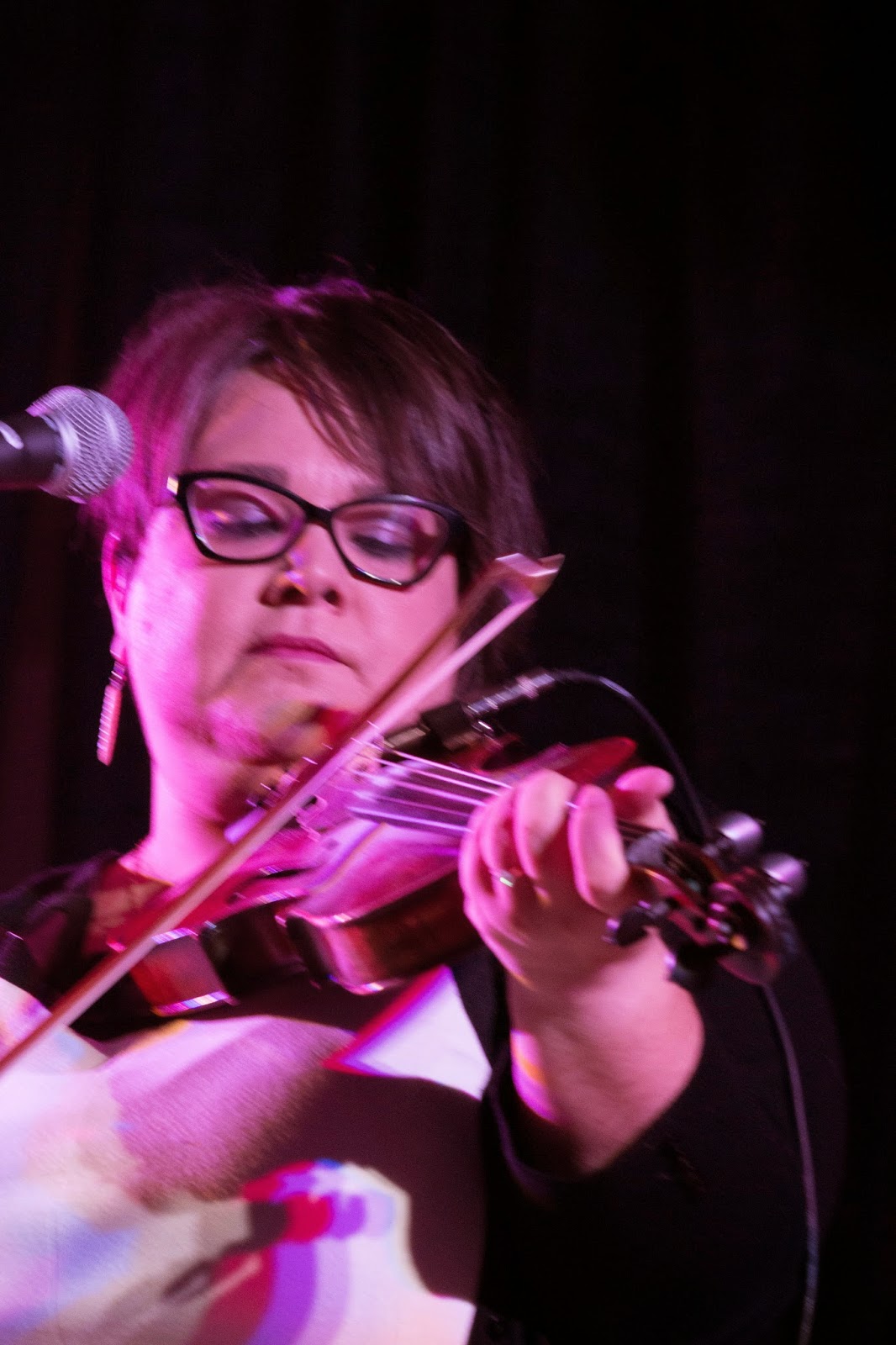 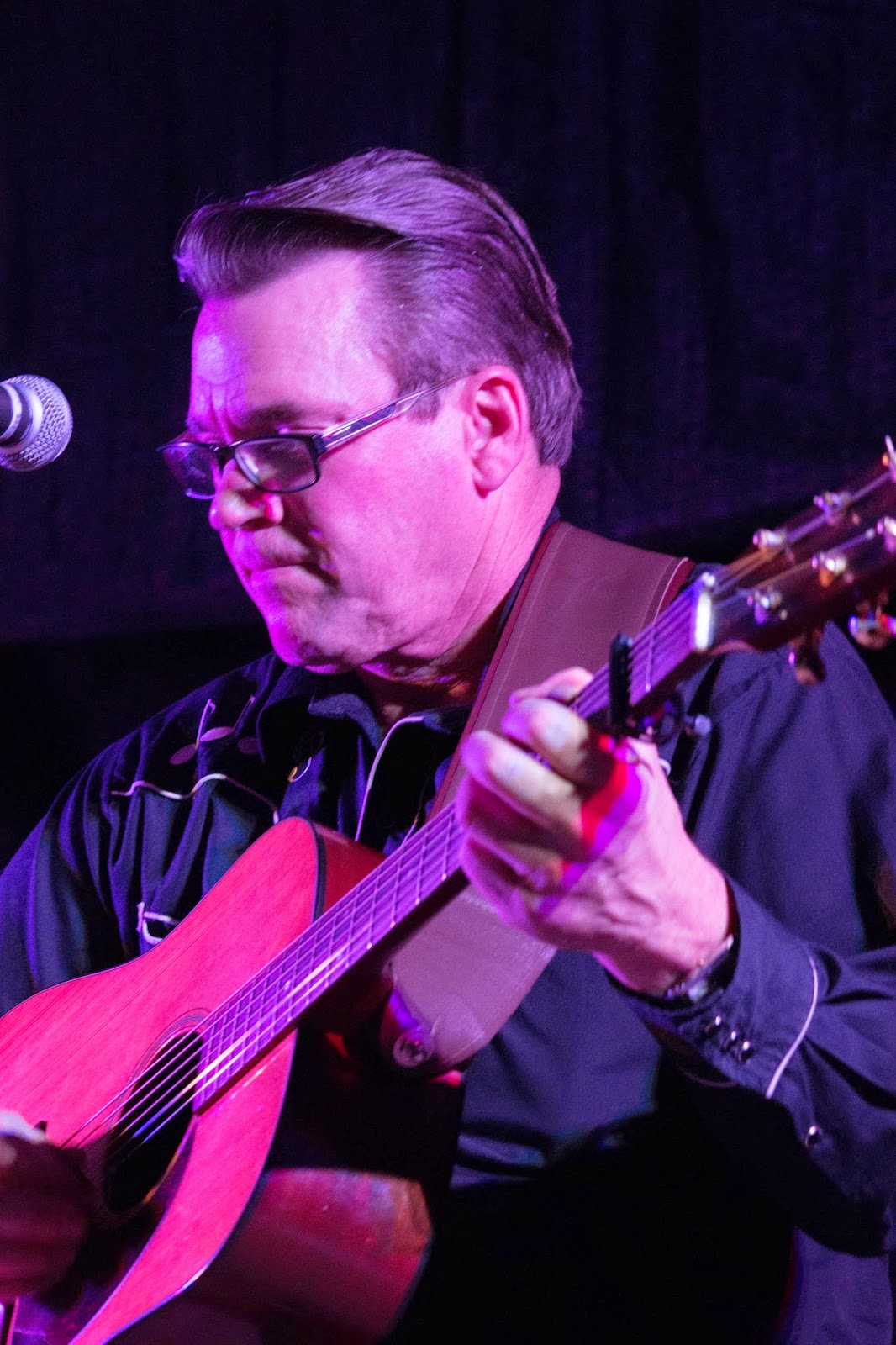 Buffy and Larry warmed hearts with their kitchen country music and back-home hospitality. 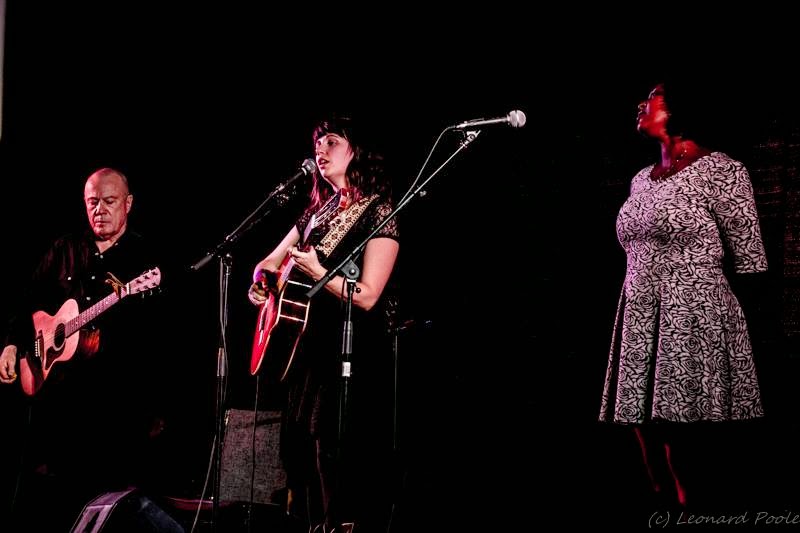 Jill Zmud, with help from Keith Glass and Jerusha Lewis, brought us a reverent tribute to her lost uncle and father with touching intimacy. Nominated for Contemporary Album Of The Year, Small Matters Of Life And Death, a wise and winning collection of songs, derives its inspiration from family and fate. 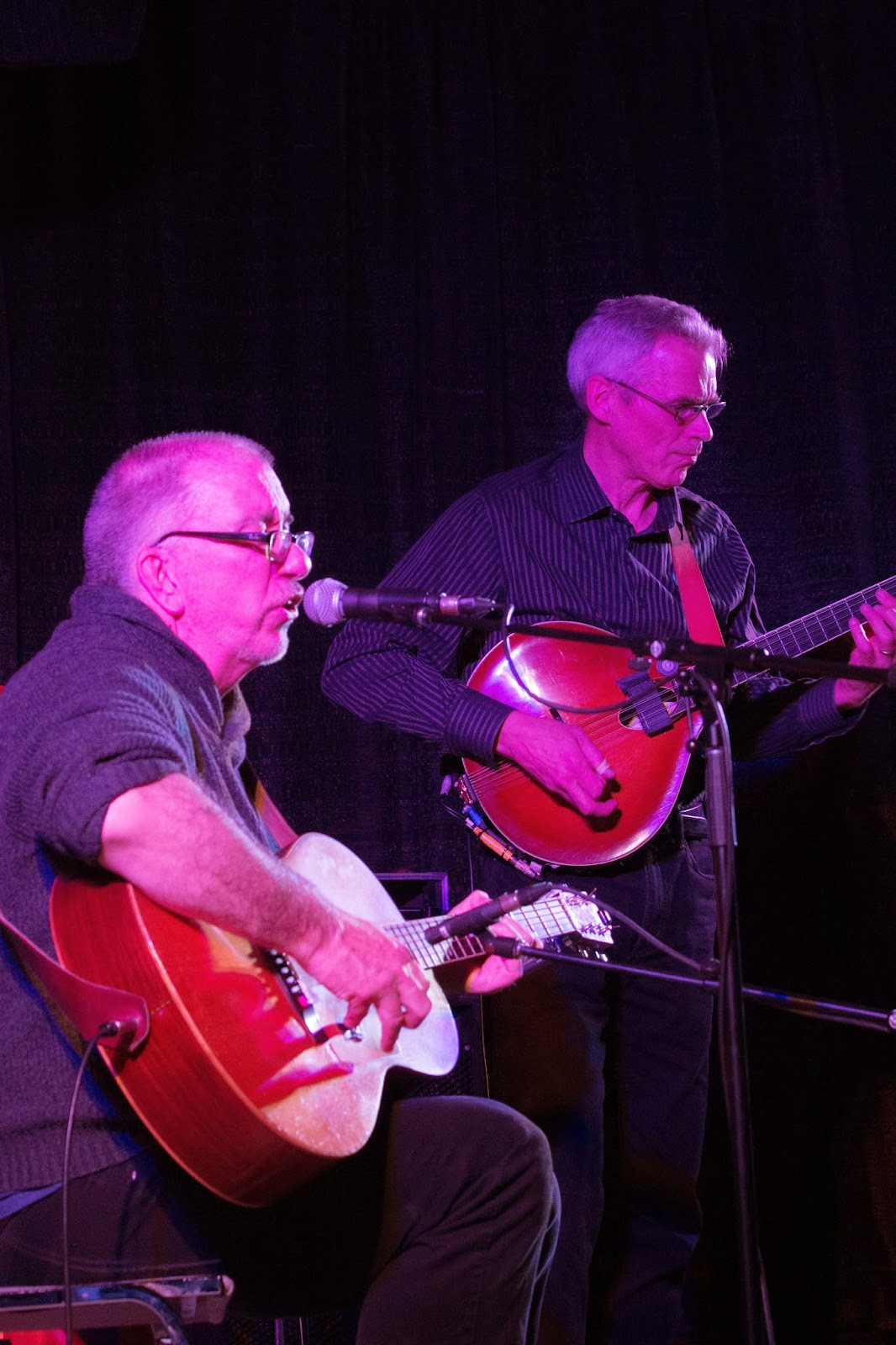 Perennial favourite James Keelaghan and his monster bass accompanist Hugh MacMillan gave a final touch of lamplighter anthems and good humour to a fantastic and well-curated evening of the best that Canada has to offer.