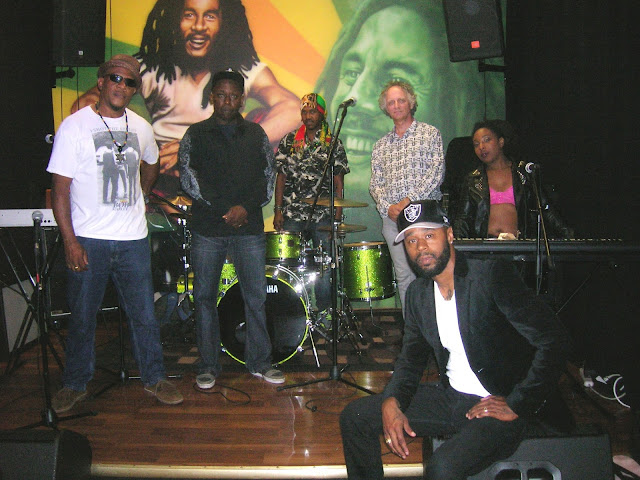 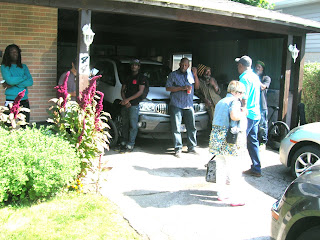 On a fine August Saturday morning, big wheels started to turn for Toronto's rising Neo Roots band The Memberz as we set out to make a video for our soon to be released single, King's Highway. In one day. 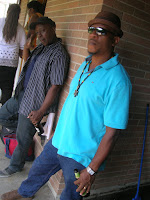 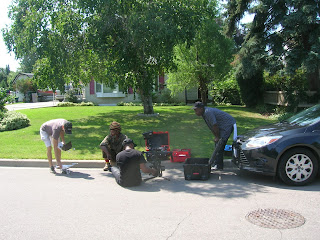 Brampton was our first stop, for a departure shot of the band leaving for a gig from a suburban headquarters as well-wishers sent them off in royal style. 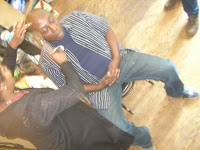 A drone was launched. Makeup was applied. White rum and cokes were cooling in the shade. At 11:57, Roscoe asked "Is it still too early for a drink?". Around.seventeen takes later, we had loaded and unloaded the truck seventeen times, driven up and down the street ten times and gotten the neighbours totally buzzed. In three different ways. Droned, stoned and adrenalized. 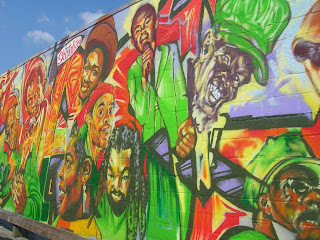 Then it was time to head for Little Jamaica, in the soul of downtown T.O. Even though Rastafest was happening at Downsview Park, Eglinton West was crammed with people. We had to line up for curry goat and coco bread take-out at Randy's We then proceeded to the newly-crowned Reggae Lane to find some wasp-free shade then to load out for the next scene. 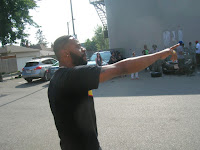 Some hard-core reggae devotees had shown up at the new mural to skank and wave with us as Mavriq sang his lyrics to the circling drone. Dons and Donnas of the community relaxed and looked on as Memberz and friends played ball and danced til our foot tun blue. Entrepreneur Julion King came along late and loaded us up with Reggae Lane Couture to wear in the next act, at a rehearsal space on Dufferin. 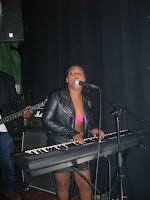 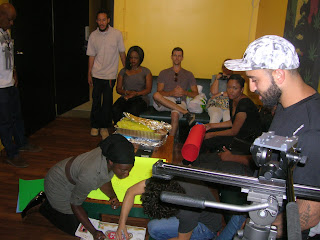 Here we ran through the tune as we always do before a big show, and prepped for the final concert footage.

Out front, we rushed through a cheering crowd arriving at the show. (As we always do). That's got to make you feel good. Then, in a realistically hot and cramped club setting, we played out the song fifteen times as lighters sparked  and cameras waved and cups were drained. 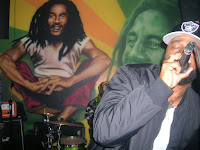 We watched some of the scenes back and it's obvious even now that the director and his crew have set a new high bar for Canadian reggae videos. Stay tuned for the news of a single/ video launch in late fall of 2015.
Posted by Corby's Orbit at Monday, August 24, 2015

Email ThisBlogThis!Share to TwitterShare to FacebookShare to Pinterest
Labels: The Memberz