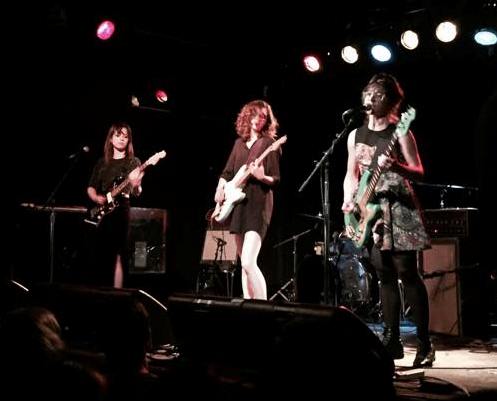 Still making noise for one more night, Sheezer was giving off big joy to all the girls and boys of Generation Y at Mrs. Lee's Palace last night. They clutched at memory, sis-love, mob chant, lust and chill humour to reboot the pubescent thrill of true Weezer energy.

Emerging from the 60-cycle hum, guitar band Bart, with a front line of a Stephen Harper clone, a Bro and a Foon, began the night (it will be Army Girls tonight) with complex prog rock and serrated harmonies. 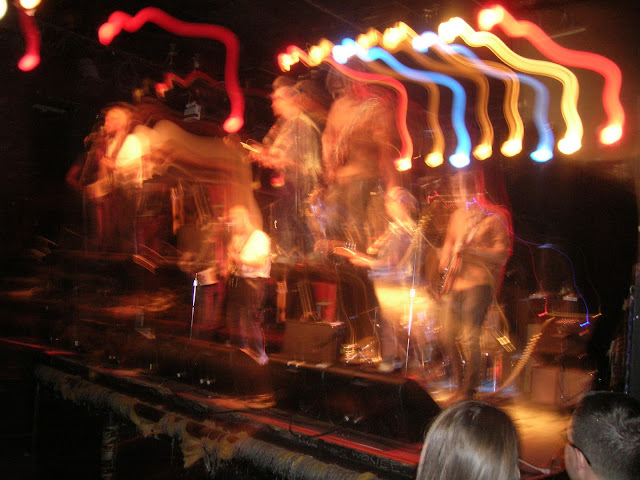 Sheezer got down to business with Buddy Holly, My Name Is Jonas and Surf Wax America right up front. These ladies, Laura Barrett, Dana Snell, Alysha Haugen and Robin Hatch are friends and equals. That attractive fact makes us all friends and equals as their onstage empatico fractals through the affectionate dorkiness of Rivers Cuomo's lyrics. Sheer volume, courtesy of fearless Lee's soundman Ron Anicich, compounded the magic as every foot shook loose to jump and spring along with the singalongs. An audience group hug rendition of The Sweater Song and the emotional tsunami of Say It Ain't So just took the whole E = EMO C squared thing into a musical orgy of waving hands and hair. By night's end, the mic stand stage right was draped with liberated bras and an a capella rendition of Butterfly left everyone breathless and elated. As VICE declared, in a revolutionary revelation, Sheezer Is Better Than Weezer.
Soon, no more Sheezer.
And now I can never go home. 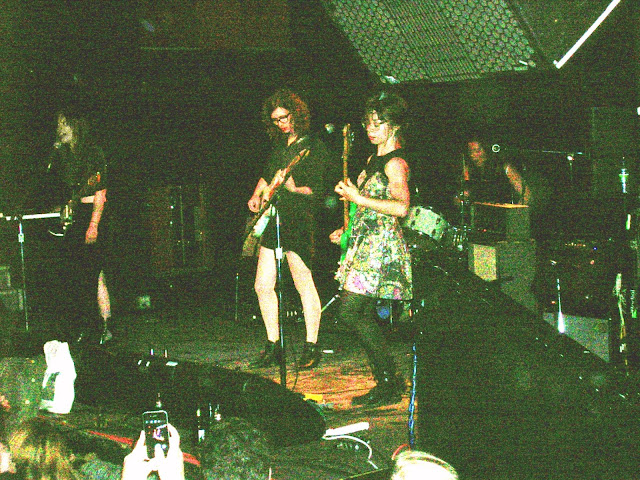 Email ThisBlogThis!Share to TwitterShare to FacebookShare to Pinterest
Labels: Sheezer