Shake The Love Around - A New Disk by Suzie Vinnick 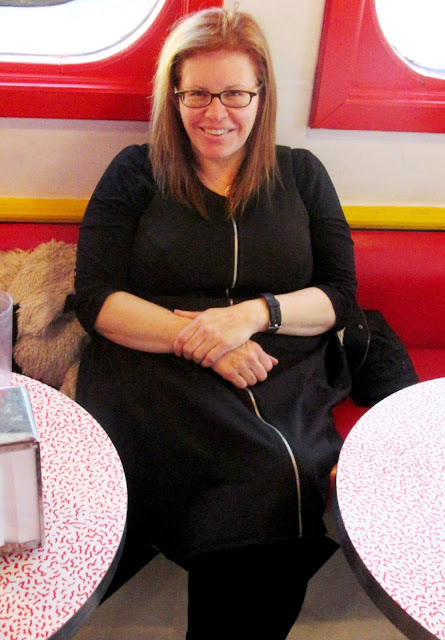 Photo credit: Paul Corby
Shaking up the party and sharing her uplifting spirit with a faithful fan base has been the main occupation for Saskatchewan native Suzie Vinnick over the last 25 years.  On her sixth solo album, Shake The Love Around, Suzie has come up with a set of songs set to a healing tone.
“I mean it’s not all happy and fun,” she said, ”but after going through some personal challenges and  witnessing some questionable politics, I felt it was time for me to put some energy into a collection of positive tunes.”
There are certainly turns toward dark thoughts here, songs of warning (Percy Mayfield’s “Danger Zone”), challenge (“Watch Me”) and eulogy (“Creaking Pine”), but her overall lyrical focus is about going beyond the melt-down to sensible and loving next steps. The keynote second song, “The Golden Rule,” expresses her core concern: “Is it right that day and night / we must fight for what is right?” She is applying her talents to reclaiming home principles of kindness and advocacy for others.
The sound of the record, coming out of Mark Lalama’s warm and inviting rural Niagara studio, full of wood and surrounded by old growth forest, is spacious and dry. The vocal sounds are crisp, with only a slight patina of reverb to facilitate the immediacy of communication that the songs demand.
But this time around, there is thunder to the guitar sound, which is predominantly hooky, electric and powerful. The tonalities of British blues and swamp rock prevail on the big rockers.  And most of it is double-tracked by Suzie on custom guitars built by luthier Joe Yanuziello. However, there is room for a spectacular solo by long-time compadre Kevin Breit on “Find Some Freedom,” and Colin Linden cuts a shiny channel of slide guitar through the middle of “Crying a River.” Mabel, the Larivee Parlour guitar and star of Suzie’s award-winning solo acoustic album, Mabel & Me,  (2011) sits this one out.
Most of the original songs are co-writes with peers; song scientist David Leask speaks of the power and intensity that Suzie brought to potential lead track “Lean into the Light,” working it up with him on a couch from a simple bass line.
Contemporaries Matt Andersen, Treasa Levasseur and Steve Strongman also contributed to the creation of the repertoire, to such an extent that Suzie was able to go into the studio with a fully-formed set of songs.
“There was a little massaging and adding a bar here and there,” Suzie remembered, “and the addition of a John Fogerty cover that I had been singing along with in the car (the sultry “A Hundred and Ten in the Shade”), but we had the record pretty well focused by the time we got to the studio.”
The intimate tone she brings to her songs of hope (“Lean Into The Light” and “Find Some Freedom,” and album closer “Drift Away”) makes it clear that the “Shake” in the album’s title is carrying some serious emotional intent underlying all the fun of “Happy As Hell” and “All I Wanna Do”.
Recording began in May of 2016, then continued throughout 2017. Suzie is currently on tour doing a series of CD release shows, and if you keep an eye out you’ll probably find her nearby sometime soon, Shaking the Love Around your town too.
She’ll be there to remind you to make the best of that potentially bad situation and to refuse the option of surrender. There’s still plenty of hope - and love - to go around.