Madeleine Roger's Cottonwood From The Roots Up 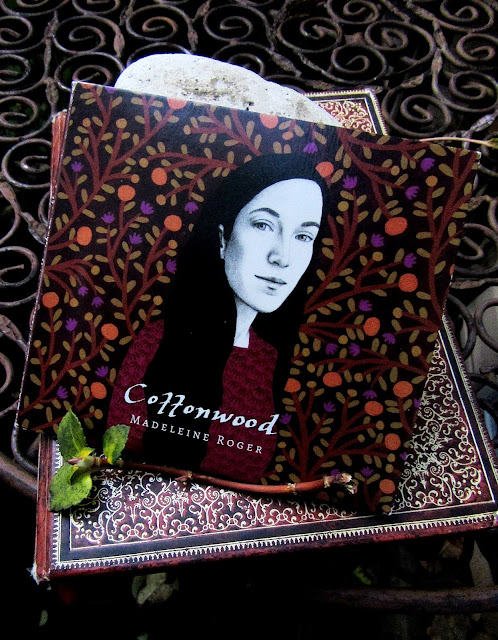 Like shade at the end of a long summer day, Madeleine Roger’s new album, Cottonwood, released last month, spreads a balm across many of the hot anxieties of our temporal life. Glens of casual confidence and freshets of contentedness open up in the acoustic scenery that she paints, from the opening tune onwards. “Sweet Little Lies,” about an uncommitted but quietly passionate relationship, features a spacious drum swing from Joanna Miller and a breathy, echoing hook. Her brother, Lucas Roger, with whom she began her career in the harmony duet group Roger Roger, finds his way into the mix briefly here with a motivational electric guitar groove. The second song, “60 Years More,” glances off the flints of women’s struggles with an equally easy-going panache, and even features a list verse, which presents a C.V. of her skill sets and affirms a sexual self-awareness that plainly qualifies her independent human significance at full value (and full pay).
“You don’t have to tell me what I already know”, she calls after an evaporating man-splainer. “Don’t make me hear it another 60 years more.” 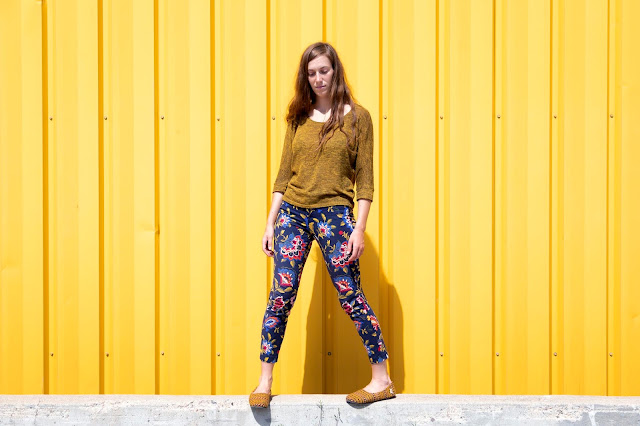 Two wistful folk songs follow. Both the conga-sensually cool “Lady Luck” and the unadorned acoustic guitar ballad “Soldier Song” are embedded with the classic imagery of carnivorous time’s villainy: the memory of a kiss, dying flowers, a faded photo. On these sparsely arranged tunes, there is an affectionate Joni-ness to her gentleness and a knowing Rickie Lee-ness to her perspicacity. But when she moves into “Cottonwood,” the title track, she is truly herself – lilting, and lingering on drawn-out notes that lift her themes of longevity and the slow perspective of the omniscient forest into our imaginations.
“You know,” she mused recently, “I have a very large appreciation for the fact that there are so many things on this earth that have different time scales, and our existence is such a tiny little blip. For me, it puts things into perspective just to look around and see where we fit in with all the other pieces of the world.” Her perception of, and her patience with, the pulse of time is the central preoccupation of Cottonwood.
“I have never had any firm beliefs about anything, and maybe there’s something to that, but I wonder sometimes if there’s also something to having a mystical sense of the world.”
For now, Madeleine is expanding her spirit by practising the discipline of music performance to the full extent of her endurance. Currently touring the Prairies solo, she will bounce back to her home base in Winnipeg to do some laundry, then hop back on VIA rail to return to the west coast, followed by a house concert tour of the Yukon. She will soon be joined by her “partner in crime,” Logan McKillop, who is travelling as a performing composer in his own right and as an accompanist.

Getting back to the songs, “Luckiest” draws the band back into the spotlight. This time Julene Gravett drums with a light set of brushes while Chloe Fioranzo’s gentle clarinet plays counterpoint to Maddy`s youthful euphoria at moving on to a “better sweetness.” Logan McKillop helps out on “Rough Hand,” a snapshot of a contradictory, maybe adversarial, personality. More portraiture and clever wordplay enhance “Automobile,” where Roger reveals how people create metaphors out of the qualities that make them unable to confront the realities of one another, and “make up the meaning” in the absence of true understanding.
Meditative observance of reality is the message of the next tune, “This Way for Me.” A solo guitar and cello quietly acknowledge the stillness required to perceive the secret creatures that illuminate our day-to-days. Only the penultimate track, “Have It All,” addresses the occasional necessity to compromise, retrench and cut one’s losses.
“Some things we can’t forgive,” Madeleine admits.
Cottonwood, over all, makes for bright listening and repeated plays and unfurls with an attitude of candor and playfulness that conceal the mature encouragements with which it rewards the careful listener. Madeleine resists the banality of accepting inevitability. In the final number *spoiler alert* she breaks it all down for us: “The days are numbered, and that’s just fine, but I’M GOING TO TAKE MY TIME.”
Originally published @ https://www.rootsmusic.ca/
Posted by Corby's Orbit at Sunday, December 09, 2018