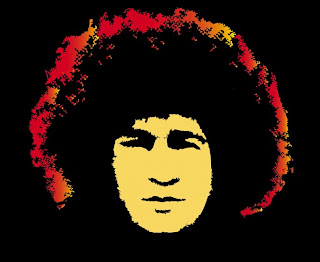 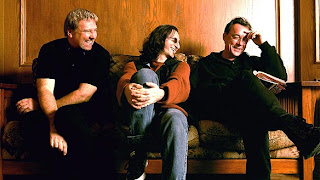 Dumas & Mara Tremblay & Rush & Jacob Moon
I was the fan-man down front at the Canadian Songwriters Hall of Fame Gala last night in a 2/3 full George Weston Recital Hall crowd of luminaries and shmoozinaries, rockin my hat to an enormous avalanche of Canadian tunes and squinting at a few speeches of box-set length.
Presiding president Sylvia Tyson (stately and sexy in silver lace and stripper heels) arranged a banquet of delicious singers to interpret the songs being inducted: Lily Frost in petticoats and pink embroidery played the theremin and sang Come Josephine in my Flying Machine with Sean Cullen, with sound effects added by wizard Kevin Breit ( who then vanished for the night ). Le Vent du Nord brought the noise with a plywood board, hurdy-gurdy, fiddle and accordion to illumine Des Mitaines pas de Pouces, a red mitten dance. The sincere affirmation and touching ingenuousness of Dala singing There's A Bluebird on Your Windowsill was almost capsized by a hackneyed arrangement from Lou Pomanti's house band, including a snoozeable Jake Langley solo. (Kevin? Come back!).
Then attendees Charlebois and Pagliaro were given their due respect, the latter by DJ Champion, a line of Fenders chugging to a digital engine on J'entends Frapper, and the insouciant and still fluffy Robert Charlebois, inducted as a songwriter, and as the nominal proprietor of Lindberg, Les Ailes d'un Ange, and Ordinaire.
His acknowledgement of the authorship of his music by a community and, indeed, a generation was not only humble, but insightful into the experimental freedom of the 60's and 70's, especially in Rene Levesque's Quebec.
Performances of his star pieces by Dumas & Catherine Durand on Lindberg, Mara Tremblay (HOT on guitar and otherwise!) & Pierre Flyn on Fu Manchu, and the man himself on Ordinaire showed a universal commitment, bouyed by two searing Fenders, and reawakened us to the enormous potential and validity of his work. An introduction Marcel Sabourin all ceremony protocol by condemning himself to hell for listening to Charlebois, predicting his own demise from the flu that was plaguing his nose, and reminding us that "there are hundreds ...of thousands ...of millions ... of galaxies".
Suburban deities Rush were honoured last, to belly-whoops and ovations that defied the evening's ceremonious attempts at decorum. Spokes-drummer Neil Peart gave a very erudite and passionate discourse on the band's history, as flanking Gibson guy Alex Lifeson and mezzo soprano Geddy Lee grinned and grimaced like the comrades in arms that they have always been.
During a reading about Rush by Dave Bidini, and over the course of three thrilling presentations, in ascending order, of The Spirit of Radio by Les Claypool, Subdivisions by viral star Jacob Moon, and a volcanic Tom Sawyer by Alexisonfire, the three men beamed in delight at the power and precision of the exploding bombast of material so energetic that it is seldom covered by mere mortals. If only the host, gregarious Gregory Charles had sung Closer to the Heart at the end of the evening. "We are the songs" he stated, simply, at the end of an amazing voyage through the musical summits of the Canadian heartland. Proud time.
Posted by Corby's Orbit at Monday, March 29, 2010