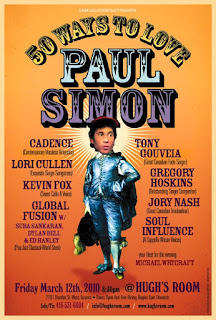 Dears: Canadian Music Fest is transforming the city into a tuneswept wilderness of moans and wails and lyrical forests and beat-battered shores. Awash with sonic splash, the Orbit takes on all available hands. Soozi from Betty & the Bobs and Swamperella beamed up first with an intense a capella Peter Pan. Jory Nash came in to Simonize us in support of the tribute show, 50 Ways To Love Paul Simon, at Hugh's Room tonight. Poet James Strecker, who is part of Elizabeth Shepherd's gig at Glenn Gould Studio Saturday night was up at the crack of noon to read from his jazz book Black;
"We are not fools who take our singing for
granted, lest we talk of only the weather and
then we die. Each day we measure our steps
with music and open our hearts before one another".
Ruth Minnikin from Halifax and, once ago, The Guthries came in at 1:00, supporting a great new record, Depend On This. Good words and brave notes. We heard David Dacks, around 1:30, the Groove editor ( what a great job description) for EXCLAIM with samples from his CMF showcase coming up on Sat Mar 13. Huelepega Soundsystem is a really neat livetronica cumbia/dub fusion project that features David and Sergio Elmir from CIUT on the decks and LARRA SKYE, VANESS ALEGASSI, FREEMAN DRE & THE KITCHEN PARTY, and MELTING POT.
I was at Lee's for Speech Debelle last night; she makes a lot of sense, very rapidly, with a lot of detail and truth. Wouldn't let Toronto be Toronto. There was a west-end T.O. 'tronica duo, too, that was very beautiful, with thoughtful lyrics and strange bubble rhythms, called the New Look. Loud intimacy...And Neon Indian really got the crowd excited; a young (19) singer with a roaring band and a table full of computers that he rode like a keyboard.
Tell Everybody: you guys GOTZ to see The Wheat Pool at the Cadillac Lounge on the last Tuesday of this month (March 30)...Hauntario is the record, classic for life.
See ya in the CyKLoNe, transmogrifying, transubstantiating and transploring the munificence.
Happy Irish New Year!

ruth minnikin sleeping and dreaming depend on this ruth 11:11

rachelle van zanten my country where your garden grows RvZ 11:37

sissel and the chieftains siuil a run tears of stone rca 12:22

RUTH MINNIKIN depend on this/ interview / animals of bremen / live

BEATLES across the universe LET IT BE....NAKED emi 1:55 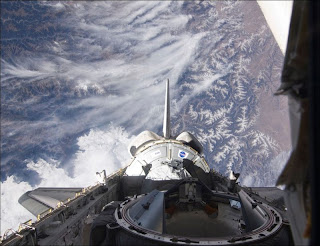