The lively and thriving hive of singers ringing the halls and the basement walls of the Ottawa Folklore Center at 10:00 a.m. Saturday set off a last hurrah in this capital week of concerts, conversation, communion and film >>>>  http://slfps.blogspot.ca/2014/12/reflections-on-2014-canadian-folk-music.html 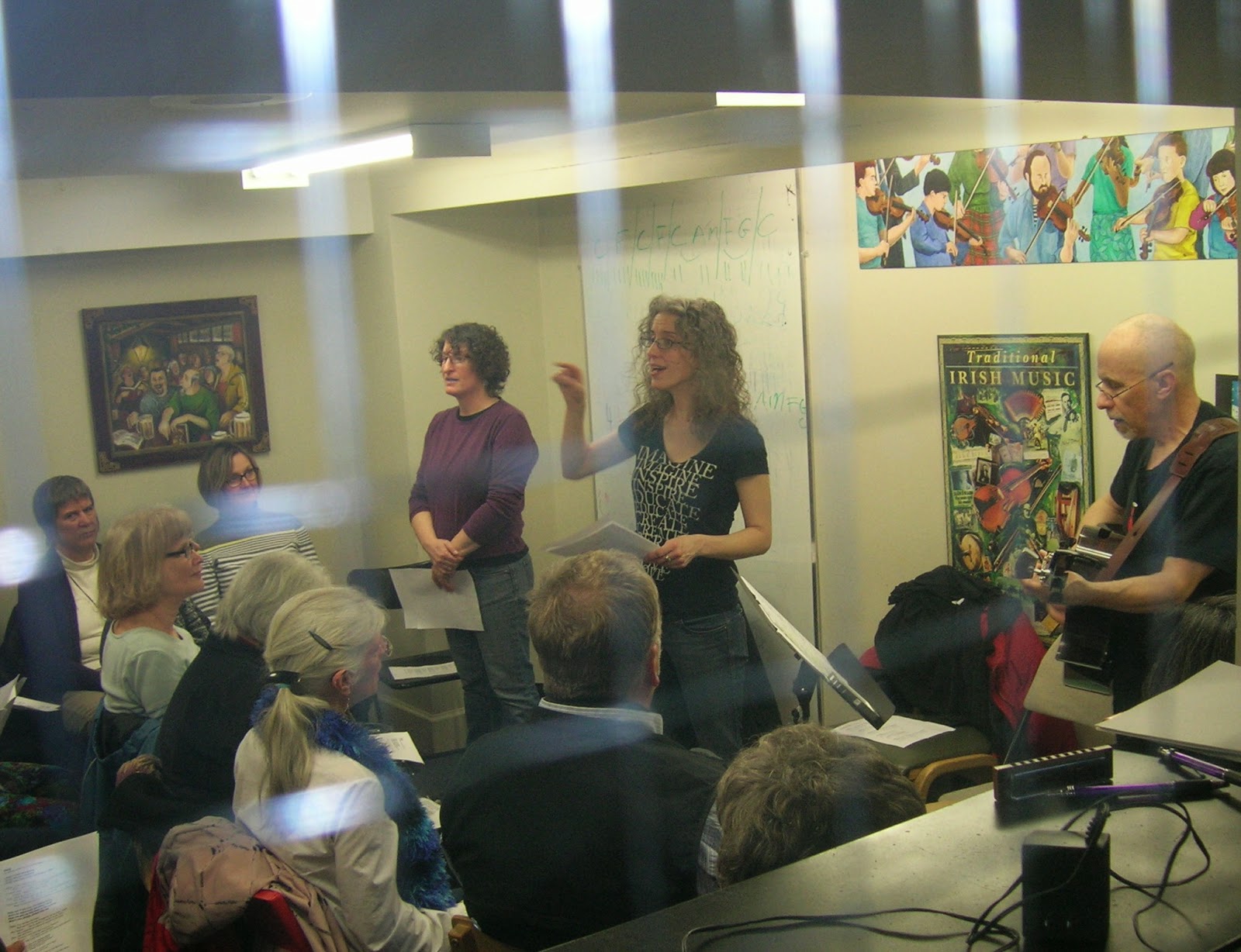 Gathering Sparks  led an afternoon harmony workshop dedicated to the works of those traditional and influential Beatles folk. 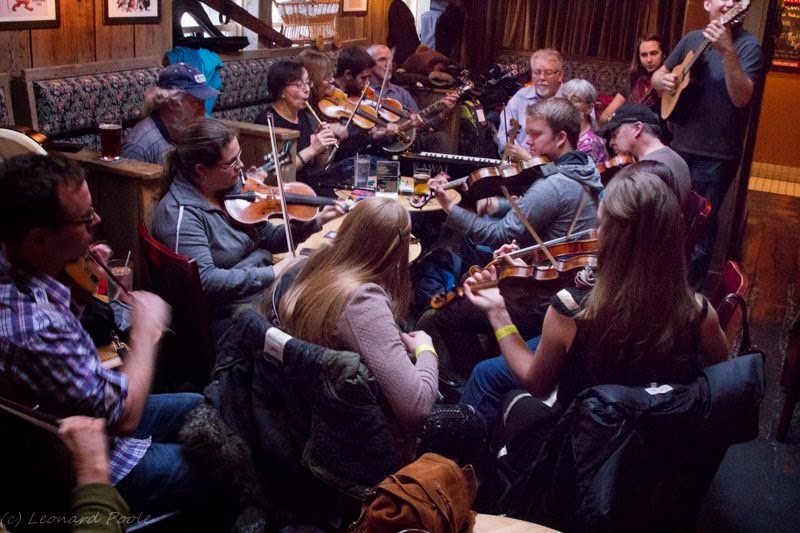 The mother of all fiddle jams (we counted twenty) took place down the hill at Patty`s Pub, featuring keening reels and heart-blistering ballads. Also a flying waitress, who, most unfortunately, tripped on a fiddle case in the packed room. 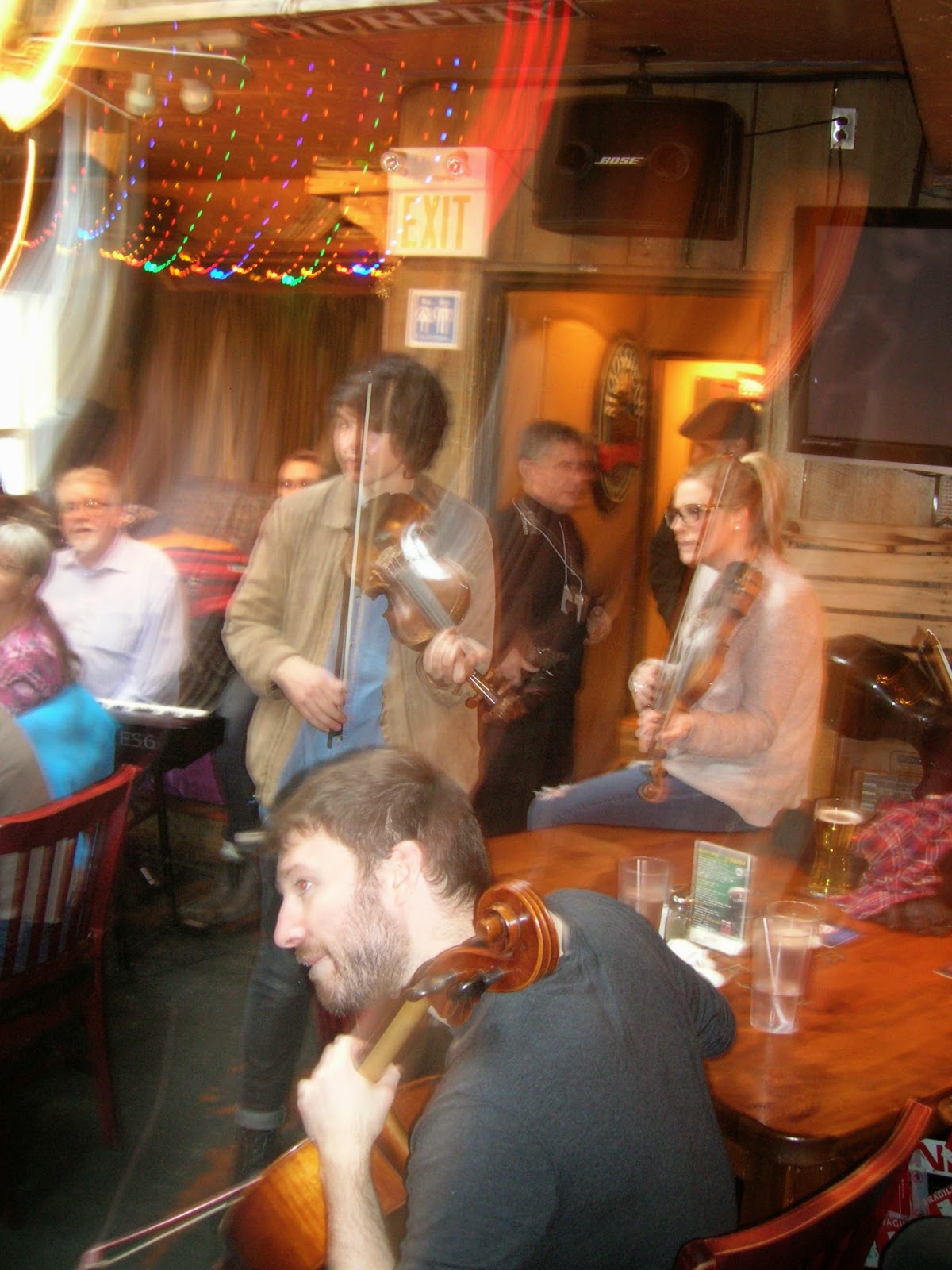 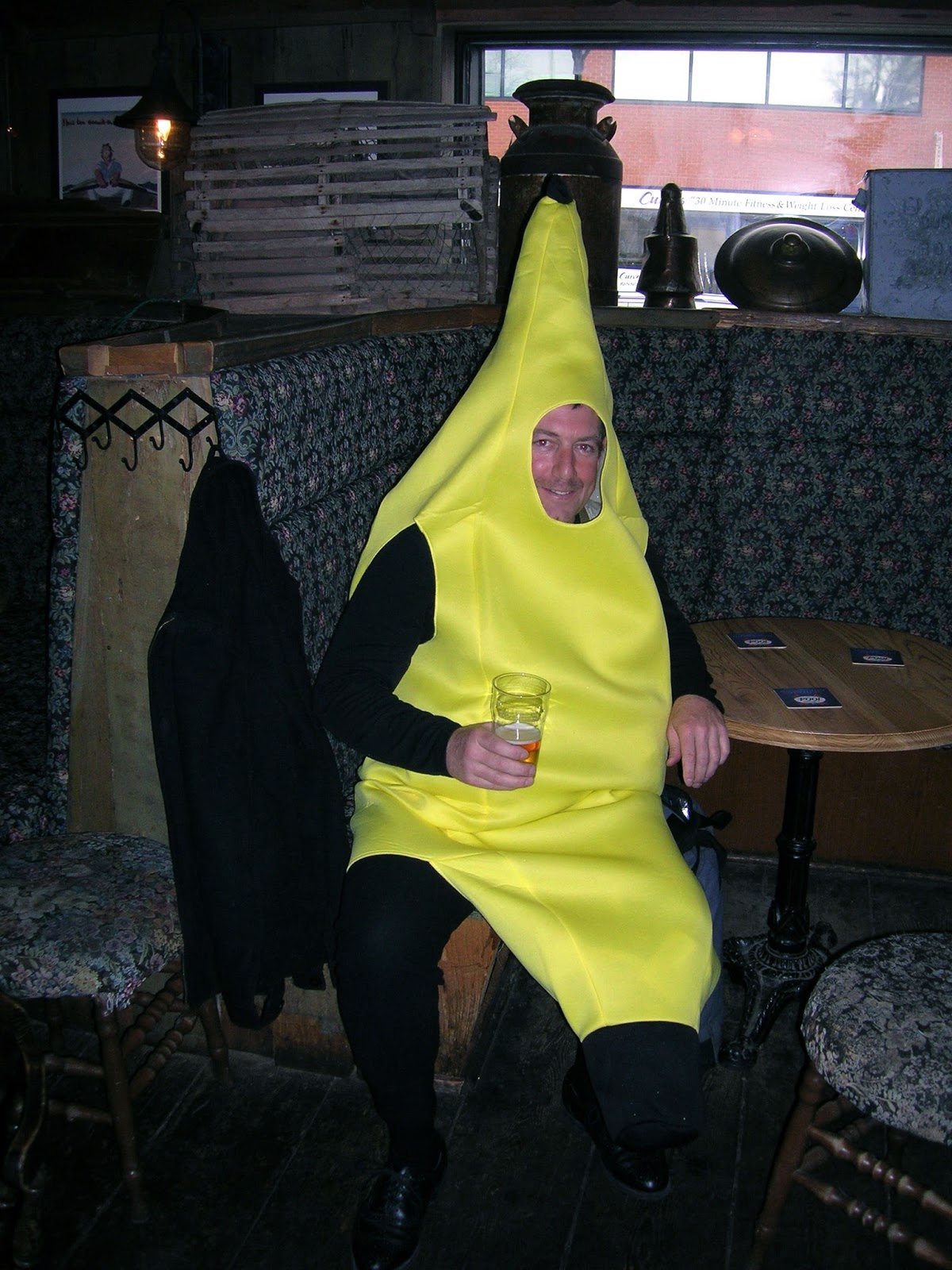 Instrumental in its musical success were Quinn Bachand and  Lizzy Hoyt,  and passing through for a listen were Kacy & Clayton, OFC director Arthur McGregor  and a relaxing banana. 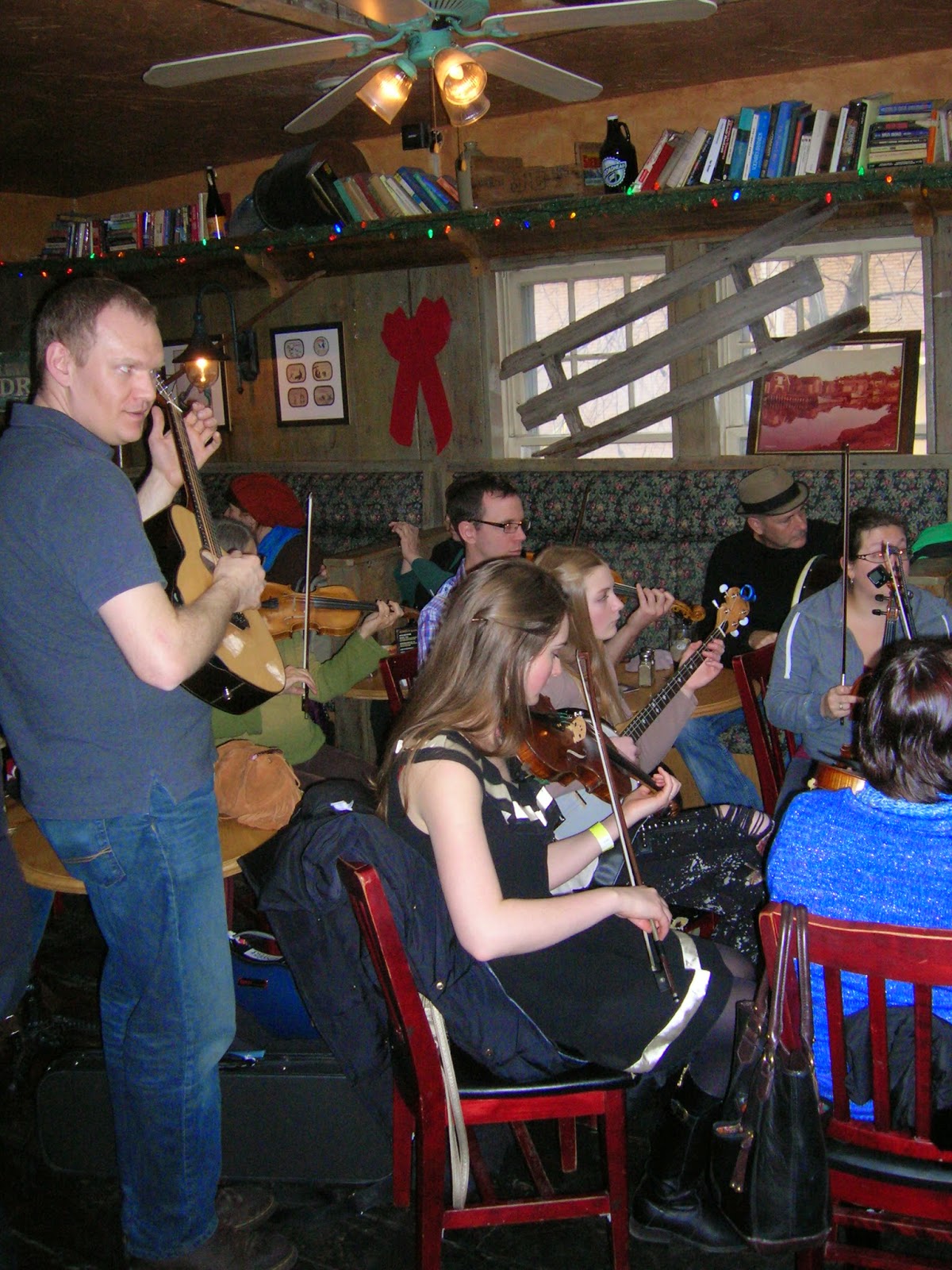 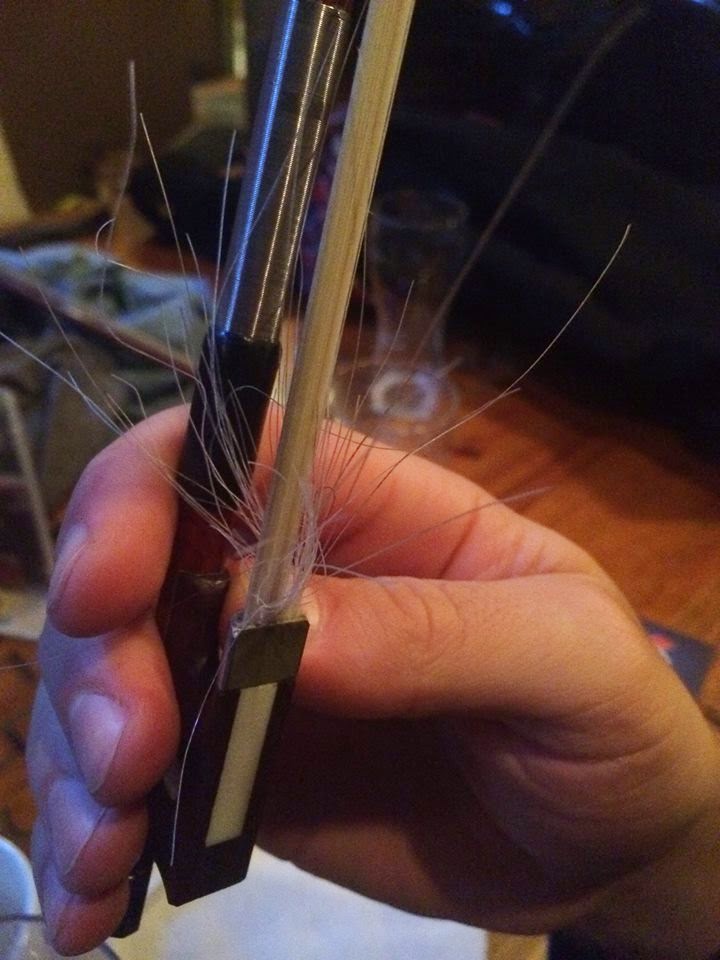 And across the street a song circle with Amanda Rheaume, & John MacDonald, Kacy & Clayton and James Keelaghan, amongst many others, was holding a crowd of its own over the course of the afternoon. 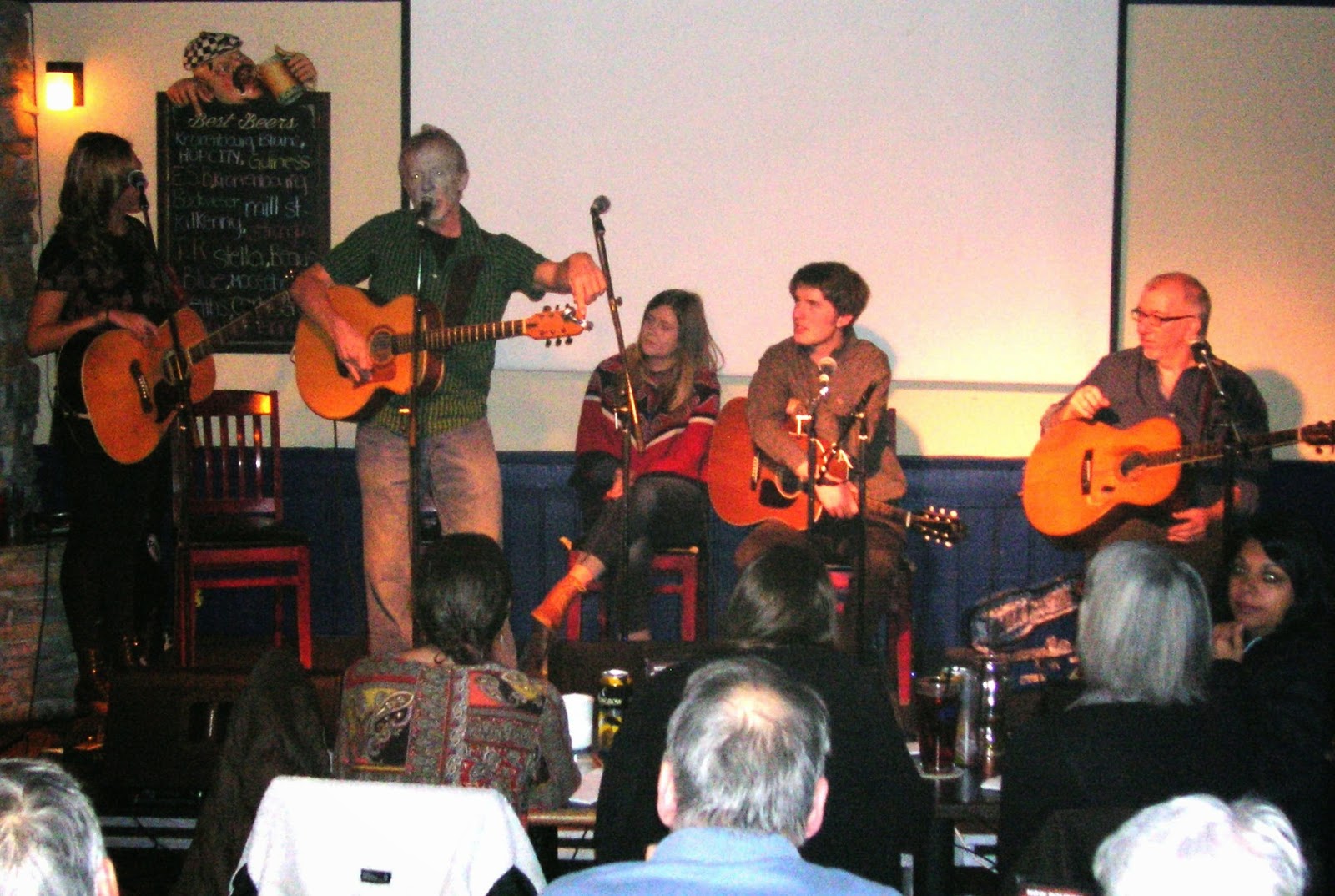 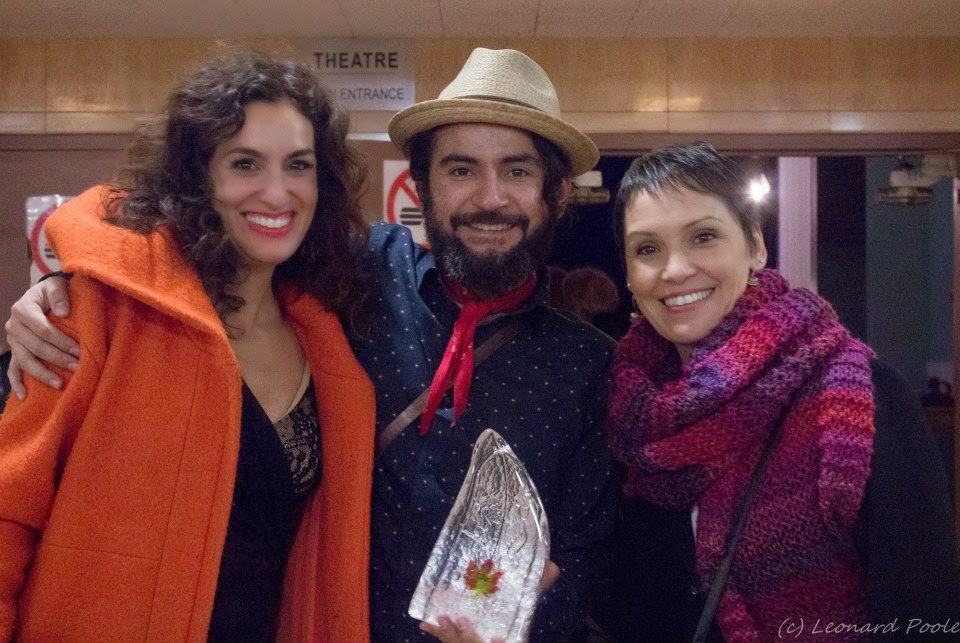 
Perhaps to accommodate fans of the Grey Cup, the awards ceremony was held on Saturday this year. It was a brilliant evening, with excitement levels running high for the 500-plus attendees and artists. The venue for the previous nights' nominee showcases was used as a cloakroom  and schmooze-atorium with Beaus Lugtread beer and a dry pinot noir available to burnish and galvanize those more retiring personalities.

And there was a choir there too, thank-you very much. 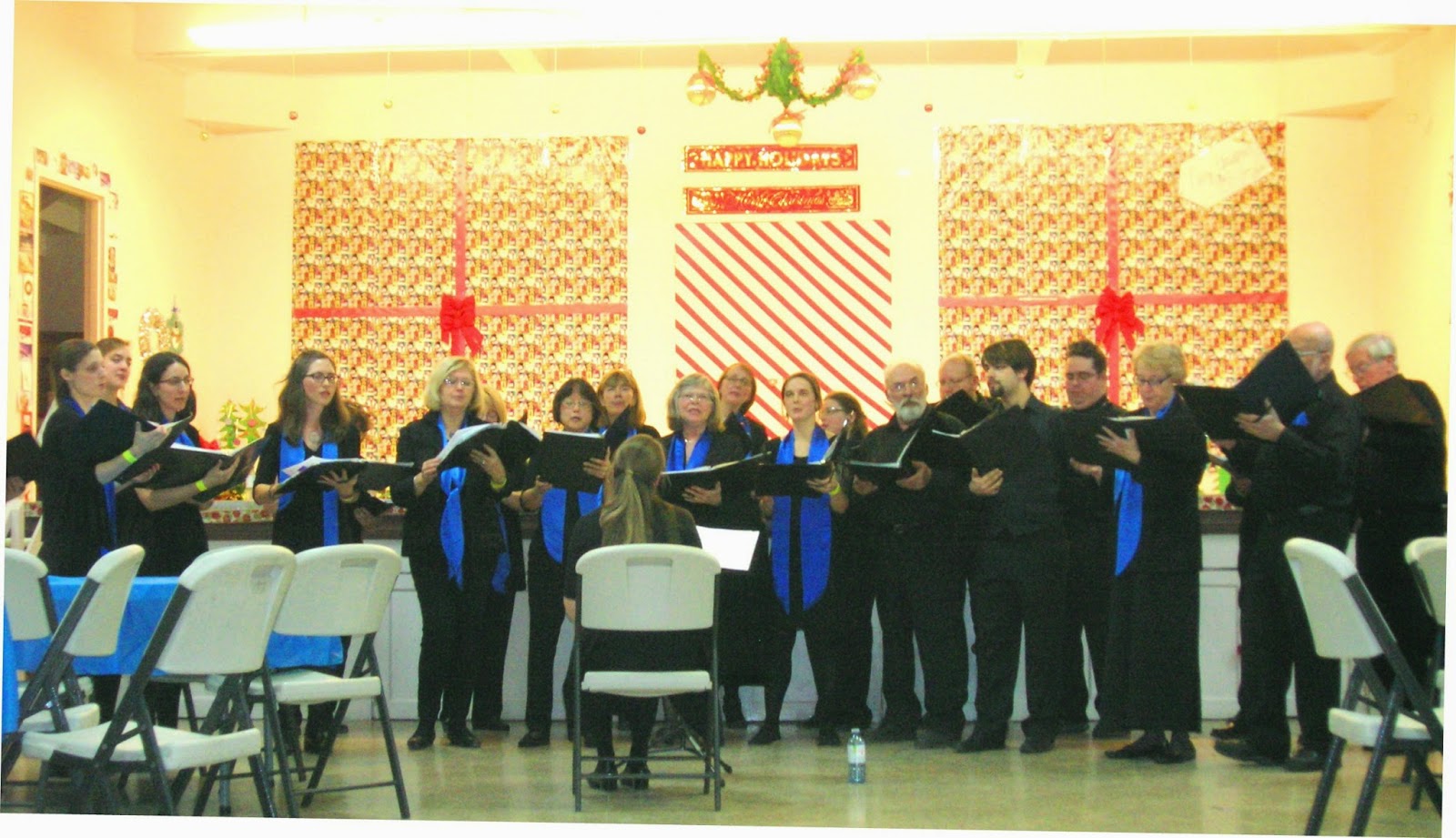 The Siamsa Singers from Montreal, led by CFMA recipient Sarah Burnell (Young Performer of the Year, 2007).

Meanwhile, at the main event, The Bytown Throwdown... 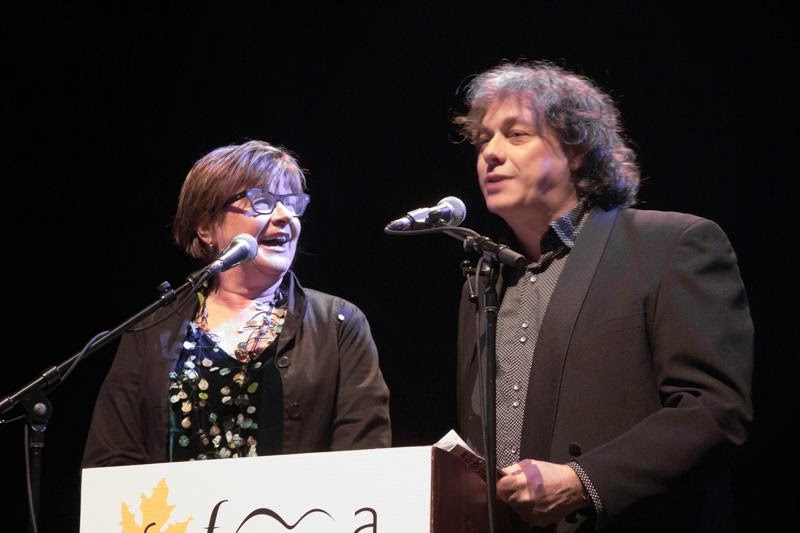 Benoit Bourque and Shelagh Rogers were the hosts with the most cheery toasts. Their combined energy and charisma seemed inexhaustible. Benoit shouted out the quality of the backstage wine. 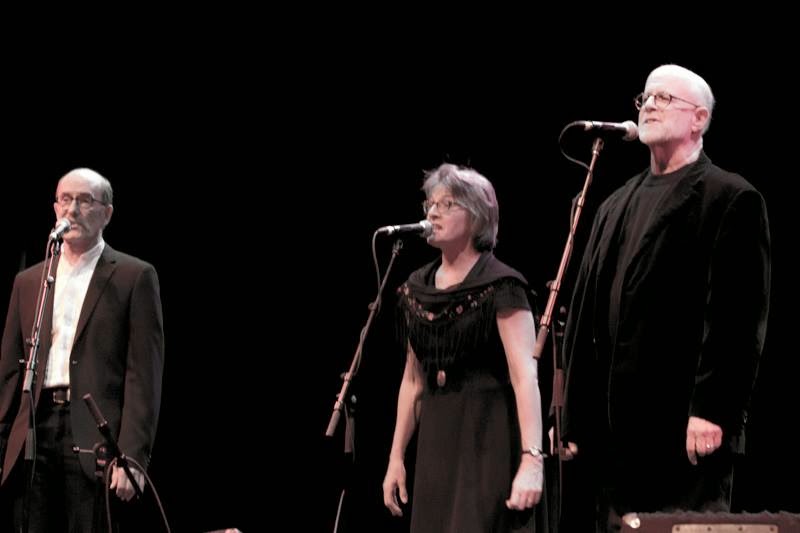 Finest Kind won over the crowd with an excruciatingly honest (and therefore, funny) reworking of John Barleycorn in which they confided the secrets of their musical success. 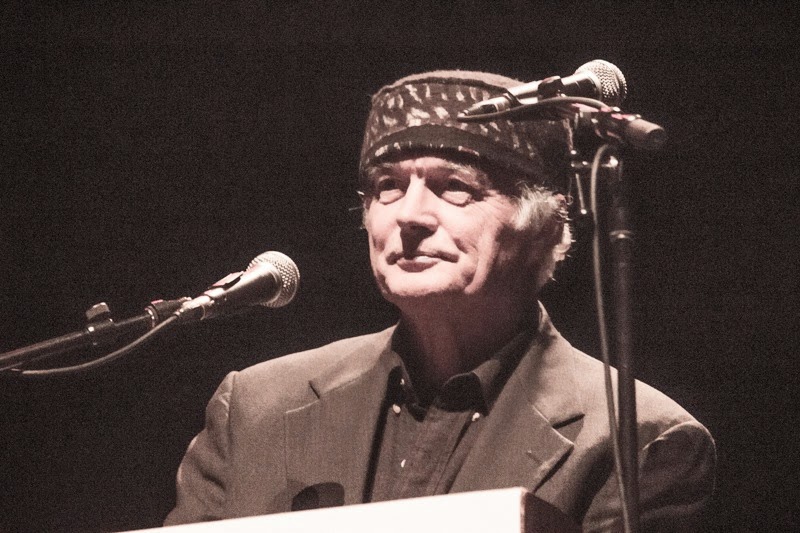 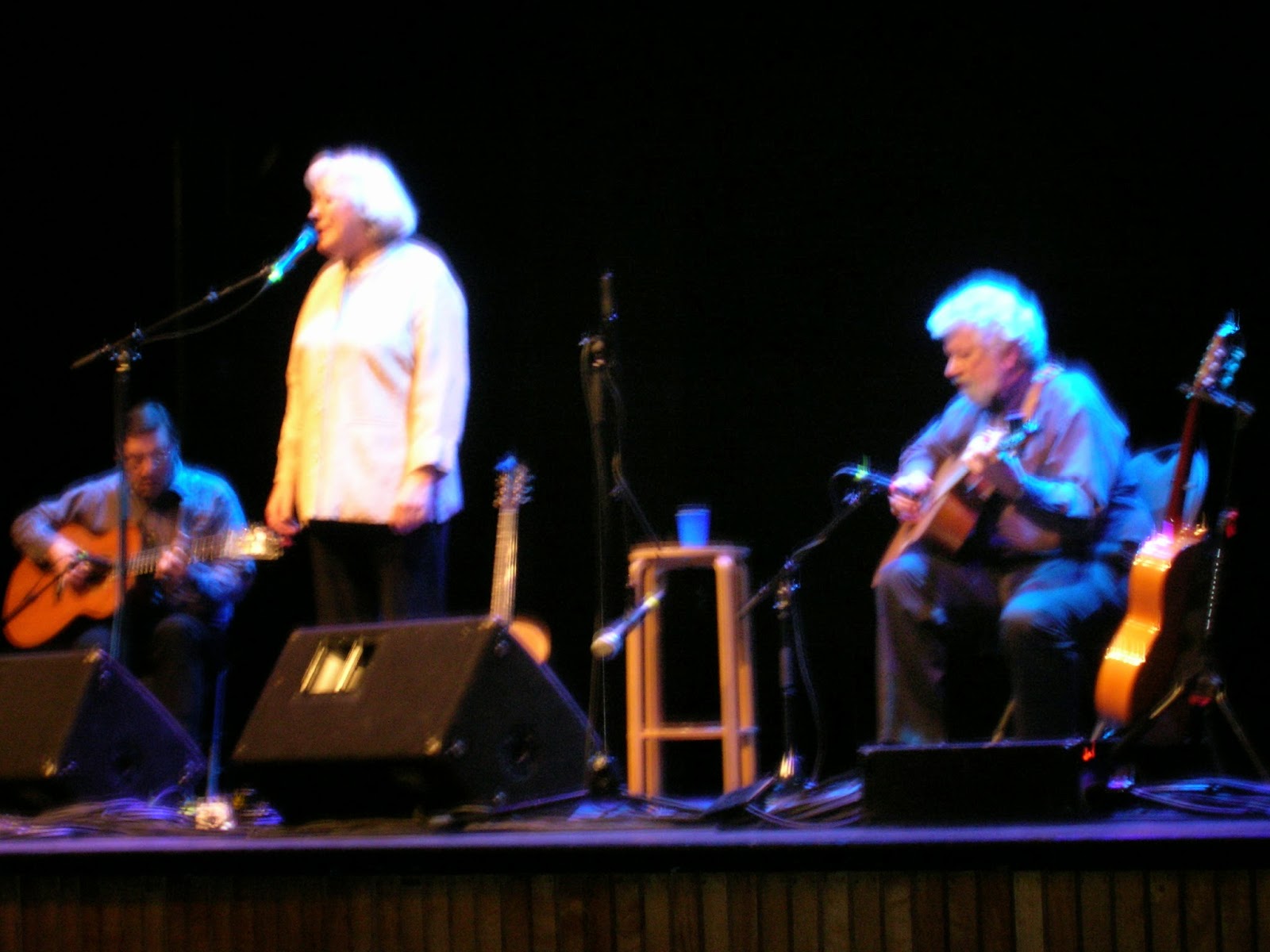 Ian Tamblyn  gave a heartfelt and hilarious testimonial to his old friend and Unsung Hero honoree, 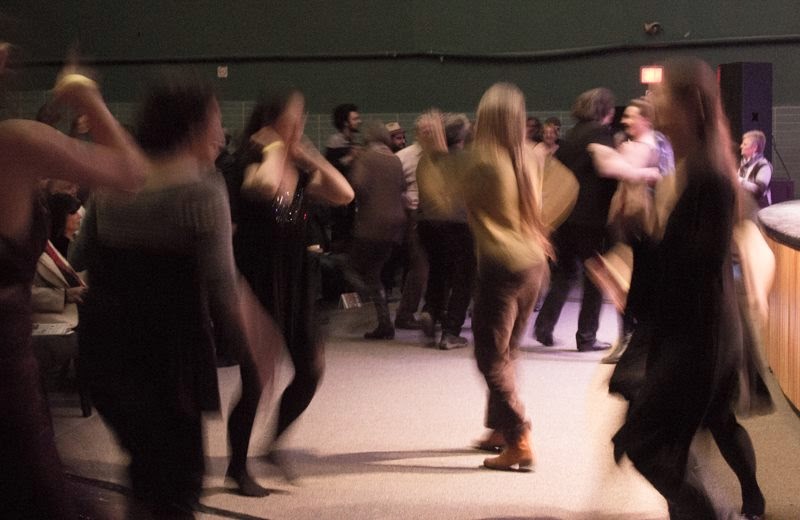 And then, at the urgent insistence of De Temps Antan, we danced.

An after-party at the Marriott featured the instantaneous consumption of two full tables of food that had cost, as Grit Laskin said,"enough to buy a small car." Fortunately, the bar was well stocked, and spirits remained high until the last twinkle.

And then things got warm and fuzzy, as the photographic records indicate. 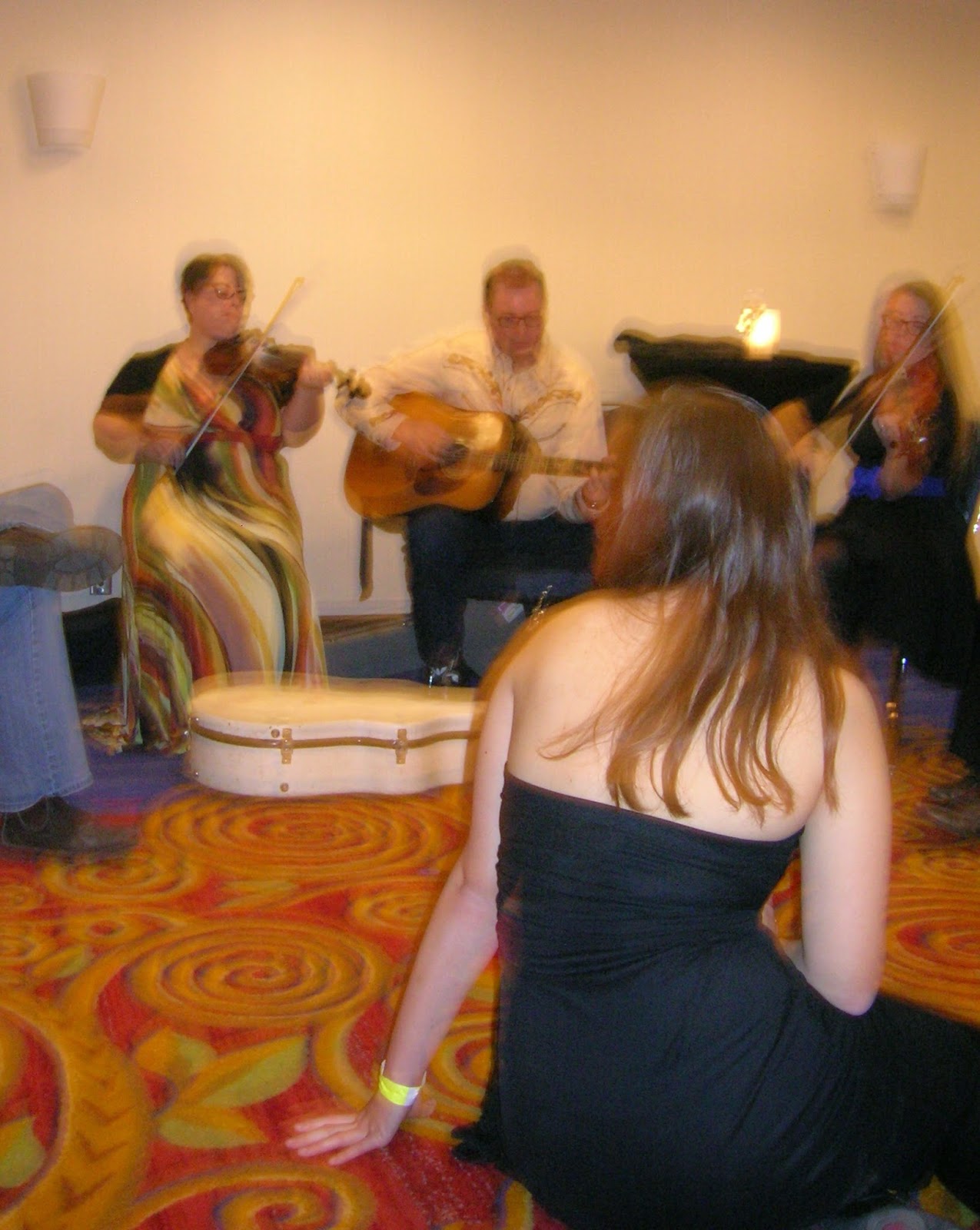 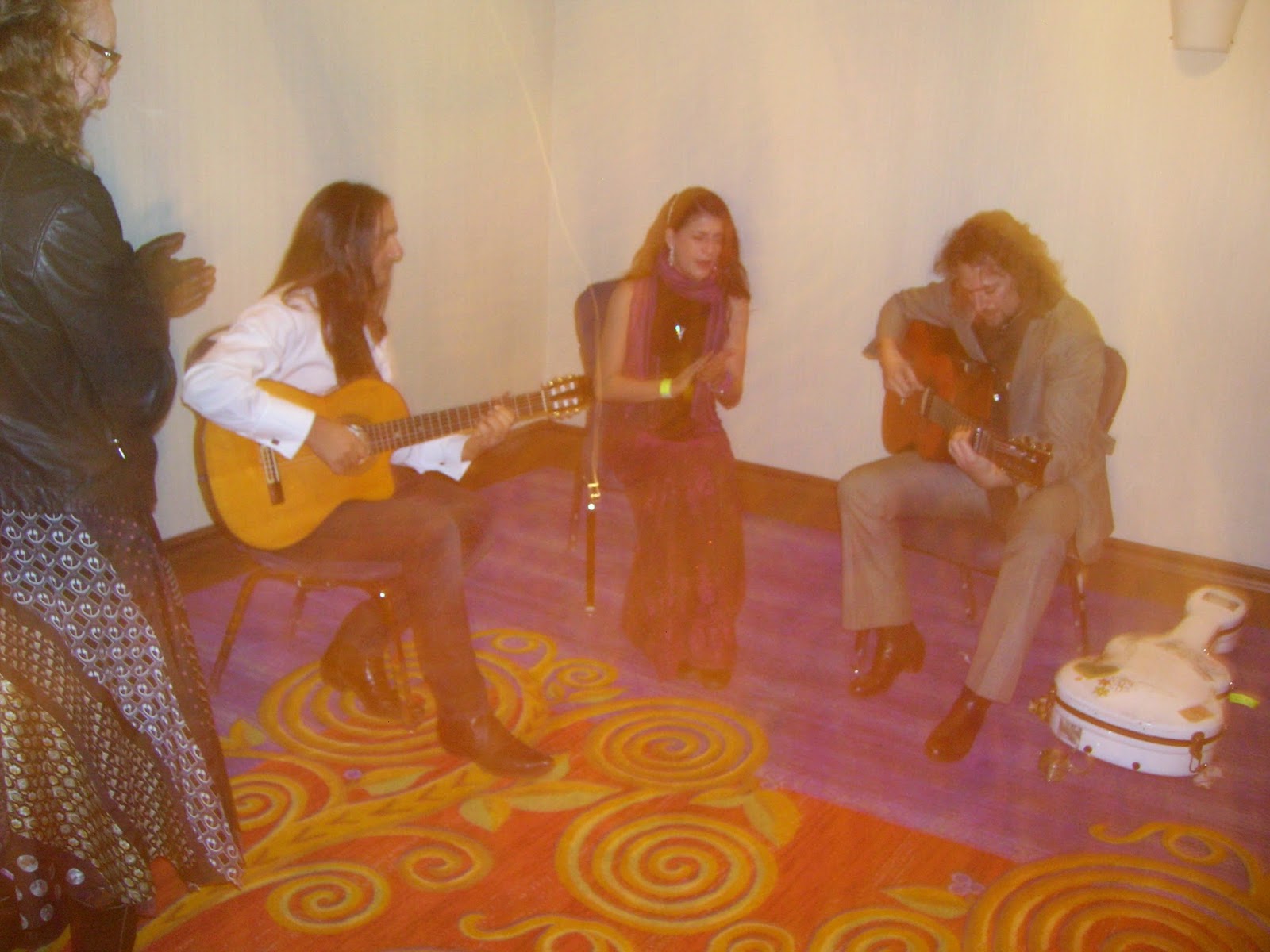 Buffy and Larry set up and played fiddle music in one corner of the room and Jorge Martinez jammed soulful flamenco with Ventanas at the opposite end, modeling the familiar diversity and flexible social fabric that consistently holds this community and the nation itself together, despite the economy, the government and cold weather in general. 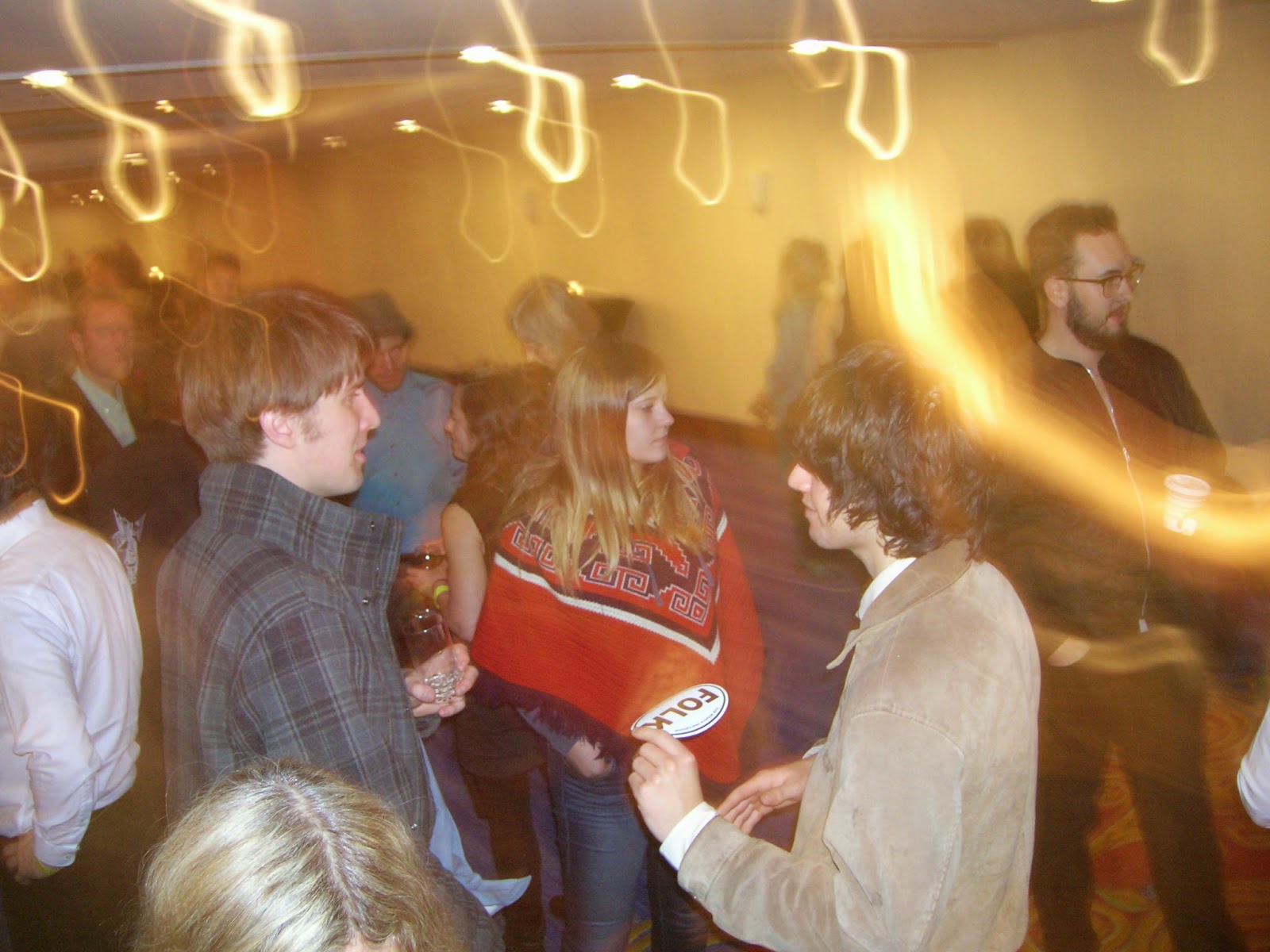 Kacy & Clayton and Quinn Bachand were amongst the winners and wanderers caught up in the celebrations.

It was a great 10th anniversary life event for the CFMA's and for all us folk.